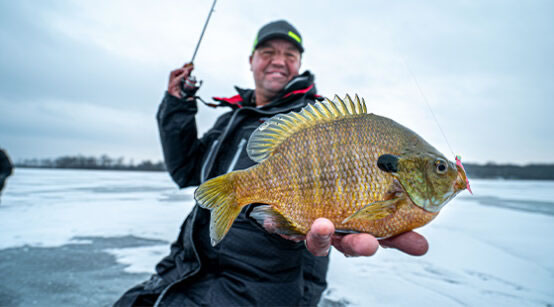 Perhaps the perfect panfish jig, the Tungsten Tubby Jig boasts a super-fast drop speed,allowing ice anglers to deliver their favorite natural and soft-plastic baits to the strike zone faster. Tungsten Mongo Jigs offer the same weight as traditional lead jigs, at half the size, enabling them to drop through the water column like a fish-seeking missile to keep a hot bite on fire.

Tungsten Mongo Jig
Tungsten construction is what allows both Tubby Jigs and Mongo Jigs to fall faster than lead jigs – an important feature when a hungry school moves in. Because tungsten sinks much faster than lead, even a tiny tungsten jig will get back down to biting fish noticeably quicker than a standard lead-head jig. 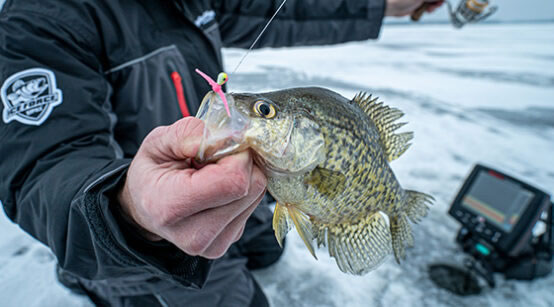