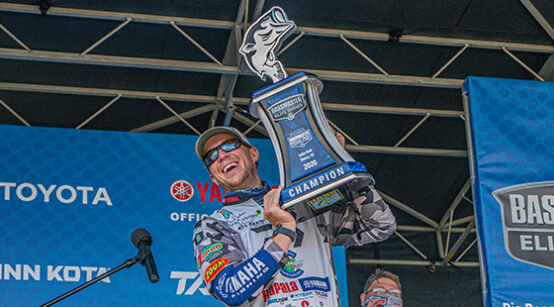 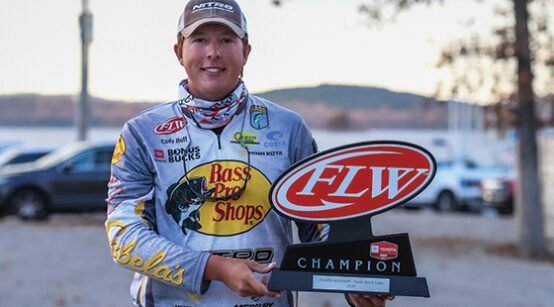 "What a week; it doesn't seem real," Walters said. "Everyone wants to catch 100 pounds, and it feels good to do it."

Walters caught most of his big bass by pulling jerkbaits over fish suspending among the branches of submerged trees. Key among a trio of jerkbaits he rotated through to get bites was a Rapala Shadow Rap Deep. Varying his selection and trying different colors was essential to bite generation, Bassmaster.com reported.

Combining a horizontal struggle with a vertical fade, Shadow Rap jerkbaits perfectly mimic an injured minnow's last moments. Unlike a host of similar-looking jerkbaits, Shadow Raps neither rise slightly on the pause, nor strictly suspend in space.

And while most look-alike jerkbaits follow a forward trajectory with each twitch of the rod tip, the Shadow Rap's action stands out. Not only does it dart side to side, it'll spin around almost 180 degrees with the right action applied. As a result, it can trigger bites in three phases of your retrieve – initial kick, snap back to action, and on the pause, while slowly sinking, nose down. Walters used Sufix® Advance Fluorocarbon in 12 and 14 pound test, opting for 14# when he was fishing thicker cover and 12# when the cover was a bit more sparse. "I can't believe how dang strong that line is, I'm telling you I see-sawed multiple fish in and around these trees and branches and NEVER broke off!" 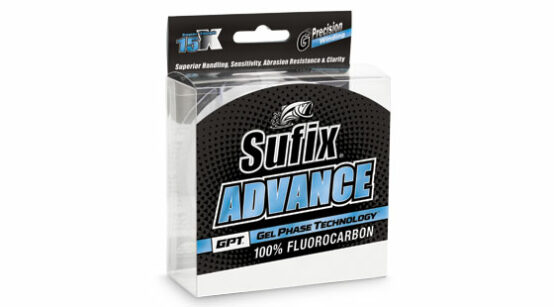 "I was fishing what I call that ‘in-between zone' of 10 to 12 feet of water," Palaniuk explained. "I was just fishing these clean spots."

"DT" stands for "Dives To." DT-series crankbaits dive fast to pre-set depths and stay in the strike zone longer than any other lookalike crankbait. A DT-14, for example, dives to and swims at 14 feet. Built of balsa wood, Rapala's signature material, DT's combine carefully placed internal weights, a tapered fuselage and a thin tail to create a unique crankbait action. Whether you prefer raking shallow shorelines or scouring off-shore spots, off-color water is often key to cranking success. In stained to muddy water, red, orange and chartreuse DT cranks generally out-produce brownish and greenish patterns.

Texas Fest differs from other Elite Series tournaments in that it awards a separate prize – a Toyota Tundra – to the angler that catches the biggest bass. Feider caught his 9-pound, 9-ounce lunker on the tournament's first day of competition. He caught it on a Rapala OG Slim 6 crankbait in the Green Gizzard Shad color pattern. Feider left Bass Fest with both the truck and $15,000 for placing 11th in the tournament.

A non-rattling, easy-casting crankbait that swims with a medium wobble and tight side-to-side action, the OG Slim 6 sports a lightweight, circuit board lip. It will dive to six feet when fished on 12-pound-test line. Although its name derives, in part, from its thin, flat-sided profile, its balsa-wood construction gives it a live-minnow action that similar-looking flat-sided plastic crankbaits can't imitate.

Huff's primary pattern on Table Rock was dropping a chrome-blue No. 9 Rapala Jigging Rap to fish he could see on his electronics.

"That was the key to getting bigger bites on the first two days, especially for bigger largemouths sitting in 40 to 70 feet of water over anywhere from 50 to 100 feet from Indian Point down to the dam," FLW reported. "Once he'd drop on a group of bass, he says it didn't take long for them to eat if they were going to. A hop or two at most was all it took to trigger them, and oftentimes they'd pounce on it as soon as it got to them."

Long predominant as ice-fishing lures, Jigging Raps were proven equally productive as open-water baits in the last few years after several Rapala pros won or placed high with them in tournaments. After that, this once-secret tactic went public. Featuring a balanced, weighted minnow profile, Jigging Raps swim in tantalizing circles on the fall. With single reversed hooks on the nose and posterior, and a center treble hook hung from a belly eyelet, they don't allow for missed bites — regardless of how a fish attacks, it's running smack dab into a hook.

Rapala
If you have a press release that you would like to see featured on Lake-Link please contact us.
TRENDING DISCUSSIONS
Advertise here
Advertise here
Please take a moment to visit our sponsors. Without them we would not be here.