Day in the Life of a Lake Map Surveyor

SHARE THIS PAGE
A view into Justin Atkins' history of surveying lakes for Humminbird and his rise to professional bass fishing.

Florence, Alabama-based Justin Atkins wasn't always a pro angler. First, he was employed by Humminbird as a surveyor of LakeMaster high-definition cartography products, which meant he spent plenty of time on the water but it was collecting and studying the nuances of depth and structure in lakes, reservoirs, and rivers.

It was what he describes as a "dream job," yet while employed for Lakemaster he also dreamed of fishing professionally. 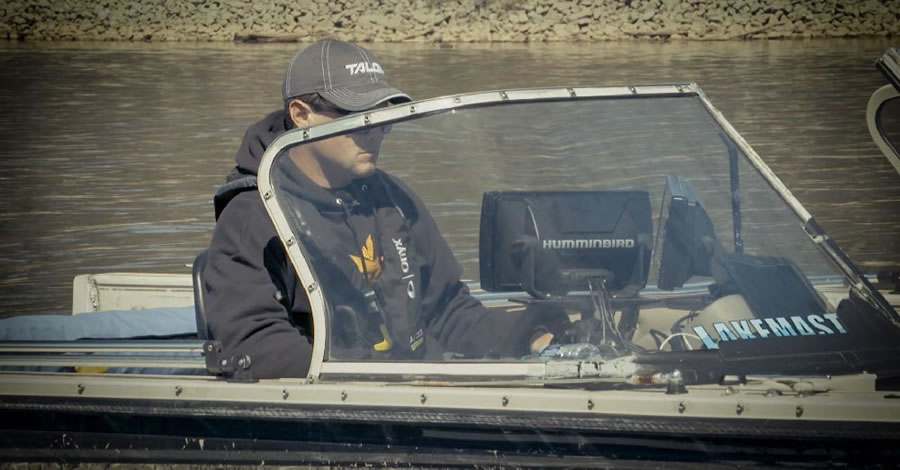 Justin surveying in the original LakeMaster survey boat.
After one year of working for LakeMaster, Atkins started fishing the FLW Series and in three short years has quickly made a name for himself. He's already amassed an impressive $520,660 in winnings with 17 career top 10 finishes including first place at the 2017 FLW Championship on Lake Murray in South Carolina.

As the 2017 FLW Champion, Atkins brought home a giant cardboard check in the amount of $300,000 and the coveted Forrest Wood Cup Trophy. 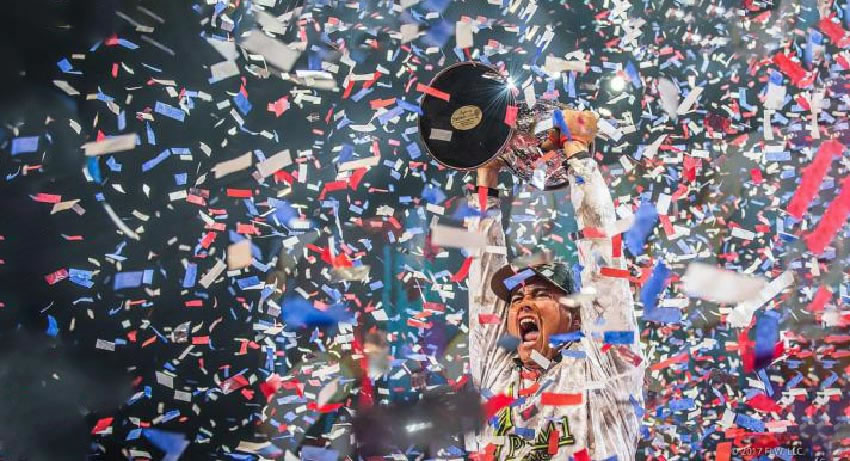 Photo courtesy of FLW // flwfishing.com
Atkins credits his time at Lakemaster surveying as a distinct advantage in his professional career fishing FLW events. Not only does he have the knowledge of how waters are surveyed, but his boat is loaded with networked Humminbird and Minn Kota products with the most accurate lake maps on the market, the same LakeMaster cards available at retail to anglers of all levels.

"Justin did a great job in the time that he worked for us. He obviously learned a lot that really helped his understanding of fishing structure—how to cast, where to cast, how fish are going to relate to different kinds of structure," says Surveying and GIS Manager, Tom Schulz. 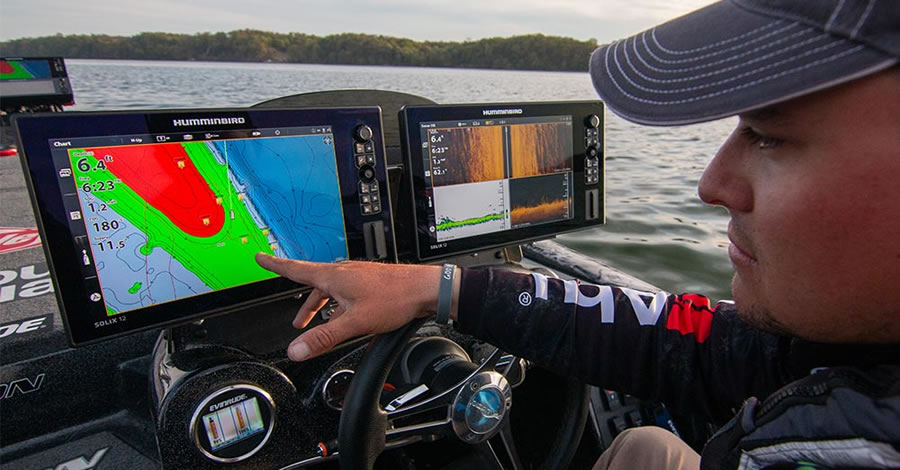 Justin using Shallow Water and Depth Highlight to identify key lake structures
"Justin and our Survey Manager Mike had spent a lot of time training in the boat together—Mike showing him our proprietary surveying patterns, specialized techniques, how we go about a survey – the thought process and the theory behind it," added Schulz.

"Justin is a smart kid and was able to really pick that up quite quickly. That's part of the reason he's fishing professionally. He's got that mentality, that ability to think on his feet and take information that he's given and apply that to surveying and cross it over into fishing". 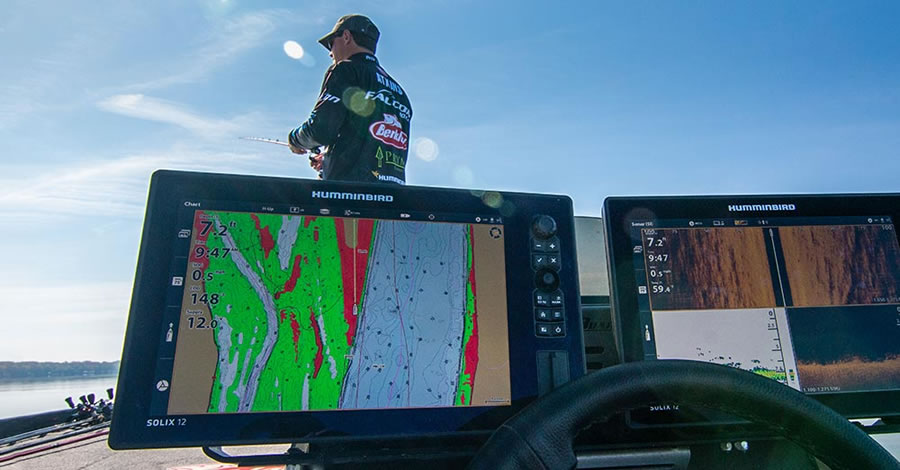 "What's impressive about Justin is he came in with the intimate knowledge of how to bass fish from his college days, but he wanted to learn more as he was working his way into the professional bass world."

"What his time at LakeMaster allowed him to do was gain knowledge of how we use the electronics to survey waters, which teaches you a lot about sonar and mapping in general—and also teaches you about how lakes are structured," added Erwin. 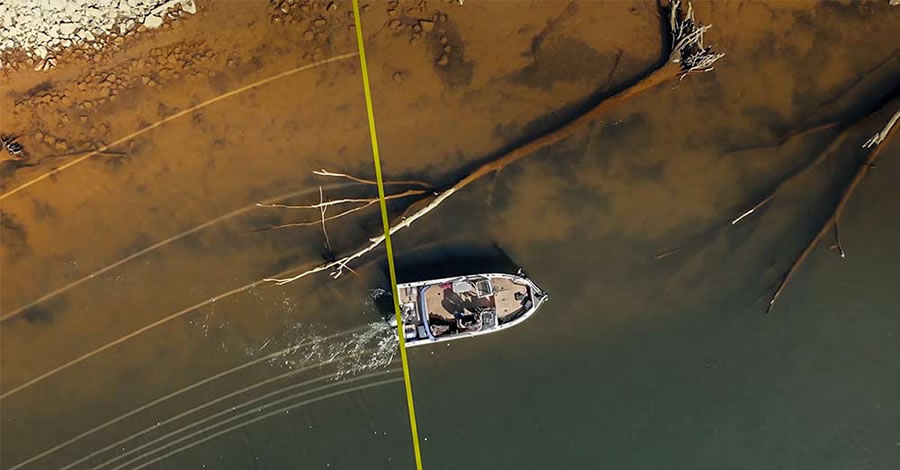 'We tear up props and lower units so you don't have to' - Justin Atkins
"What Justin took away was a lot of intimate information as he was going around surveying these lakes of how the vegetation lays down, the structure in river channels lay down, and what the maps mean after we create them and what that information really means in terms of what would be good places to fish. More than anything, I think that's what Justin took away from his time surveying with us and he did a really phenomenal job," says Erwin.

"There's no doubt that my time at Lakemaster building the best maps on the market definitely helped me with my professional fishing career," says Atkins.

"You just can't be effective and efficient on the water without an awesome map and having the best map made is definitely going to help you do that."

"From our survey team to the GIS crew at Lakemaster, we're all avid anglers and we all know what we expect and want to get out of our fishing experience and out of our maps." 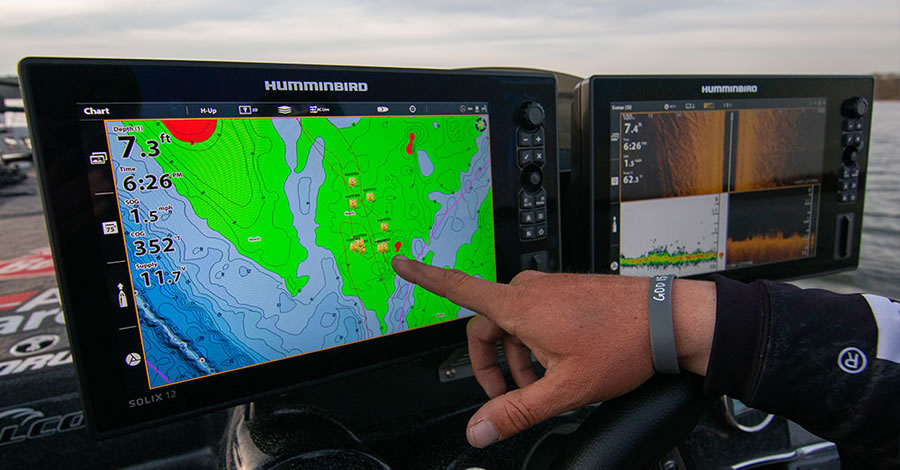 'Justin points out the fine details of his LakeMaster charts
At Lakemaster you're not going to have any holes in the data. We're going to go above and beyond to make sure we fill in those holes and have accurate data".

"So when you buy a Lakemaster HD chip you can rest assured there's been a body on that lake collecting data—there's no guesswork, there wasn't any purchased information—that is true data that has been collected by Lakemaster," adds Atkins.

Humminbird
If you have a press release that you would like to see featured on Lake-Link please contact us.
BITS & BITES
Advertise here
Advertise here
Please take a moment to visit our sponsors. Without them we would not be here.