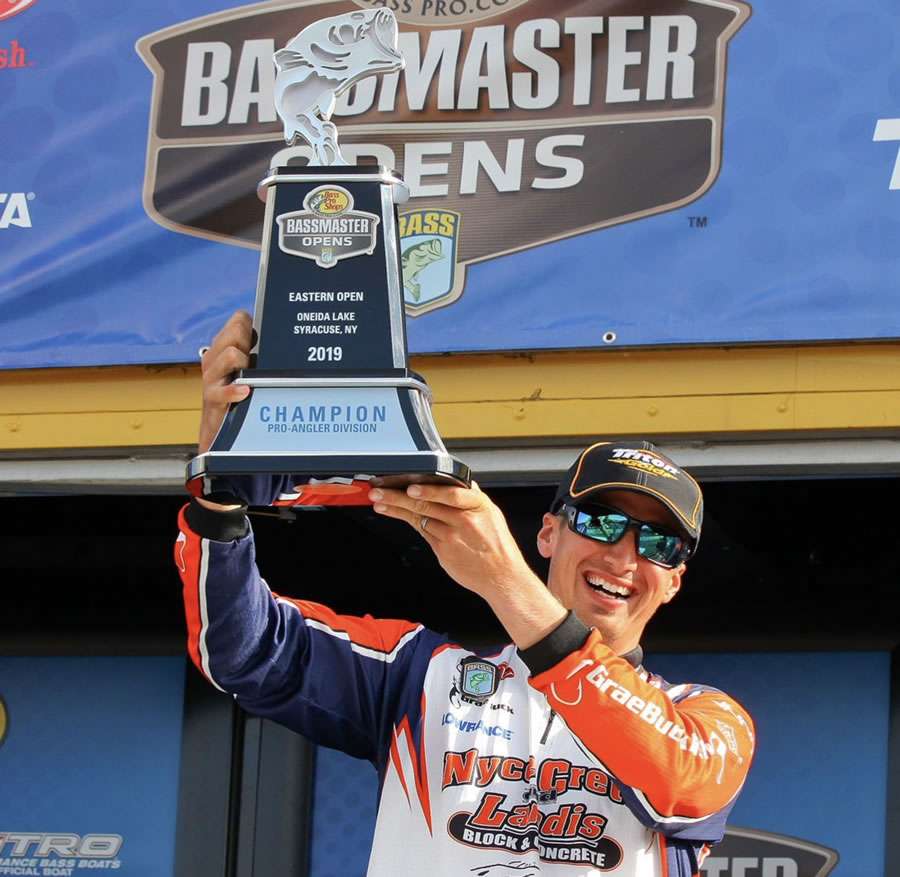 Last season, Buck's engaging, enquiring nature drove him to drop an Aqua-Vu underwater camera into the depths. Like most anglers peering through underwater optics, he relished thoughts of the cool things that might swim past the lens. What would it really look like down below? What secrets would he learn? That bass would instantly swim over and give him quizzical looks through the lens wasn't something he necessarily anticipated.

Following a successful 2020 FLW Tour campaign, 3rd place in the Angler of the Year contest and an accelerated underwater learning curve, Buck recently added Aqua-Vu to his sponsor roster and his fish-finding arsenal. The reasons, Buck will tell you, go beyond a curiosity for the underwater world. 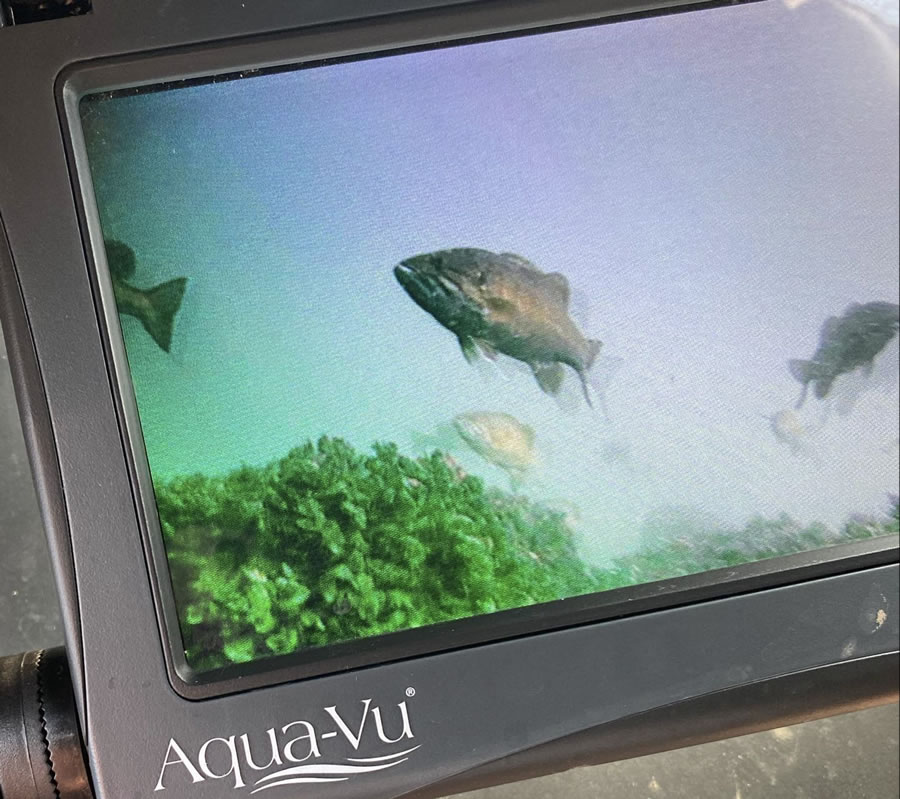 Buck says the camera often acts as a fish attractor for curious species like smallmouth bass.
"Many of the anglers on the different bass tours are realizing just how valuable an Aqua-Vu camera can be, particularly on clear northern and Great Lakes fisheries, as well as many of the deep reservoirs in the mid-south," affirms Buck, a longtime smallmouth fan.

"For me, an Aqua-Vu plays big in species ID- helping see and verify bass versus non-scoring fish like drum, carp, walleyes or catfish. And what's cool is that curious species like smallmouths actually swim right over to check out the optics; an Aqua-Vu can actually be a fish attractor. Pretty cool side benefit." 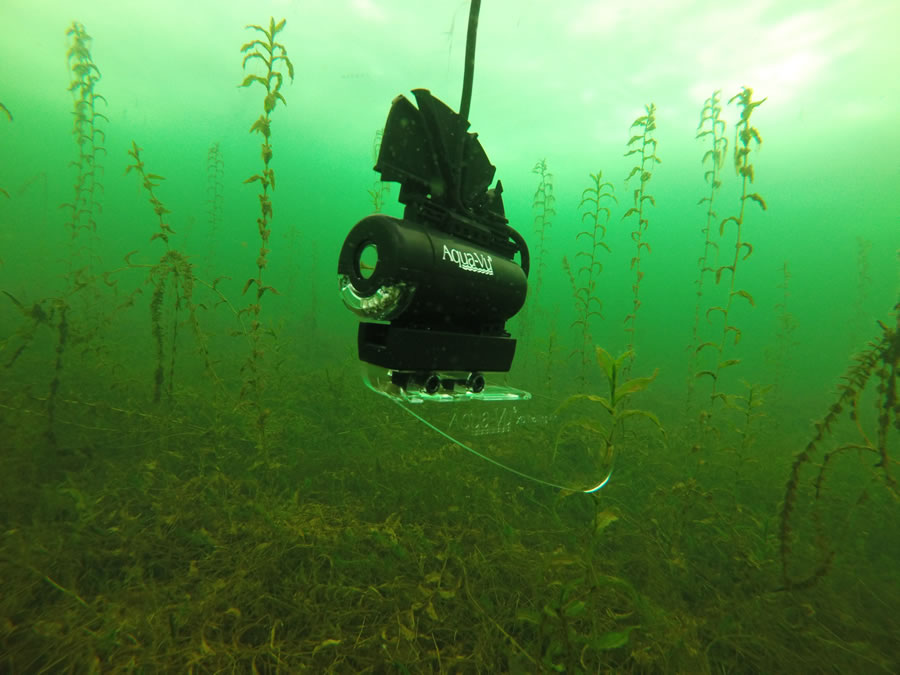 "He's a major smallmouth fan, but he's also proving to be a top-notch angler on the country's best largemouth lakes," Ringer adds. "No question, Grae's one of the great up-and-coming bass pros out there, and a lot of that relates to his thirst for learning all he can about the underwater world. We're looking forward to working with Grae and to open more anglers' eyes to the fun and learning of an Aqua-Vu camera." 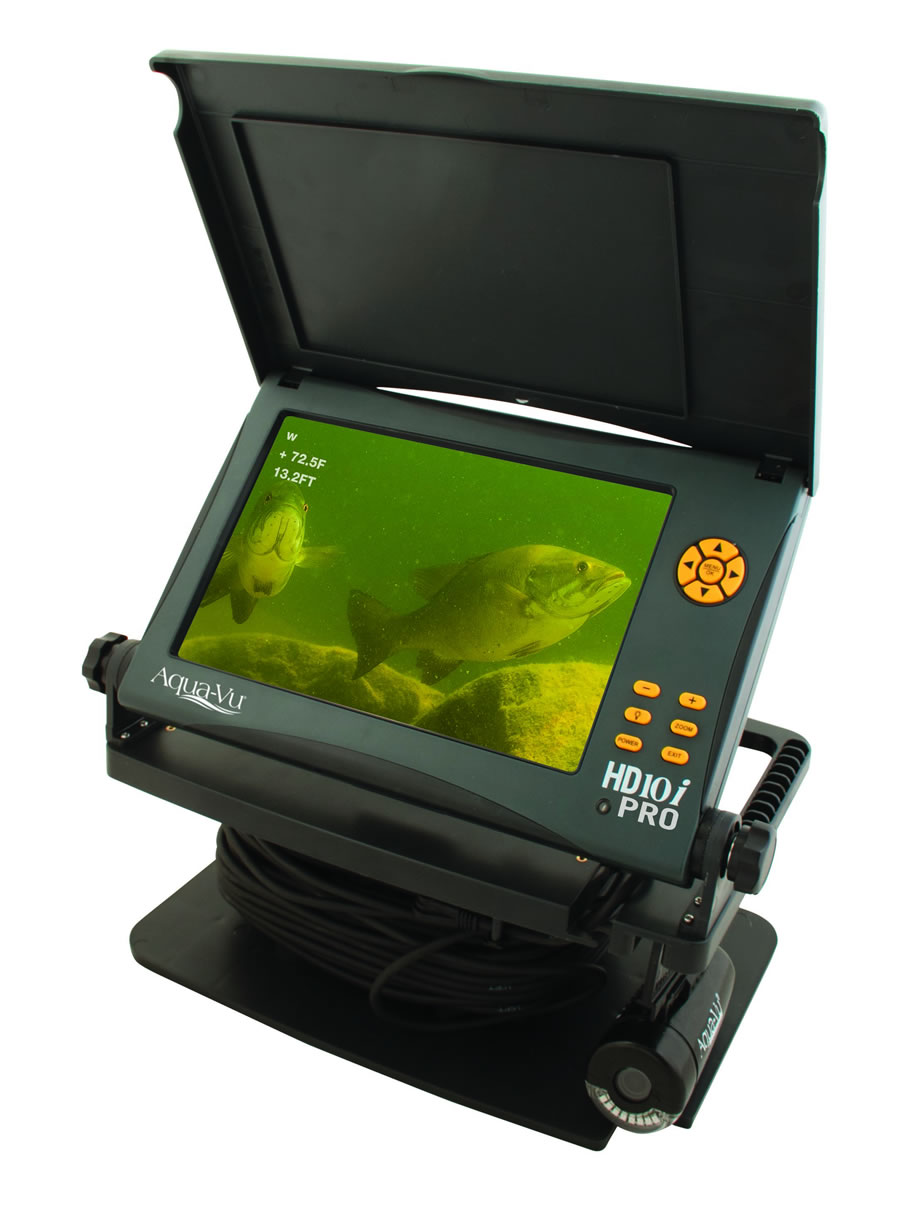 An Aqua-Vu HD10i Pro has become standard equipment for discovering bass on deep structure.Aqua-Vu pro Grae Buck.
At the FLW Lake Erie Super Tournament last August, Buck wielded an Aqua-Vu in prefishing to help fine-tune a highly-productive pattern. "I used the camera to discover the exact size, color and shape of rock used by smallmouths on deeper structure," recalls the Green Lane, Pennsylvania angler. "I've done this several times, and it's a bigtime visual aid for helping to duplicate a pattern in other areas of the lake and generate a lot more bites than I could have without the camera. It's such an efficient, time-saving play on so many lakes."

Relative to positive species ID, Buck relates another on-water scenario. "On Erie, the St. Lawrence, Sturgeon Bay and other northern fisheries, it's unbelievable how many drum and other fish are out there. Drum look exactly like smallmouths on sonar. But when you drop a camera, the difference becomes clear. Beyond obvious physical differences, drum often act much more skittish, while the bass swim right over to check out the Aqua-Vu. So even if I don't see any bass right away, I'll leave the camera down for a minute or two, and any smallmouths in the vicinity will swim over to investigate.

"And if there's a giant living on a boulder, you'll see it right away. No doubt, if you're in to catching big smallies, you need to have an Aqua-Vu on board." 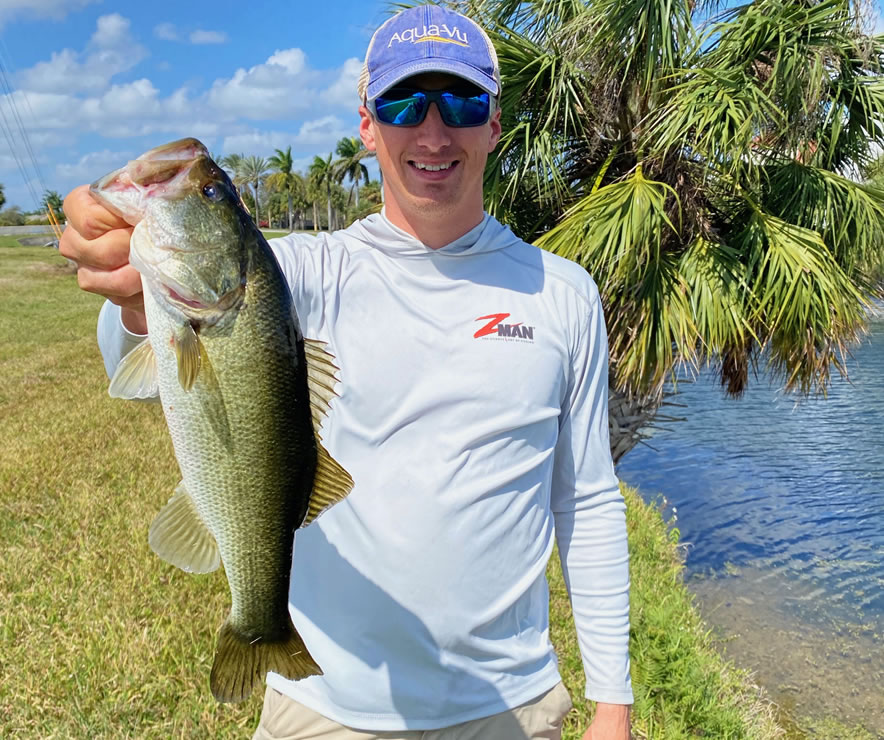 Aqua-Vu
If you have a press release that you would like to see featured on Lake-Link please contact us.
TRENDING DISCUSSIONS
Advertise here
Advertise here
Please take a moment to visit our sponsors. Without them we would not be here.