SHARE THIS PAGE
"The first time I ever met my dad, he gave me a St. Croix rod." 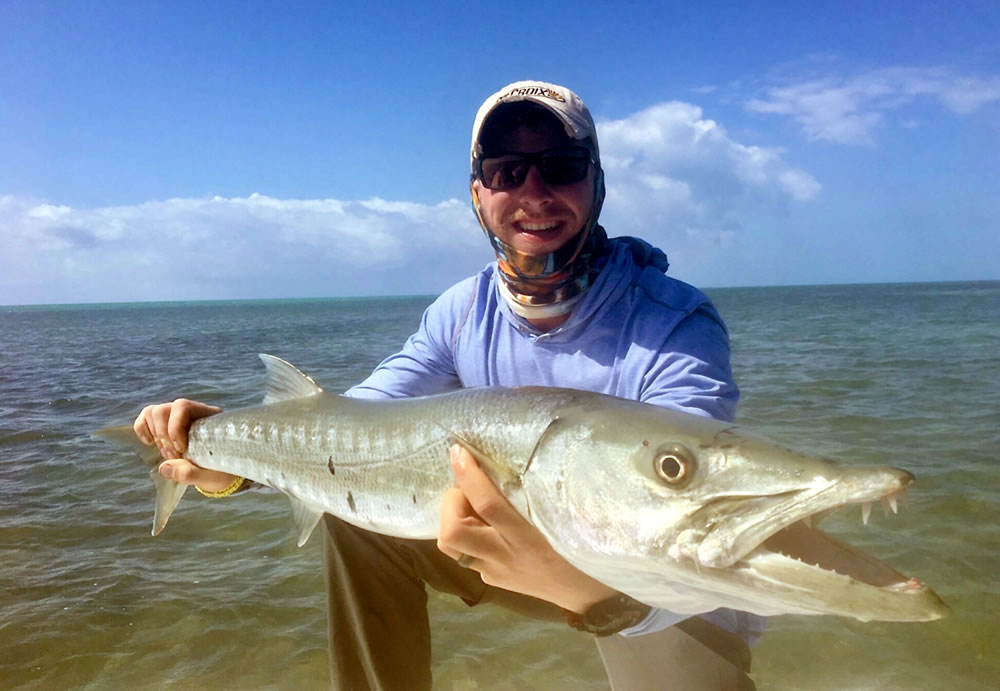 PARK FALLS, Wisc. - Shared angling passions routinely create new human bonds and strengthen existing ones. Whether between friends, casual acquaintances, blood relatives, or anything in between, fishing has the unique power to bring people closer together.

Consider Geoffrey Manning of Roanoke, Virginia - the recently announced winner of St. Croix Rod's Voice Your Victory competition. His is the story of a self-taught angler who grew to love and appreciate fishing on his own terms before connecting later in life with another very special angler - the father he never knew he had.

Geoff grew up in a small town in southwest Virginia. "Pulaski was primarily a manufacturing town for furniture and textiles. The creek going through town drained into Claytor Lake, a dammed section of the New River, and it was stocked with trout," he says. "I grew up fishing that creek and local ponds before I was mobile enough to get to the lake and river. I don't remember my first fish, but it sparked something deep. It's been burning for as long as I can remember. Fishing has mostly been a solitary journey for me. I didn't have someone to take me fishing as a kid but I knew I wanted to do it. I learned to rig a rod by trial and error, and to choose a bait by what seemed natural for a fish to eat. I was enamored by the musky, trout and smallmouth bass mounts in my local barber shop, where the men inside read Field & Stream and told fish stories. I absorbed all of it like a sponge."

Manning expanded his fishing horizons over time, becoming enamored with smallmouth bass, musky, and mountain brook trout. He taught himself how to fly fish and began to travel to wet a line for new and exciting species in different areas. "Fishing became less about the fish and more about the experiences and knowing myself better," says Manning, who volunteered to run a fishing program at a local camp as a teen and then moved on to direct his own fishing camp as an adult. "It gave me the opportunity to share my philosophy, hopefully helping other kids like me." He also shares fishing with his young daughter, taking her along on every adventure he can. "She could cast and reel before she was two," he says. "I'm hoping to feed that spark in her… the same one that guides me. Fishing is a communication tool. For me, it's how I communicate with nature and myself, fighting hard to understand both. Victory for me is knowing myself a little better, and fishing gives that to me." 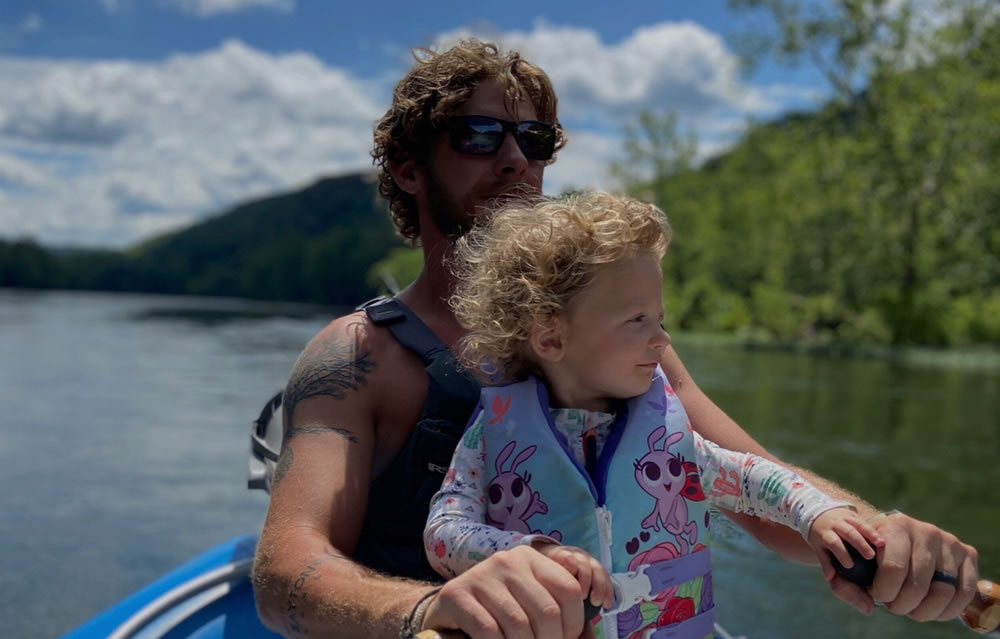 Geoffrey Manning recently experienced a major change in his life. "My dad and mom had a complicated relationship," he says. "Before I was born - and under pressing circumstances - he left for St. Louis and she eloped with a former boyfriend who I thought was my dad for 25 years. A latecomer to social media, my father didn't even know I existed until he recently looked up my mom on Facebook and saw pictures of me. The physical resemblance was undeniable and it shocked him. He was conflicted about making contact but his genetic kidney disorder eventually prompted him to reach out to me. He did so through a local attorney so I would have the health information I needed without feeling the pressure to start a relationship. But, at that point in my life, I had lost so many friends under tragic circumstances - a level of loss far greater than any person in their twenties should have to endure - that I figured God had taken enough people from me, and for that reason I shouldn't turn my back on the new ones he puts in."

Manning first met his dad, Wayne Cox, at Smith Mountain Lake near his home in Roanoke. "He had booked a guided striper trip for us," Manning recalls. "Figuring that he'd missed out on a bunch of birthdays and knowing that I liked fly fishing for trout, he consulted a friend on a gift for me. He brought me a St. Croix Imperial USA 5-weight fly rod with a Ross reel, because both were made in the USA. That turned out to be something that we both appreciated, and we continued to realize throughout that initial trip that we were much the same person in so many ways. Today, we have this great father and son relationship that might not be so great if I hadn't grown into a man on my own. We connect on all the levels that a father and son should but often can't. Fishing is a big part of that; it brought us together and helped create bond - a common language that has allowed our special relationship to grow. We fish together whenever possible and we philosophize over campfires and phone calls. We constantly remind each other of how similar our lives are and express appreciation for our relationship and for the human aspects of our circumstances. I'll never forget the day my dad gave me that St. Croix rod. It was the first time I didn't feel alone in my passion."

Earlier this fall, Geoff was notified by St. Croix that he had won the Voice of Victory video competition. He knew that he wanted his dad to share the spoils of his victory. The prize package included a 3-day/2-night expenses-paid trip to St. Croix Rod Factory in Park Falls, Wisconsin; a factory tour, a day of fishing with St. Croix employees; a Victory Rod for each of them (finished in person during the factory tour) with a Daiwa reel; and St. Croix Victory apparel bundle. Other supporting partners in the Voice Your Victory Giveaway were Z-Man Fishing, WileyX, Seaguar, Rapala, Daiwa, and Black Rifle Coffee Company.

"The entire trip was like a dream come true for my dad and me," Manning says. "Meeting all the great people at St. Croix and seeing everything that's involved in making their rods during the factory tour was something we'll never forget, but the very best part for me was fishing with Ryan (St. Croix Brand Manager and angling fanatic, Ryan Teach) in his boat full of St. Croix test rods."

Turns out that Manning found something very interesting on the deck of Teach's Bass Cat. "I've been craving a particular length, power, and action spinning rod for a specific bait presentation that I keep close to the vest on my local waters back home. I really don't want to say what it is, but there it was on Ryan's deck and I couldn't believe that St. Croix had already built it. It wasn't available on the market yet, so it was an incredible experience getting to fish with the prototype and land some hard-fighting smallies on it. The good news for anglers is that it has since been released with the rest of the new Victory 17 models on November 1, and I just bought one yesterday. Like the rest of the technique-specific models in the 25-rod Victory Series, this rod absolutely nails what it's intended to do. The Victory Series is a great example of St. Croix's constant commitment to give all anglers the specific tools they need to experience more success on the water."

Geoff's dad, Wayne, says he's grateful to have shared such a memorable experience with his son. "It was great to see where all the rods I've bought over the past 20 years were born," he says. "Watching how they were made and getting to meet the people that are actually producing them, and then to be out here with my son spending a nice day on the lake has been a great experience for both of us." 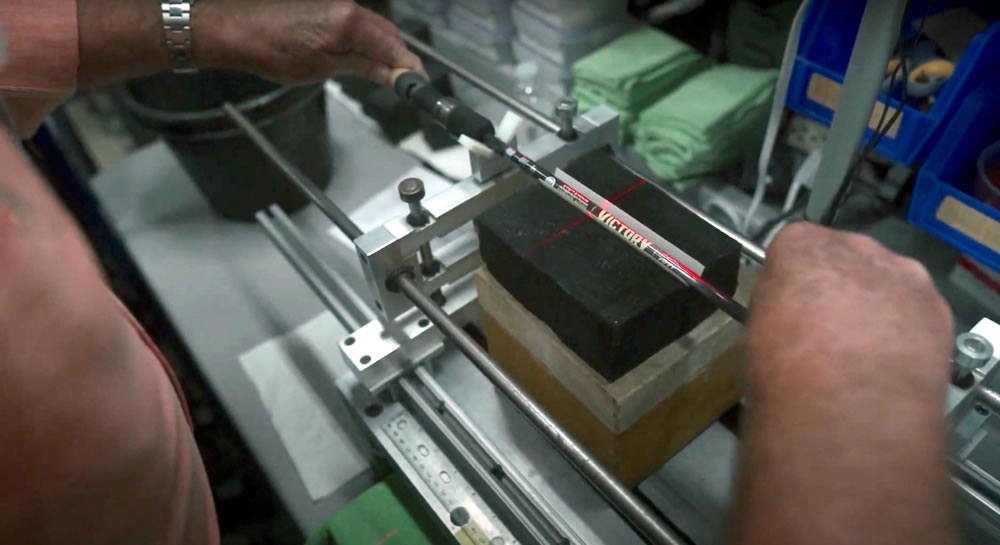 Which Victory rods did Geoff and Wayne choose to take home with them? "We both chose the VTC72MHM Power Target Cranker," Geoff reports. "After guiding through crankbait season, I saw the value of adding some moderate action rods to my arsenal. Dad does a lot of finesse fishing and his rods reflect that, so he opted to expand his horizons with the VTC72MHM, too."

An experienced Board-Certified Master Arborist, Manning dreams of leaving his career in the trees for a new one in the fishing industry. "I plan on closing the door on arboriculture someday so I can pursue fishing full time," the part-time fishing guide says. "I'm not actively advertising for my guiding business now but am working towards that direction. Right now, Little Dipper Guide is my pet project for fishing education and outreach."

"We couldn't be happier with the way our Voice Your Victory video competition turned out and to be able to meet Geoff and Wayne and celebrate their unique story and special journey together," says St. Croix Vice President of Marketing, Jesse Simpkins. "Fishing has always brought people together, but I think the past two years especially have taught all of us in this industry how powerful angling passions really are. Geoff's story is a great one, and there are countless others out there who are connecting and reconnecting with one another through fishing. Supporting anglers to help make those connections possible while driving great and memorable experiences on the water is our victory here at St. Croix; it's what motivates us every day." 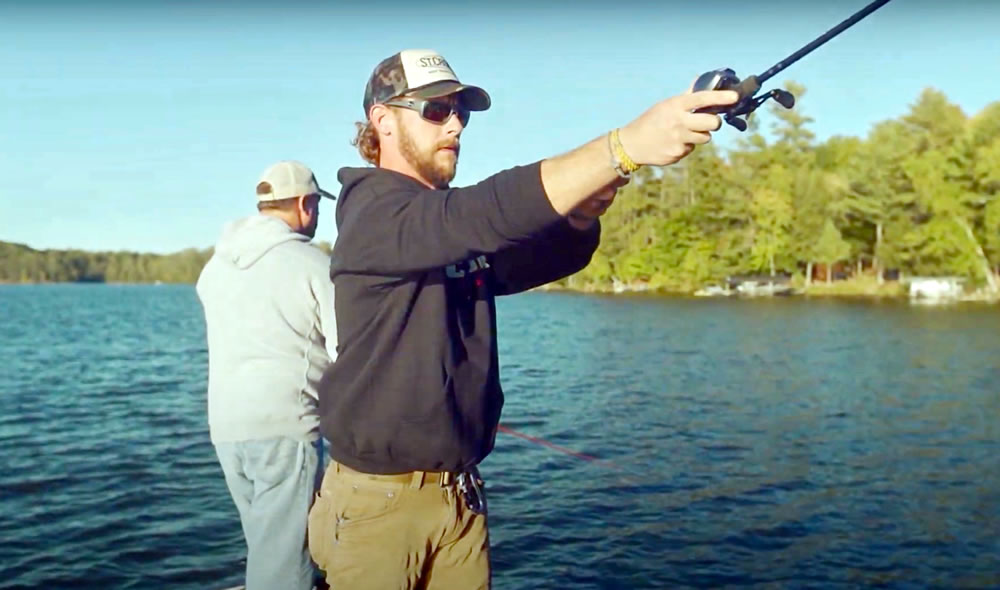 St. Croix Rods
If you have a press release that you would like to see featured on Lake-Link please contact us.
TRENDING DISCUSSIONS
Advertise here