2/14/11 @ 10:59 AM
ORIGINAL POST
FISHING REPORT
meestalubba
User since 1/5/10
oh gosh what a relief this must mean there aren't any wolves in wisconsin! phew!
POST YOUR COMMENT
DISPLAYING 41 TO 50 OF 244 POSTS
FILTER OPTIONS

I have been all over WI north of HWY29 and have seen dozens of wolves in person and on camera in the past 5 years.  I am in the woods however.

I've been to every corner of Wisconsin and never had an encounter or seen a wolf...

But I've had encounters and have seen dozens of deer...

I wish I could hit that like button more than once!

Family tradition with family properties abandoned, and land values near zero because of wolves..... but they are pretty amd sound neat too!

Thousands of acres where nothing has changed but the over abundance of wolves, but there has to be a different reason, people are not trying hard enough. Sure the DNR may have given away to many anlerless tags without taking the effect of wolves into account, but why haven't the populations rebounded or will they.

Ol sarge and phat, when is the last time either of you had an encounter with a wolf in the woods? Mine was last March in the U.P.

Why don’t you talk to some guys that hunt and live in Douglas, Iron, Price, Forest and get some real life experiences about hunting in those counties. It’s sickening. I’ll even throw in Vilas and probably should include a few more in NW WI as well as several counties in the U.P. where I put endless miles on my boots every year scouting and chasing whitetails. When the wolves are killing more deer in a year in entire counties then hunters.... yeah that’s a problem. It’s no wonder that hunter participation is shrinking yearly but you guys claim it’s a competition thing between hunters? Bullshit. The wolf population is out of control now and it’s only going to get worse. They need to be managed. I’m tired of tree hugging hippies from down state and other states saying the wolves in the north woods don’t need to be managed and they are balancing the ecosystem, blah, blah, blah. Most of those same people don’t have to deal with them on regular basis. Oh yeah btw they look more majestic on your license plate then they do in real life anyway.

A couple years ago I was talking my dog up for a walk on K in Conover. A doe shot out of the roadside trees  and angled right for us, which seemed very odd. I kneeled down to settle my dog down,  when 1 then another wolf  blasted out right behind her. Everything happened within 5 yards of me and my dog right in the roadway. The wolves never even looked at us..... thankfully. Since then when we're out in the woods I have a pistol with me. I can hear them at night sometimes which is cool, but I  NEVER want to be that close again.

The number of wolves in northern WI is staggering. Just get used to the fact that there will never be a solid population of deer again like it was back in the early 1990s. Even better is they are protected, add in a few extra doe permits, lack of forestry and logging for many years and we wondering what happened!? Great job Department of No Results DNR.

Its very simple, the majority of hunters just want them managed to their population goal. All predators need to be managed to keep the balance.

I don't disagree fully, but I will say that managing all species except 1 is a problem.  That 1 ends up taking off and causes conflicts with the others in relation to human use.  People want to hunt and they have another competitor besides the other human hunters.

I also disagree that they only prey on the weak and sick, I think that has pretty much been debunked.  They'll kill fully prime animals if needed.  Not saying they will always be successful, but they will still try and succeed at times.  They'll also thrill kill, people aren't the only ones.  Look at the farms where they slaughter livestock just for fun and don't eat them.

That being said, I do agree they are the easy scape goat in a much more complex issue.  When I first started hunting our area 12 years ago, all I heard was wolves wolves wolves.  My dad went out and shot a couple bucks, thought it was great.  Since that point though, I have seen it get worse.  I walk a lot, I hunt further than 50 yards off the road lol.  There are less scrapes/rubs, just less sign overall.  I do still shoot a buck typically every year, but I have a lot of sits looking at nothing compared to years ago.  Even simple things like seeing a good snowfall and looking for tracks, there are a lot of areas void of sign by us.  The only reason I still shoot deer is that I concentrate on the areas they are yet, but there are less places like that than there used to be.  That ends up concentrating the remaining hunters too.

Personally I blame too many doe tags, followed by an increase in predators (not just wolves) and some bad winters chained together.  They aren't able to rebound as quick. 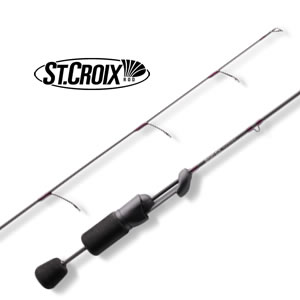