Bait bucket lid flying away, line that gets stuck on ice chunks around the hole as you are rewrapping it, Wind blowing snow over your holes and leaving a mushy cap of wet thick snow all around the area, things falling out of your sled on the way back off the lake, and buying large shiners that are really mediums.

Losing a nice fish at the hole when it hits the transducer you forgot to remove.

Losing a nice fish when you pull the transducer out of the hole with the line wrapped around the cable.

Putting bait on a small jig with frozen fingers and finding the hook buried in your finger tip when you try to leave go of it.

Spooling a couple of reels with 2# test clear ice line not thinking about the fact that you are farsighted with an astigmatism in your left eye.

Fumbling with frozen fingers to find the opening in the front of your long underwear only to find you put them on backwards that morning.

Despite these things ice fishing is my favorite winter pastime.

USER SINCE 8/28/20
After not being on the ice for a couple of years and forgetting all the sounds of the lake "making ice".

Heart rate went down after about an hour.

I would add to the list-   Having caught no fish all day and watching somebody else field a tip-up, only to have them block your view of their catch with their body.

Please people... If you catch a fish, please consider showing the fish to all 360 degrees of view.  Some of us are not always successful and have to live vicariously through your good luck/skill.

losing whitefish at the hole.

Laughed at reading the responses, as many were familiar.

Buying a new pricey inline reel and spending more time untangling and removing line from under the reel than fishing. Having the same reel coming apart during a 30 minute battle with a 30 inch pike. Another outing, standing up and watching same reel and favorite rod dive into the hole without touching the sides. As I watched it on my flasher to the bottom thinking the cork handle will allow it to float - nope. I guess it deserved to be on the bottom of the lake.

My buddy allowing me to use his Shack Pak (lawn chair with a flip cover), as it was incredibly cold. Set it up and turned to get my equipment. Turned around to watch it speeding across the ice. Running in full gear, with exception of my cleats, fearing if I fell that I would likely end up with serious injuries. Also fearing people would see me, though everyone else was likely sitting comfortably in their shacks. At the end of the day, the bag was missing. I had put it in the sled under the cooler. My buddy had opened the cooler during the day, yet seemed to suggest I didn’t secure it. I bought the shack off him, despite lacking the bag. Good news, I posted on LL and a kind sole responded finding it.

When you go hours without getting a bite, and then when you turn your back for 10 seconds to grab something, and when you turn back, you watch your pole getting pulled down the hole in slow motion.

When you are ready to leave a spot and you go to pick up your tackle box, and realize, a little too late, that you forgot to latch it closed first.

My kid was awesome at stepping in the hole clear up to her butt when she was little. The younger one only went to stop and get candy. Once the candy was gone, she'd had enough. I bought a lot of Zotz to get through 2 hours of fishing. The girls burned a perfect round hole in a shack on the last day I was gonna use it before retiring it. I walked up to the pickup to get some waters and when I get back, two girls with a scared look on their faces and a perfect circle in the side of the shack. Praise the Lord it didnt start on fire. I told them they picked the right day to do that. Memories, great ones.

Also in her defense she is pretty tough when cold and wet, very little complaining, she's a great fishing partner!

Klappy, in your daughter's defense...you only said not to kneel in the puddles

When the pack of hell's snowflakes snowmobile club buzz's through your tip up spread and spook all the minnows.

When you tell your 5 year old not to kneel in the puddles, two minuets later she's laying in them. 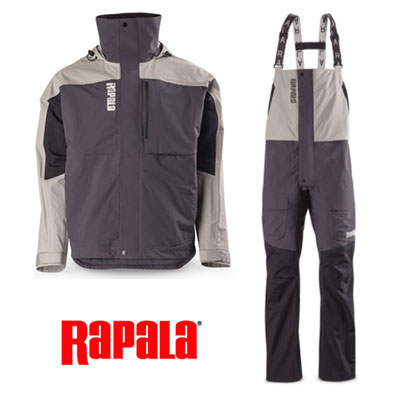