USER SINCE 12/12/10
just wondering how most guys are gonna try to harvest a wolf if they draw a tag ? think guys will start guiding for them ?
POST YOUR COMMENT
DISPLAYING 51 TO 60 OF 204 POSTS
FILTER OPTIONS

USER SINCE 6/12/10
There are already wolves in the southern half of the state, but the DNR fails to admit that. I have some on the land I hunt in northwest Marquette county. My uncle's friend got a huge wolf north of Portage. There are not as many as up north, but they're here.
10/21/14 @ 1:59 PM
FISHING REPORT
JC-Wisconsin

USER SINCE 4/1/05
I now see all over the wolf lover's facebook pages on how corrupt the DNR is by allowing 29 wolves shot in Zone 2 when the quota was only 15. The facebook pages, of course, blame Scott Walker. They claim Scott Walker has turned the DNR into a "chamber of commerce", and hence why the poor wolves were murdered over the stated quota.

USER SINCE 1/22/12
Kinda funny how a concrete jungle southerner would have a "northwoods" handle.. There's so much more food for the wolves to stay alive in the southern part of the state. I think all wolves in the north should be killed before they all starve to death. I hate to see an animal suffer, especially starvation.

Question, why would wolves be a problem in the south around people? We are all told they wouldn't harm us. Then all the city folk can see that beautiful creature in their back yard munching on Fifi. I cherish the thought of all wolves living down south among people who love them. Just think how happy they would be, strolling around in the sub division, no fear of being shot, all the food they can eat...Ahh...don't get any better..

USER SINCE 4/1/05
You mean most people, the ones that don't hunt and live south of HWY 29? Yeah, they want more than 350, but so what. They don't live around them and don't see the negative impact they have. I could vote for more rattlesnakes in Texas, but I am sure the locals don't want that.

You don't think there are 2,000 wolves in the state? You obviously don't spend much time in the woods up nort' I have friend with 13 different pictures of wolves last year on his food plot. Multiple pups and adults in single pics. 13! This is in NE Wisconsin, and with just what he has on his single camera would have almost filled this year's quota for the entire NE portion of Wisconsin. That is on 60 acres!

You also are forgetting that the 800+ wolves the DNR says is here, is an "at least" number. If the goal is 350, why on earth is the quota LOWER than last year? I know. It is the same thinking as to why the DNR INCREASED antlerless tags after the brutal winter of 2012 in much of NW Wisconsin. Complete ineptitude. Now we are left with buck only areas in much of the state, even though the hunting public advised against any bonus antlerless tags.

Unless you have seen the multiple deer carcasses I have seen, or the insane amount of hounds killed this year by wolves, keep voting for more wolves. The public will take care of them since the regulators have proven they can't.

USER SINCE 1/7/13
they didn't just wing it. although large areas were not tracked. the major problem is the lack of volunteers as most of the previous volunteers were wolf lovers who quit tracking when the wolf season started. if there were ample amount of volunteers more areas could be tracked and estimates would be better. like i said lots of people willing to whine, not too many willing to work

the wolf management plan is being re-written and in all likelihood the management goal will be more than 350. the people who represented hunters on the committee made us look uneducated and foolish. like the guy from the the trappers association who said wolves serve no ecological purpose at all or the guy from the bear hunters association who kept wanting to argue about bear management when they were supposed to be talking about wolves also, a recent poll states most people want more than 350 wolves as well.

USER SINCE 1/5/10
the DNR is having a lot of trouble trying to play both sides of the fence. "playing it safe" by fudging the numbers a little on the low side is great but then the anti's take those numbers and run with them, claiming they are going to be wiped off the landscape, when that is clearly not the case either. they are just trying to keep everyone happy but failing miserably.
10/20/14 @ 2:44 PM
FISHING REPORT
lakeshiner

USER SINCE 7/20/09
Northwoods - Are you talking the estimates where they do track counting but due to the high snowfall last year, much of that was not done? So they basically winged it? I read about it in WON and saw it on the news.

They are supposed to be managing toward a goal of 350 wolves statewide. What is really happening is that they are bowing to pressure from anti's and don't want to tick them off. Pretty obvious. They even had said so when the first season started, that they would have to be very very limited so as to not create a big outcry from them.

Here's a conspiracy theory: What they are doing now is not so much a way to lower the numbers, its just a way to fund the damage done by them. Follow the money, now people applying for tags flip the bill. They created a way to make hunters pay for it while keeping the anti's at bay with the low quota.

USER SINCE 1/7/13
firstly jc-wisconsin i don't think you understand what the dnr is trying to do. they want to focus harvest on areas where depredation and human conflicts with wolves are greatest. there are hardly any farms or large towns in northeast wisconsin. thus that's an area where wovles should be highest. as far as your arguement about grouse, i guess i don't understand. grouse really don't have a negative value towards humans on the landscape. i know that deer harvest is focused on in areas where agriculture is greatest and they are eating crops. thus, my arguement makes perfect sense and it is the way things are being done right now

to say there are over 2000 wolves in northern wisconsin alone is false. you keep criticizing the dnr's population estimates but i'm willing to bet you know nothing of what goes into these estimates. population dynamics are hard to understand and measure, especially with limited budgets and time. if you are so worried about these estimates then why don't you volunteer as a wolf tracker and try to help? it seems as though all hunters want to do is whine on the internet and in bars

To have 4/6 wolf zones closed already shows the lack of accurate population estimates DNR has at their disposal. I feel sorry for those that spent a bunch of coin hoping to kill a wolf, and then have their zone closed before the first weekend they can actually go hunting for them. The quota levels are a complete joke, and will do nothing to control the population explosion that is occurring. You then have to gall to say that quota numbers are reflected from poaching? If the public is relying on the DNR to effectively manage the wolf population, it won't happen unless some major changes are made. Why would would-be poachers quit shooting wolves if they know the DNR does not take wolf control seriously? We have a current goal of 350 wolves statewide, and we are likely 3 times above goal than what the DNR uses as a guesstimate. There are likely more than 2000 wolves in the north alone. To have 15 tags available for all of NE Wisconsin is proof enough the DNR does not have an accurate count of the wolves in this state. 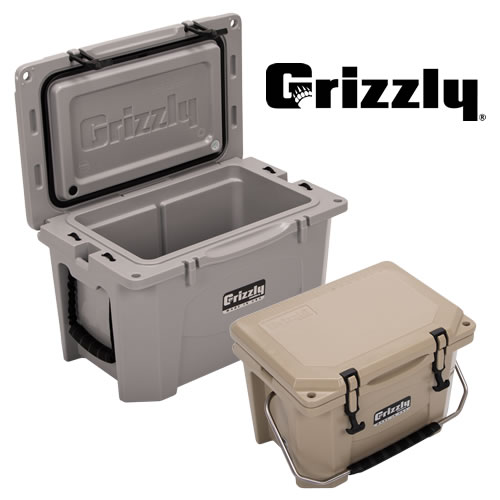