The 30 deer per day on private is an all-day sit. Those public land hunts are 3-5 hour hunts. I usually pick a 40-60 acre section of swamp and still hunt it in a big loop. Keep in mind, those three deer are the result of wading through deep mud and standing water for a couple miles over the course of 8 or 10 hours of hunting. It isn't walking out on an oak ridge and sitting against a tree for a couple hours. There is a HUGE difference between private and public in general, but when it comes to hunting pressure, southern Wisconsin public land really gets hammered hard! Small tracts and LOTS of hunters from the metro areas...Good luck to everyone still getting after it. Still plenty of deer around here, both public and private.

Lots to read there which I will when I get back to my desktop. In short, it's been 8 years since that report was filed. Deer hunting on public land has not improved! I have lost 4 members of my hunting party including sons simply because they lost interest. For us older people it is had now become a traditional hunt or gathering. I do agree that forest management and tree huggers have hurt the hunt as I have seen the good times years ago. I don't have much expectations with our current Governor either. Expecially with the pandemic that is before us.

"There is no mention of the( I believe it was 70 suggestions) that were applied by our non- hunting Governor who brought a guy up from Texas and paid him 125,000.00 "

This has been beat to death.  The deer population issue was trending this way well before Walker was in office.  He actually acted and tried to do something about it to head off the massive revenue losses from hunting that were forecasted.  Dr. Deer does not make recommendations to issue doe tags, and has no vote to "increase, decrease, or maintain" the herd in CDACs.  DNR started this mess in the 1990s when Walker was just out of high school.  I don't fault Dr. Deer whatsoever.  Dr. Deer didn't put anti-deer positions on the CDAC boards.

"I wish that someone at the Capitol that knows what deer hunting is would come out with a yes/no questionare, for each rule change, asking are you in favor of the current rules. I don't believe that there is much comparison of Texas to Wisconsin. I would also like to read all the studies that Dr. Deer got paid to do. Expecially on public hunting areas."

Every year Spring Hearings have these types of questions, but I do realize they are not like a survey form for current rules...only proposed rule changes.

I don't see anything in there that says to put anti-deer foresters on CDACs, issue endless free doe tags, protect wolves, etc.  A lot of recommendations are stated which involve public buy in, developing DMAPs to improve deer habitat, charge for all antlerless tags, etc.  I don't know how blaming a Republican governor or a hired consultant in 2012 addresses an issue that has been festering for 25 years.

There is no mention of the( I believe it was 70 suggestions) that were applied by our non- hunting Governor who brought a guy up from Texas and paid him 125,000.00

These new rules are what alot of people are talking about here. I wish that someone at the Capitol that knows what deer hunting is would come out with a yes/no questionare, for each rule change, asking are you in favor of the current rules. I don't believe that there is much comparison of Texas to Wisconsin. I would also like to read all the studies that Dr. Deer got paid to do. Expecially on public hunting areas.

Wow, 30 a sit on the private, and only saw deer on both his public land hunts, must be nice.   As a public land only hunter, who hunts some quality public land I envy your success.  After 30 years of hard efforts and lots of my own success,I hope to see deer 60 percent of my sits, but when all is said and done, it's probably like 40 or 45, and not being picky, usually I'm able to kill a few every year.   Getting skunked,as in not seeing a deer like half the time is something I accept and expect as a public land hunter.   Good luck to all hunters still grinding it out.

I have access to both public and private land. I have family that owns about 100 acres  20 miles from my house (where I bowhunt) and a combined 460 acres about 35 miles away (where I gun hunt). My dad, brother and I gun hunt 100 acres of that (we overlook a large CRP valley between two large blocks of timber with a spring and two food plots with thousands of apple trees scattered throughout - deer move naturally all day due to no hunting pressure). I also have large tracts of public land less than 5 miles from my house. After the opening weekend barrage, the public land near my house does not get hunted much until the later part of the week, so if I don't feel like waking up an extra hour early and driving 40 minutes, I will dress in lighter clothing and don my hip boots and go for a walk in the swamp on the public and still-hunt the edges of the marsh and higher oak flats that don't see as much pressure. Opening weekend pressure pushes the deer into these areas and stacks them on the high ground in the swamp. It is not fun hunting, but I see a lot of deer and generally some decent bucks. Obviously, we have way better success on private land, as we are very selective about what we shoot. We hunt exclusively for bigger bucks (we have a gentlemen's agreement that you shoot it, it goes on the wall unless it was wounded, etc.) and if you don't see a big buck and want meat, we do shoot a couple does later in the week after Thanksgiving.

I would say on average, I see 30-ish deer per day on the private and 6-10 on public. This year the public must not have seen as much pressure or guys killed a lot of deer cuz I went out there 2 times and saw a doe and fawn on one trip and a 14" 8 point buck on the other. It was warm and windy though, so not ideal conditions for deer movement, and I admittedly did not scout there as much this year as in the past. I realize I am very fortunate to have the quality hunting opportunities on private land that I do, but also put in a fair amount of time scouting on the public for bedding areas and escape routes where deer slip out on other hunters' deer drives and pressure from other hunters leaving parking areas will push deer. Deer also do not use the same piece of property the same way every year. Food sources, logging, hunting pressure and other factors change deer movement every year. If you want to be successful every year on public, you have to put in your time and some miles. It makes it that much more rewarding when you score a nice buck or a big, fat doe! Every deer is a trophy in my book, but those ones that come on public land are extra special.

USER SINCE 4/17/07
Does anyone know how the deer numbers in northern MN and the UP compare to northern WI? Not the actual DNR estimated numbers but hunting success/ number of deer seen while hunting? I'm sure some guys out there hunt both states or know people that do. Just curious how they compare. Weather, habitat and predator wise they are all similar except for some areas that get more lake effect snow.
12/10/20 @ 11:46 AM
FISHING REPORT
yamatroller

People blame to many doe tags but how about like Forest County that hasn't had doe tags for the last 2 years and only just a few hundred for a few years before that. Hardly no doe tags and the population still can't come back except close to cabins and the few farms there are in the county. I believe what the biologist told me.

First of all it's the lack of habitat in the National Forest. In the area where we used to hunt they haven't logged in 25 years. Even in the surrounding areas only just a bit of selective cutting. Hardwoods and mature forests cannot support many deer.

Next he says we have had quite a few winters with a lot of snow in the past 10 years. That is a huge  impact on how many fawns are born and their survival

3rd reason is the wolves and to some extent the other predators. The predator problem is always worse during winters of deep snow.

He says a couple mild winters, a wolf season and the population will come back some. But it will never get back to what it was 20 years ago unless more logging is done in the National Forest. The amount of logging is starting to increase but he says a huge problem is many times when the Forest Service wants to log an area it gets contested in court by the Tree Huggers!!

For me hunting is adapting to change in order to remain successful.  To me with the people I know, the same guys always shoot deer.  The guys who don't, they typically don't.  Let's be real as well, each year over half the people don't shoot a deer.  That's a lot of people.  Even during the high harvest years it was like that.

I do think the population estimates are kind of a joke though.  I still remember the original T-zone hunts, back when they were called that.  The propaganda machine was saying we had 1 million deer.  I think we can all agree we had more deer back then, but now they say we technically have even more deer now....  That I don't agree with.

@Bowhunting Guy Rather than being an arm chair biologist, I’d rather invest that time in hunting or scouting.

What other kind of biologist is there?! They can't crunch their SAK's in the woods! 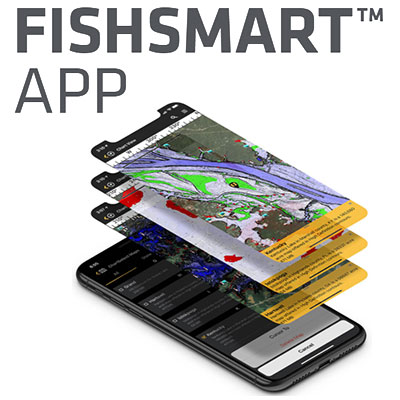 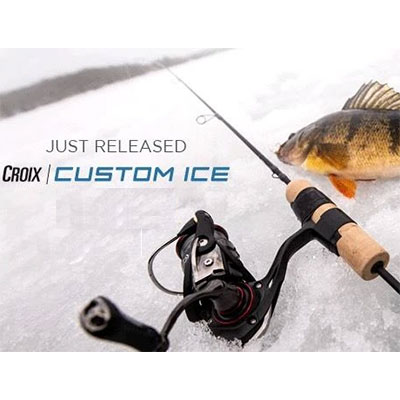