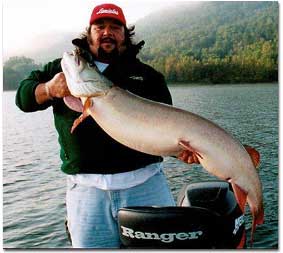 I met Tony Grant this year on the Professional Musky Tournament Trail, and aside from being one of the nicest guys you'll ever meet, he's a musky machine if there ever was one. Tony just recently boated that state record fish on September 21, 2001, which measured an awesome 54.5", and weighed in at an impressive 44.75 pounds. According to Tony, Cave Run has two primary months that are considered big fish months being October and December. 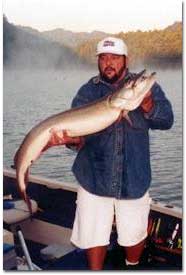