Fishing From The Mixing Bowl 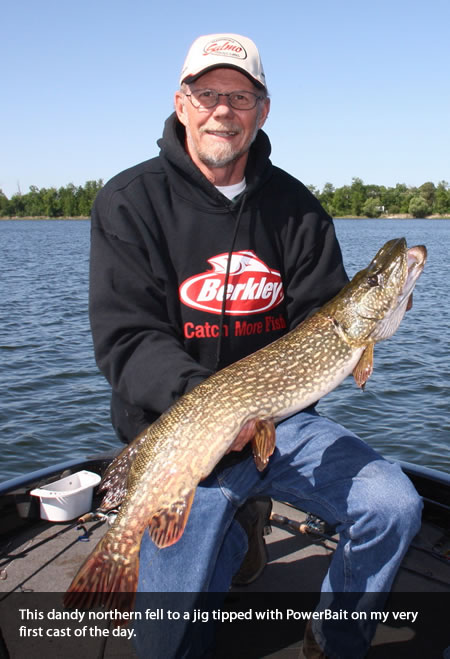 I arrived in Nevis, Minnesota early in the morning to begin a two day marathon fishing outing with guide and fishing expert, Kelley Cirks. Each summer, Cirks and I hit the lakes in the Park Rapids region in what has become an annual event.

As I loaded my gear into his boat, Cirks informed me we were heading to his favorite bass lake to see if we could stick a couple of nice largemouth for photos. He also cautioned me that fishing had been a little off recently, but he was confident we could catch something noteworthy.

Once on the water, I grabbed a rod rigged with a PowerBait Shaky worm on a Lip-Stick jig while Cirks opted for a Salmo Hornet. The fact that we each started with a totally different presentation was not an accident and is an important point. In fact, mixing up the lures to offer a variety of presentations is what this article is all about.

Fish are funny creatures. A person can never be sure just what it is that is going to turn them on. One day it may be plastic and the next it could be spinnerbaits, crankbaits, live bait, spinners, top water or a host of other presentations.

It is the unknown of being able to always predict what fish want to eat that keeps the fishing industry growing and healthy. After all, there is a reason they make tackle boxes that hold more than one lure. One presentation does not always cut it especially when fishing for multiple species.

It is this concept of being prepared for variety that is paramount to overall continued success. That is the reason I have half a dozen rods rigged and ready just to go on a simple bass outing. 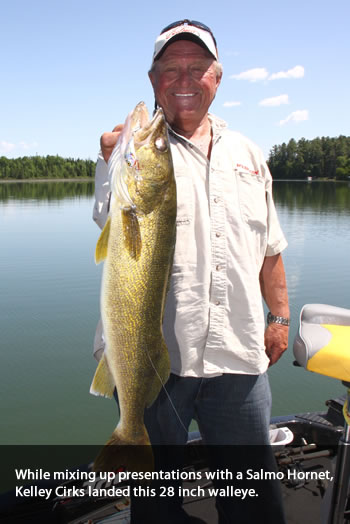 A case in point was when Cirks and I were mixing up the presentations on his favorite bass lake. During the morning, we fished several styles of crankbaits, twitch baits, Texas rigged worms, wacky worms, weedless jigs and jig worms. Once one of us hit a hot bait, the other would switch to take advantage of the activity.

Later in the trip, we worked for walleye. We utilized leeches, shiners, crawlers, jigs and live bait rigs. Once again we mixed up the presentation in an effort to find what was hot and what was not.

Going to the lake with a one dimensional game plan will work on occasion, but not always. That is why I believe versatility is critical to success.

Versatility comes from having a variety of presentations in your arsenal and the skill to know how and when to use them. Anglers need to be able to adjust their approach to the depth of the water, weeds, clarity, weather and of course, the species targeted.

Versatility requires a wide range of equipment, including lures and different rod and reel combos. It also requires the mindset of not being afraid to reach into the mixing bowl to try something different.

From my experience, the anglers that are skilled at multiple presentations and mix things up on a regular basis are the ones that catch the most fish.