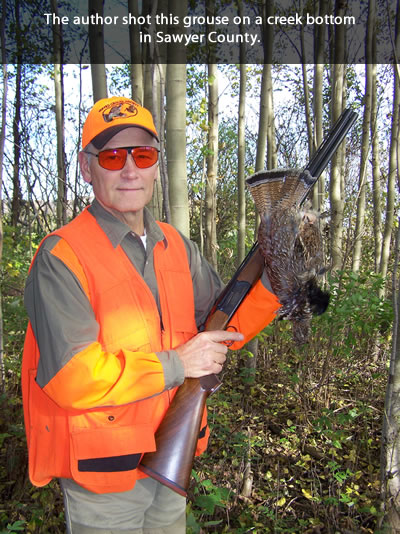 When killing frosts have crisped the bracken, aspen leaves have faded to burnt gold and the red lanterns in every woodland blackberry patch have been snuffed out for the year, then should a man begin seriously to hunt grouse and woodcock, not before, for they are truly October's birds.

You can't hit a grouse you can't see, and shooting at grouse in the September woods is mostly a guess and a poke. Woodcock, unlike grouse, generally fly out of cover, rather than into it, and so present an easier target, but shoot them before the northern flights come down and you're cutting into your local brood stock.

For years, though, we have been blessed with a September opener for both. And so, in spite of our better judgment and to the detriment of our shooting average, we sally forth in summer weather to overheat our poor dogs and flog through rainforest foliage in hopes of bagging a bird or two. Besides, everyone else is hunting them, doggone it, and we don't want to miss out!

So, how to make these early-season outings enjoyable and maybe productive?

First off, don't overdo it. Odds are you and Pup are both out of shape. You should know when to stop, but Pup will run till he drops from exhaustion. Over-exertion now can end a season - or a career - for an older dog.

For the first few weeks, hunt mornings only or on cool, overcast days. You won't tire as quickly and better scenting conditions will help Pup find more birds.

Next, hunt where you'll not only find birds, but where you have a reasonable chance at a shot. This means open cover, or cover with openings. Grouse broods are still bunched up, but woodcock may be scattered throughout good cover.

If the weather stays hot and dry, creek bottoms and alder runs are a good place to start. Grouse seek them out for shade, relief from the heat and the fresh greens that make up the bulk of their diet now. Woodcock probe for worms and grubs in their moist soil.

Creeks offer Pup a drink and a cool dip at every turn. Carry a bottle of water for yourself, though, or a purifying straw to avoid getting giardia or worse.

Some small hill-country creeks are so shallow now, you can walk right up them in short waterproof boots. Others hold more water, but have a bench that floods in spring but is dry and relatively open now. Alder runs in meadows are tougher to walk, but you can skirt them and send in the dog. Best of all, in creek bottoms you can usually see a flushed bird long enough to shoot at it.

Recent aspen clearcuts are another good early-season cover. Grouse broods use them as long as they harbor plenty of insects. Woodcock use them, too, if the ground is moist. Those cut last winter will have sprouted six-foot whips you can walk through and shoot over easily. Two- to five-year-old stands may also be walkable and open enough for shooting. Save older stands for later in the season.

Small clearcuts of 20 acres or less are best, especially those that abut older aspen stands, which provide good edge cover. If they're interspersed with alder seeps, so much the better.

The easiest early-season cover to hunt, and often the most productive, is a trail or tote road grown over with clover or other greens. A trail that wanders through a young aspen clearcut with a patch of alders here and there is grouse and woodcock magnet.

Many trails are gated or bermed to keep out motorized vehicles. The best are seeded to clover after a logging operation and mowed in summer to promote fresh growth for wildlife and make it easy for hunters to walk them. 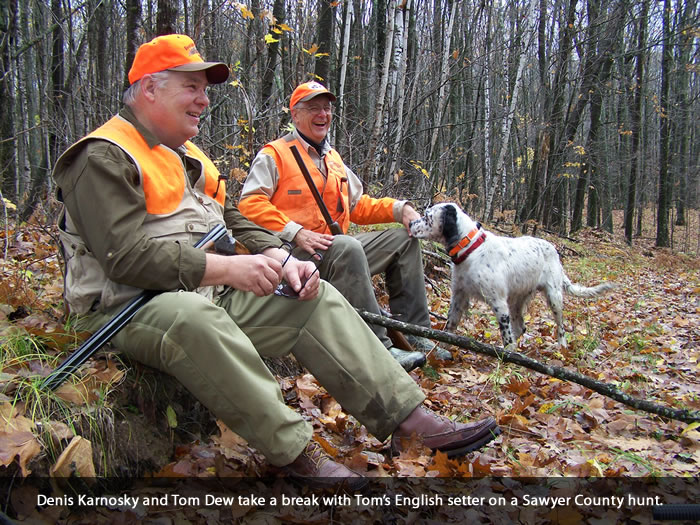 Grouse feed heavily on trail greens mornings and evenings, then loaf in heavier cover next to the trail most of the day. Woodcock probe trail mudholes and soft spots for worms at night and spend the day in nearby cover.

A lone hunter can flush both grouse and woodcock simply by walking slowly along a trail and stopping frequently. A hunter with a dog can stay on the trail and send the dog into the cover on both sides.

When hunting with a partner, one gunner should walk the trail, while the other keeps pace and zigzags through the cover 10-20 yards from the trail. Woodcock will tower out of the cover, then level off and often present a shot to the trail gunner. Grouse may fly in any direction, but the trail walker will have more opportunities. Trade places every half-hour or after one gunner scores.

There will be plenty of time for serious bird hunting after October's pastels have faded and fallen, when grouse broods scatter and flights of fat Canadian woodcock drift south overnight to fill our coverts.

Until then, if you must indulge, hunt the crick bottoms, clearcuts and clover trails and sharpen your skills on the early birds.