Twitch Baits Are a Viable Option 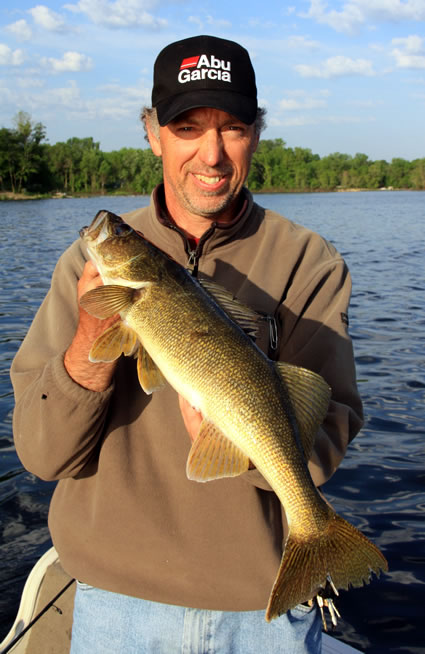 It had been a couple of tough days for our group on Rainy Lake. For some reason, we couldn't seem to zero in on an early summer pattern that would provide consistent walleye action for our anglers.

In an act of desperation, I suggested to a couple of people that we should try something different. I thought perhaps there might still be some northern hanging in the shallow bays and we could target these fish for a morning instead of stubborn walleye.

As we motored into a bay, I explained the concept we would be using to trigger our fish. We would be fishing suspending, shallow running jerk baits over the tops of the weeds. However, instead of a cast and retrieve approach, we would utilize a twitch and pause technique.

The success of our morning operation surprised even me. I had no idea the size and quantity of the fish we would find in just that one bay.

Since that Rainy Lake adventure from 15 years ago, I continue to be impressed with the fish catching ability of twitch baits. They aren't a solution for every fishing outing, but they can be very productive in some situations.

The key to successfully catching fish with this type of approach is to understand the presentation. Predator fish love the chance to target an easy meal. That is what live bait fishing and bobber fishing is all about. Fish hit a struggling minnow because it is food that is too easy to pass up.

Twitch baits appeal to the instinct predator fish have of looking for an easy meal. With the twitch and stop retrieve, the lure is mimicking a struggling baitfish.

The twitch of the retrieve is created by a rod snap that will make the lure jump erratically. When done properly with a good bait, the lure will dart from side to side with each twitch. 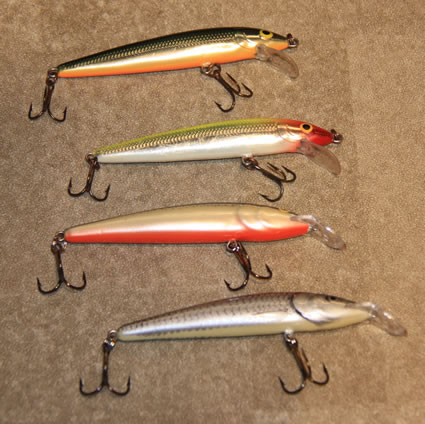 As a general rule, I will make two to four twitches and then pause. The suspending lure will sit quietly in the water and not sink or rise to the surface. This is an important part of the appeal as many of the strikes come on the pause.

On a recent trip with a couple of angling friends, we targeted walleye using twitch baits. On a previous outing, these two companions had discovered walleye lounging in a weed bed in 6-10 feet of water. By working our lures over the weeds, we were able to bring the walleye up to engulf our baits.

I must admit, I am normally targeting bass and northern when working twitch baits. However, if walleye want to hit lures presented in this manner, I have no problem with that!

As a general rule, I do not use a steel leader with this presentation unless the northern are causing a serious bite off problem. I also believe mono works better than the super braids on many days.

As for the size and color, I like four to five inch suspending lures with dark tops and an orange stripe on their belly. Sometimes Clown is a good pattern. The Rapala Husky Jerk and the Salmo Sting are both good options.

The perfect lure for catching fish in all situations does not exist. For that reason, it makes sense to be familiar with a variety of presentations. Under the right conditions, twitch baits can lead to some pretty awesome action.