Find'Em and Catch'Em In The Summer

By Bob Jensen - July 1, 2008
It would appear that summer is finally here, and most of us would say, "It’s about time". The weather so far this year has been weird. 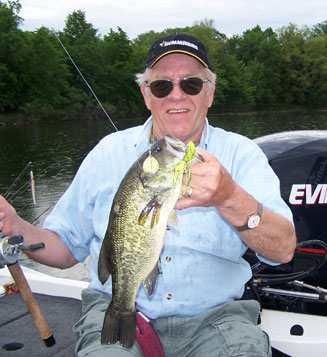 Fish really have only two things to do their entire life. They spawn and they eat. Summer is eating time. The fish will be wherever their food is. Find the food, find the fish. Once you find the fish, you need to put a bait down there that you think they might want to eat. Here are some ideas for finding fish in the summer.

Early in the year, when the fish are spawning, location is usually pretty simple. You can often see the spawning locations with your eyes. During the summer months, your eyes underwater are going to become extremely important. Sonar will reveal the areas where the fish should be holding, but good sonar will also show if fish are actually in the area.

Off-shore structures are often good spots to find fish in the summer months. Sunken islands, reefs, weed-lines and points extending off of islands will all attract and hold fish as long as there is something there for them to eat.

There are also times when fish will not appear to be relating to structure. In some bodies of water walleyes will be suspended out in the middle of the lake, miles away from shore or structure. They are there because that’s where the baitfish are. Shad and several species of oily-type baitfish suspend regularly, and if the food is suspended, the walleyes will be too. Same thing holds true for crappies and bass.

As mentioned earlier, sonar is instrumental in fishing success this time of year. Many of the most successful anglers will motor over suspected fish-holding structures with their eyes glued to the sonar. If they see fish, they’ll fish the area. If they see no fish on the sonar, they’ll keep moving until they do.

Humminbird is producing sonar units that provide incredible detail of what’s below the water. The color units in particular do an outstanding job of revealing walleyes that are belly-to-the-bottom. These units draw a great picture of the underwater world and they’re easy to use.

When you’re on the water in the next couple of months, just remember that if you want to find the game fish, you’ve got to find their food. Do that and you’ll be successful at catching them.