A Brief History of the Great Border War - Chap. 1 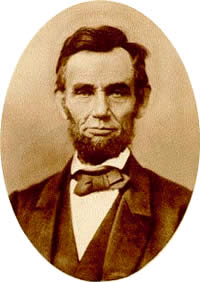 The first recorded violence between the states occurred when Abraham Lincoln, accompanied by a band of European Americans from Illinois, invaded Wisconsin to pick a fight with the great Native American warrior Chief Blackhawk, who of course was accompanied by his own band of Native Americans. The date was a long time ago, on a Tuesday. Back then, there weren't many folks around at all, and most of this battle was spent just roaming around trying to find each other, fight the fight, and get back home before the mosquitoes drained everyone dry, and winter set in. It's a well-known fact that battles can greatly disrupt ice-fishing season, and no one was about to tolerate that. Most folks today don't even know what this battle was all about. Well, I'm here to tell you that it happened because Mr. Blackhawk was going to open a casino/hotel/conference center, and Mr. Lincoln refused to run a toll road right to it. Or maybe it was Mr. Lincoln who was going to open a toll road, and Mr. Blackhawk wasn't going to put a casino on it. In either case, Abe packed up several horse drawn SUVs with orange vests, breach loading muzzle loaders (I know, it doesn't make sense to me either), and an I-Pass and headed north. Mr. Blackhawk, whose first name is lost to history, packed up a blackjack table, a five deck card shoe, and some Native American crafts (hey, those tourists will buy anything!), and headed south. These two forces met on a huge stone ledge south of Lake Winnebago where a French European American trapper named Juan, Joe, Mick, or Kim Ho had conveniently opened a fireworks stand to supply the combatants.

I cite as my reference for this information a beer advertisement I found hung over the urinal in a tavern in Crivitz at closing time last Labor Day weekend. Historians must always cite references. This is so when someone says "you're lying," (in historian circles the proper approach is to say "you've got to be sh!#@n' me!") the accused historian can enjoy quite a chuckle, and perhaps two-three more beers, while the accuser goes off to check the reference. The accuser usually does this by putting a couple bucks in the jukebox, racking up the pool table, and buying a round of shots for the cute college girls down at the 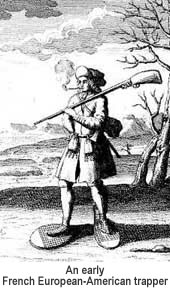 end of the bar and offering them the chance to break. I'm getting off the subject, I know.

I must pause here to offer the contributions to our culture brought in by the French European American trappers. They brought to the area their love of language and poetry, and in particular the poetic technique known as "onomatopoeia," which translates to English as "I'm gonna pee in my pants." Several towns and settlements were named by the French European American trappers to remind them of France. No, I don't know why either. Among the more noteworthy of these towns was the one closest to the battle named Fond du Lac. "Fond du Lac" translates into "something in French." To honor the valiant courage demonstrated in this battle, the French European American fur trappers used their windfall fireworks profits to help the Wisconsin State Patrol erect an assembly line speed trap. This trap, now known as Radar Hill, is capable of issuing upwards of two dozen tickets an hour on the very spot where Mr. Lincoln drew a three to an ace/seven.

Everyone knows what happened after the battle, though few know or care who actually won. In fact historians, especially the amateur ones, don't know. What we do know is that Abraham Lincoln returned to Illinois by way of Chicago to start a

hockey team named after his nemesis, "The Blackhawks." There in Chicago, each winter, lots of Italian European Americans can be found in gaudy leather jackets watching heirs of the French European American trappers dress up in nasty colored uncomfortable clothing and beat away on each other with wooden clubs just like Native Americans. Every know and then, everyone stands up to watch a strange SUV known as a "Zamboni" drive around while everyone dances the macarena to organ music. For his part, Mr. Blackhawk did build several casinos, kept the drinking age at 18 for many generations, and has added a tax free tobacco shop to his "repertoire" (this is another French term which loosely translated means "raping tourists" so don't repeat it in polite company).

Some time later, most everyone had forgotten about this first chapter in the Great Border War. Desperately in need of some marketing assistance an unlikely turn of luck occurred when several southern states, still upset over the civil war, voted the whole place dry. Well you can just imagine the hue and cry all about the place when prohibition happened. French European American trappers actually had to club each other while sober. The Italian European Americans realized how bad their leather coats looked. Mr. Blackhawk could no longer invite 18 year olds to his casinos to drink beer and donate to the cause. I won't even begin to describe what happened to ice fishing. I mentioned it once to my neighbor's Great Uncle Elmer back in 1994, and he immediately broke into tears. Fortunately for Mr. Lincoln, he was long since dead. In Wisconsin, many recent immigrants of Norwegian European American, German European American, and Swiss European American heritage had arrived, all of whom were named Elmer. They awoke one morning to go out and milk their cows and found out that the wife had taken the beer they had carefully stashed in the hay loft and replaced it with, well replaced it with milk. These poor gentlemen said "Hey, vats vith dis? I don't know nothing of no civil war and right avay you take my beer!" Desperate times lead to desperate measures. It's little wonder that this time was known as the Great Depression, or chapter two of the Great Border War...

Check back next month for Chapter 2

Jay C. Lorenz
Jay C. Lorenz was once a professional historian, with a thriving history shop in Tupelo, Mississippi. Unfortunately, the recession of 1981, coupled with a regrettable scandal over the correct spelling of Czechoslovakia, left Jay destitute and reduced to pursuing his other marketable talent; delivering Domino's Pizza in the greater Tupelo metropolitan area.
BITS & BITES
Advertise here
Advertise here
Please take a moment to visit our sponsors. Without them we would not be here.