Going Bananas for Steelhead and Salmon

Banana baits is the term I use to describe a whole family of wobbling crankbaits that, at least inside view, look more like a big arcing banana than anything else. The legendary Yakima Flatfish and Luhr Jensen Kwikfish are probably the two best-known examples of banana baits, but the term applies to basically and banana-shaped wobbling crankbait with the diving lip formed into the front part of the lure body, rather than attached as a separate piece. 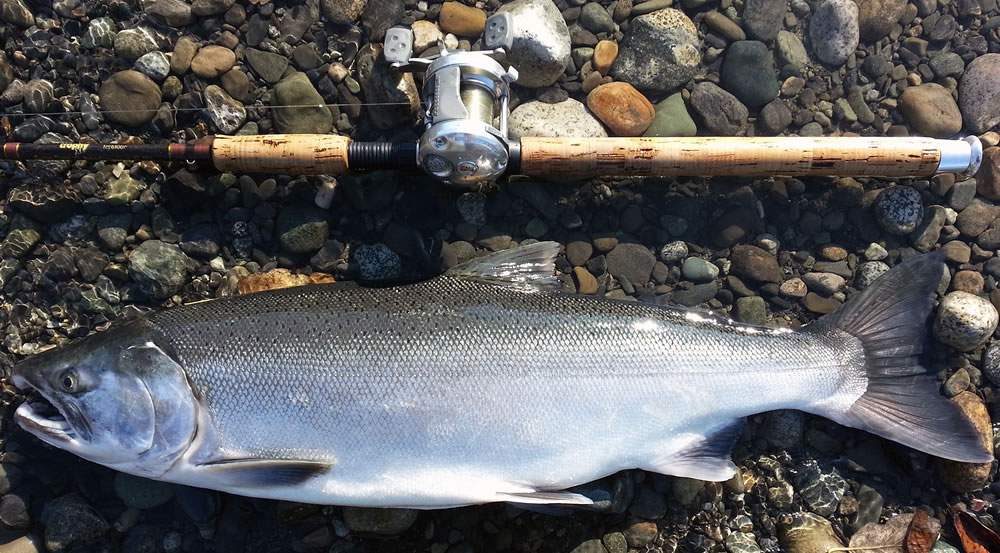 Salmon like this fine coho can be fussy biters once they approach spawning season but they often find the throbbing wobble of banana baits utterly irresistible.
Why is that important? Baits like the Flatfish and Kwikfish don't just wobble, they send out wildly throbbing vibrations but without diving deeply, and that's a combination that's really tough to achieve when using baits with glued-on lips. Those either tend to roll rather than vibrate (think original Rapala) or dive straight for the bottom (think any bass crankbait). When fishing in shallower rivers and streams for fall steelhead and salmon, depth control is critically important - least of all in preserving your sanity, since baits that keep getting caught on bottom will drive any sane person round the bend in no time flat.

That doesn't happen with banana baits, which seldom dive more than a foot or so on their own, and normally need supplemental weight in the form of split shot sinkers in order to get down to the fish. By not hanging up on bottom debris constantly, they spend more time enticing fish and less time driving the angler mad.

One of my favorite aspects of banana baits is their tremendous versatility as fish-catching tools.

Use bright colors in dingy or off-color water, and darker colored baits in clear conditions.
If you're stream fishing, then you'll find that their shallow water qualities make banana baits ideal for enticing even wary trout and salmon out of deep holes, out from undercut banks, and up from sunken ledges that give them a bit of cover. The fishing is super easy - you just cast across the river and hold a tight line on the lure, allowing the current to impart all the action as it swings back toward you in a nice, slow arc. If you start at the head of the pool and take a step downstream after every cast, you can strain a lot of water in a very short time this way.

The other option, and one which I prefer if I have a pool to myself, is to stand in the rapids at the upstream end of the pool, drop the lure in the water, and hold it in the current. If I don't get any action after 20 seconds or so, I'll release another two or three feet of line, then hold it in place again. Constantly dropping the bait back I the current this way (i.e. drop-back fishing) allows me to easily cover the entire pool from a single position.

When dropping banana baits back in the current like this, you can swing your rod tip slowly from one side of the river to the other, sweeping the bait in a wider arc to ensure more fish see it. You may have to adjust your position, or add weight to get down to the fish, but once you get the basics worked out it's a tremendously effective technique. 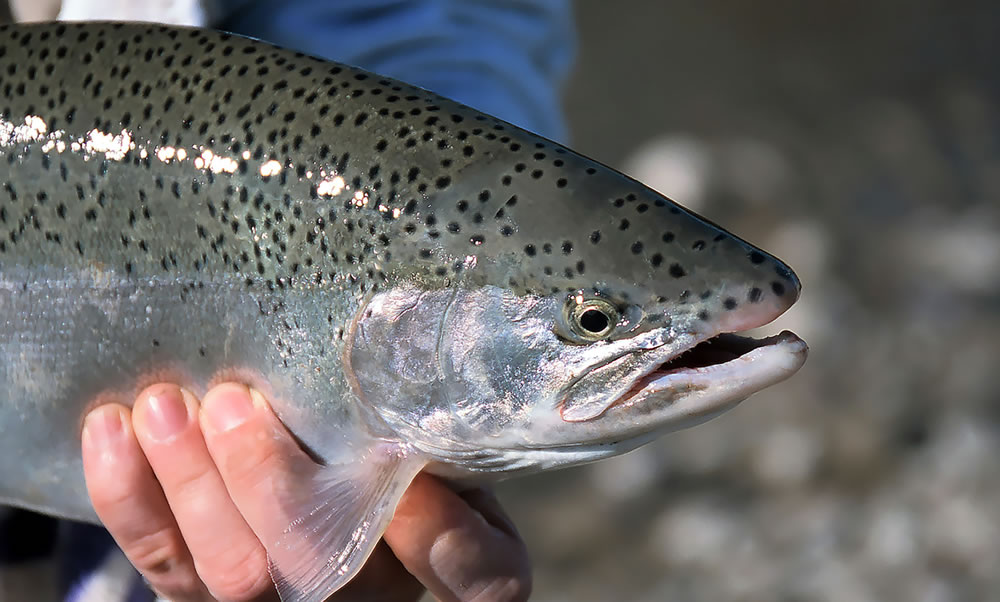 Banana baits are probably the most reliable hardware choice overall for steelhead right through the season.
Banana baits are effective at any time of year, but especially so in the cold water of late fall, winter and early spring, when more lethargic fish sometimes need a bit of goading before they make their mind up to hit the wriggly thing meandering through the water. In very cold water, they can sometimes be the only thing that works.

So that's why I go bananas for steelhead and salmon. Add some banana baits to your cold water arsenal, and you might just catch more fish than you ever thought possible.