Beating The Crowds With Fall Trout and Salmon

By Craig Ritchie - October 11, 2022
The Great Lakes region is known around the world for its exceptional fishing for trout and salmon. Unfortunately, the area is also known for the big crowds that show up on tributary streams as soon as the fish arrive from the big water. The massive popularity of river fishing for trout and salmon is easy to understand, but let's face it, those heavy crowds can make for very tough fishing. The trick to having an enjoyable and successful outing lies in getting away from the crowds.

Fortunately, there are a few ways to do this if you're willing to a little legwork. 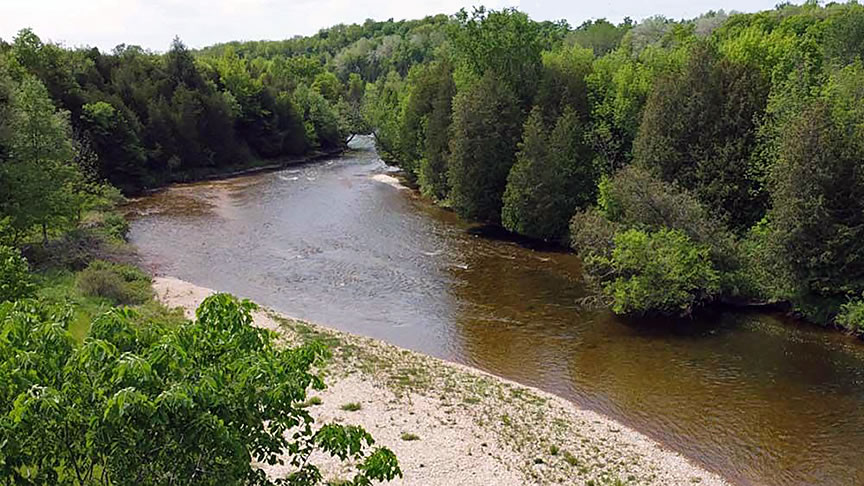 You can have even popular rivers almost to yourself if you head out when water conditions are less than perfect. You'll still find some fish, and they'll usually be in a much more cooperative mood than when the crowds are thick.

How To Leave The Hordes Behind

The surest way to leave the heaviest crowds behind is to just go for a walk. The heaviest crowds on any stream are always found on the pools located closest to the road, and which are easiest to reach. Plenty of anglers never go any farther, so you can almost always find more elbow room by bypassing the first several pools you see before you begin to fish. Once you put some distance between yourself and the road, you'll automatically see fewer people.

Heading out during the week is another way to buy yourself a little more elbow room. So is fishing during off hours - rivers that are packed with fishermen at first light can be all but deserted by late afternoon. Heading out later in the day virtually guarantees more elbow room, and a much more enjoyable experience. 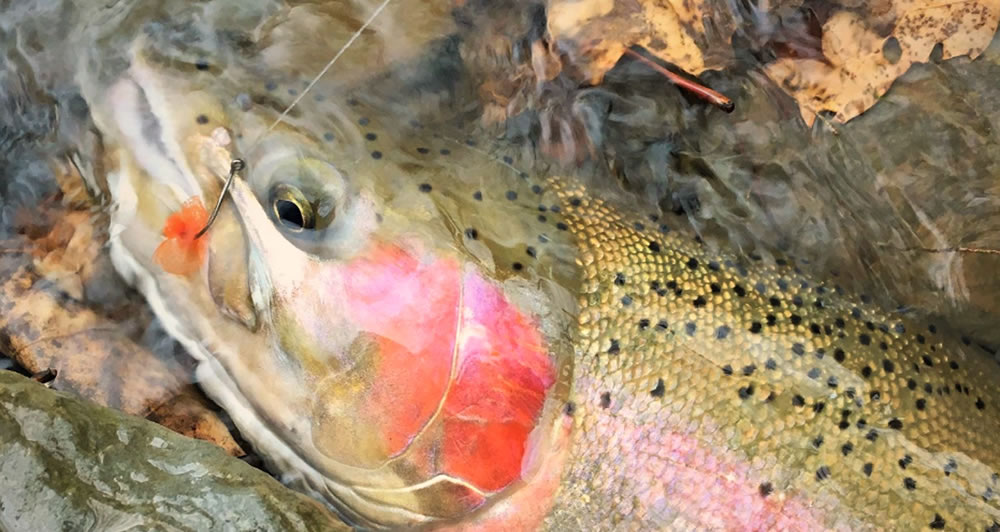 Steelhead are particularly sensitive to heavy crowds. Shifting your focus to less popular streams with fewer fish can result in better catches overall.
Another great tactic for beating the crowds is to fish when conditions aren't at their peak. Everyone knows that the best stream fishing for trout and salmon comes a day or two after a rain has colored the water and enticed fresh fish upstream from the lake. And, that's exactly when fishing pressure peaks.

The action dies off as the water drops and clears, with fishing pressure dropping as well. Although conditions may no longer be prime, your own success can skyrocket by simply being on the water when fewer other anglers are about.

Probably the surest way of beating the crowds is forgetting about the popular, well-known spots altogether and instead, focusing your efforts on fishing locations that fly under the radar. Virtually every river, creek and stream that flows into the Great Lakes attracts at least a few trout and salmon in the fall, so hitting up these smaller, less-known tributaries can really pay off. You won't face anywhere near as many fish as you will on the big popular rivers, but you'll often have them all to yourself. 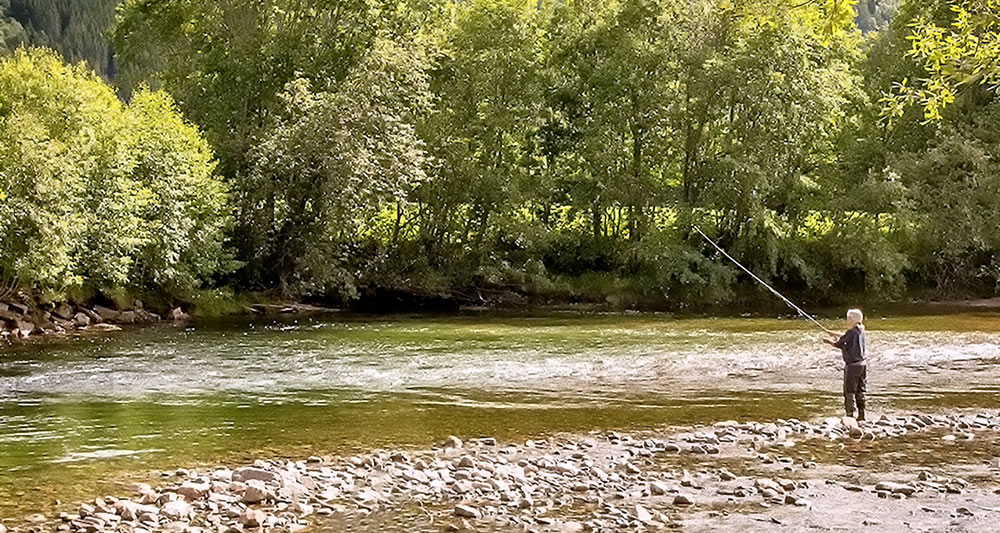 At first light this spot is normally crowded elbow-to-elbow with eager anglers. But by 4:00 pm, it's often almost deserted.

Watch For Fish To Move

If you have no choice but to fish the more popular locations that everybody knows, stop and watch the action for a few minutes before you wet a line. Chances are you'll see the majority of anglers crowded into obvious spots, whether they're catching fish or not.

When faced with heavy fishing pressure, trout and salmon will often shift their positions in the stream to get away from the traffic. That's when it can really pay to watch where people are fishing, and where they're not. Sometimes, you can find great action in the spots that everyone else has overlooked.

Forget those big obvious pools and instead, try small holes under overhanging banks, areas beneath streamside brush or alongside partially submerged logs. Even dark spots in the middle of a shallow rapids or riffle can hold a fish or two if there's a rock of two fish can hide behind.

Walking the extra mile can pay big-time, and especially where trophy brown trout are concerned.
The good news is the fish in these less obvious spots tend to have settled down, so it's not unusual to hook one almost right away. Because they're small spaces, these are all pretty much one-fish spots. But if you try enough of them, you can have quite a day - and do a whole lot better than the less enterprising anglers flogging away at the big obvious honey holes.

Whether you adjust your location, the time of day, the day or the week or where you actually cast, the key is to get away from everyone else. Doing so - instead of camping out with the crowd - is all it takes to turn a frustrating experience into a day to remember.