The Pike are Back

By Craig Ritchie - September 21, 2022
With apologies to Charles Dickens, the early fall - for anglers in the Midwest, at least - is the best of times, and the worst of times. On one hand, it's awesome because it's prime time for just about everything. Bass fishing is peaking, walleye are turning on, muskie are snapping out of their mid-summer funk and Great Lakes trout and salmon fishing is dialled up to 11. But it's also one of the toughest periods of the year, simply because with everything peaking at once, it can be tough to decide exactly where to start. 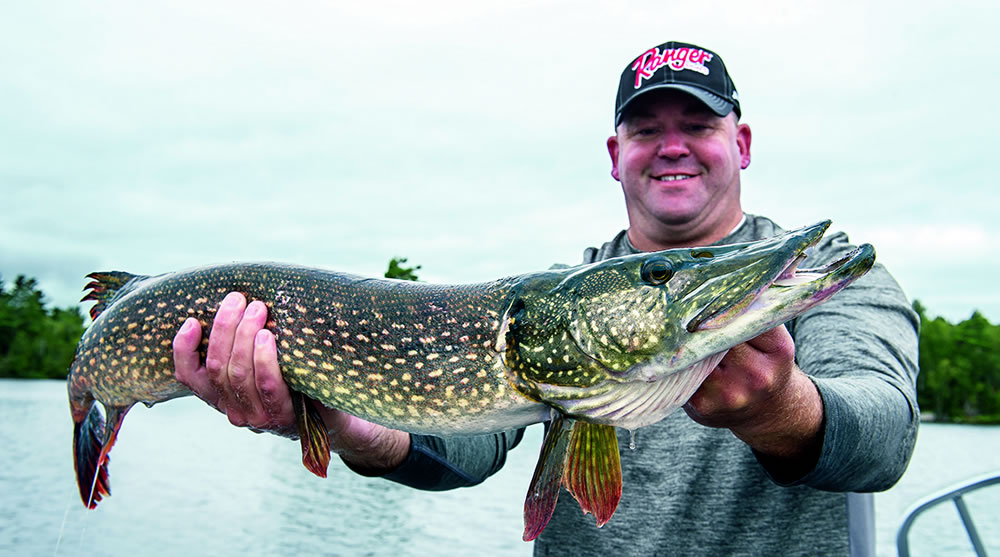 With the onset of cooler weather pike return to shallow water, concentrating in spots where prey-rich shallows meet the open lake basin.
But even in the face of this tremendous abundance of opportunity, one thing I always make a point to doing is getting out to enjoy the early fall pike bonanza.

Part of that comes from limited opportunity. Bass fishing is great in September, but I've been fishing bass all summer. Walleye fishing is turning on, but that will only get better in the weeks ahead, and it's the same for the muskie and steelhead. Not so for pike. Where I live on the Great Lakes, opportunities for really great pike fishing are actually fairly limited. There's terrific action in the spring when the season first opens, but it's short lived, as rising water temperatures soon drive the fish into deep water for the summer, where they're extremely difficult to locate. By mid-September and into early October, they return to the shallows for another big feeding binge. Then as water temperatures continue to drop and even out, they once again scatter lake-wide.

It's only for a few weeks in the spring and fall when numbers of bigger pike are concentrated in easily predictable spots, and that's why I make a point of getting in my licks while the action is at its peak.

The reason pike concentrate in spring and fall comes down to water temperature. Although they're attracted to shallow water and its wealth of easy prey, adult pike are fairly sensitive fish and don't like being too warm. That's why they retreat to the depths every summer.

As lakes approach fall turnover, water temperatures in the shallows drop, inviting pike back to their early season haunts. What that means is the best places to find pike in early fall are the very same places where you last saw them in May - hanging out along shoreline structures that connect the shallows with the depths of the main lake basin. 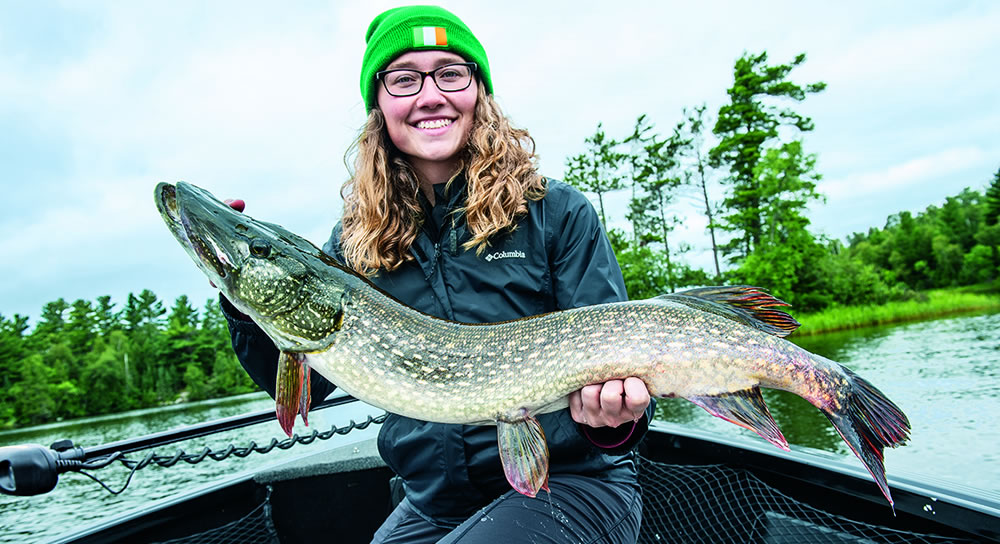 If you're not sure where to start, begin by trolling the face of major structures or deep weed lines that are exposed to prevailing winds. When you hook a fish, switch to a casting approach and work the immediate area thoroughly to pick up additional fish.
Shoreline points that drop rapidly into deep water are key features to look for, along with structures like saddles that border on deep water while connecting offshore islands to the shore (or to other islands). You want spots that are exposed to the wind, because with the change of season these are the first places pike will gravitate to as autumn weather begins to break up summer thermoclines.

On lakes that lack such distinctive structural features, look for pike to gravitate to the open side of deep weed lines, which can do essentially the same thing. What you want are spots where winds confront places where prey fish can be found in abundance.

Locating pike is more than half the battle in the early fall, because once you find them, the actual catching is pretty easy.

If I'm fishing a fairly extensive area and I'm not sure where the fish might be, I'll usually start by trolling the face of the structure with large, deep-diving minnowbaits that kick out plenty of vibration. The idea is to work the bait right over bottom, or just over the tops of any submerged weed patches. Old standbys like the Rapala J13, Rapala Super Shad Rap, Bucher Jointed Depth Raider and Rebel Spoonbill may be legacy baits, but they continue to put big pike into boats year after year.

Pike move into the shallows to feed, to go with beefy minnowbaits that will appeal to these aggressive fish.
Once I catch a few fish, some consistencies should begin to emerge, allowing you to identify key locations and start casting instead. Casting allows you to work specific locations more thoroughly than you can by making repeated trolling passes, and usually means more fish contacted when pike are focused on specific locations.

If I'm fishing a place where the structure already suggests key focal points - spots on top of spots, as some anglers put it - then I'll forget the trolling and just begin casting right from the get-go, to keep my offering in prime territory for as long as possible.

The whole game is incredibly weather-dependant, and the rapid onset of cold fall weather will bring the fast action to a close. That being the case, get out there while you can, and take advantage of this limited opportunity to enjoy fast action with chunky, aggressive fall pike. It doesn't last for long, but while it does, it will quickly make you forget about all those other temptations competing for your attention at this wonderful time of year.