Are Lithium-ion Batteries Worth the Cost?

By Craig Ritchie - September 16, 2022
Since they first appeared on the boating market a couple of years ago, lithium-ion batteries have captured angler's attention and generated a lot of talk. It's easy to understand why, especially when we hear claims that lithium-ion batteries can deliver run times twice as long as what we get from deep-cycle gel cells, and that they don't fade and steadily lose power as the day wears on. They're also supposed to last far longer overall, so you don't have to replace them as often. 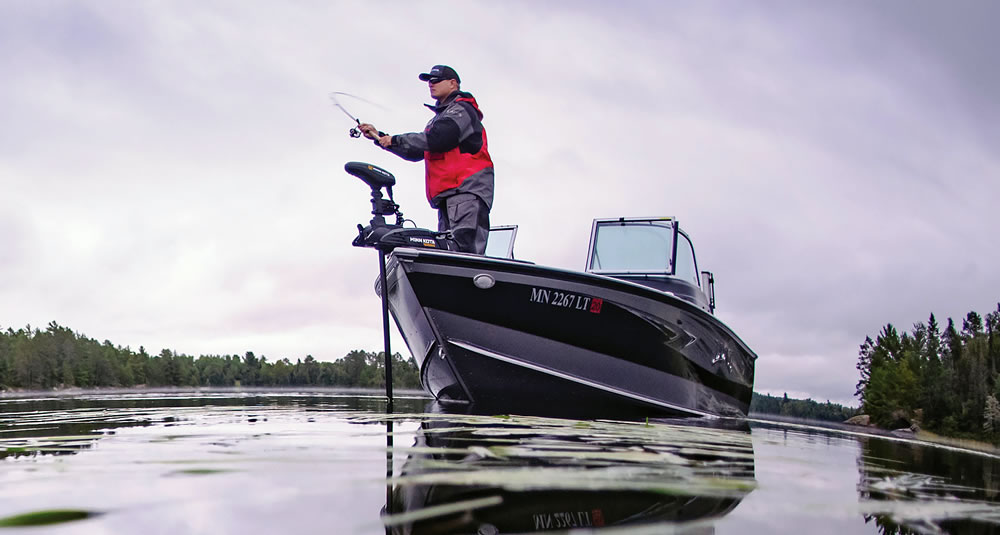 Benefits to lithium-ion batteries include much longer run times, longer service life, voltage stability and connectivity with smartphones and multi-function displays.
It all sounds great - and almost too good to be true. It's understandable that anglers might be skeptical about such dramatic claims. After all, who among us hasn't been disappointed before when new gear didn't really live up to the hype?

So are these things really that good? Let's take a closer look...

Companies that make lithium-ion batteries say that they provide run times that are twice as long as what you can get out of traditional deep-cycle batteries. This claim is 100% true.

The key to a lithium-ion battery's performance lies in its ability to access its full charge. A dirty little secret with traditional lead acid or gel-type deep cycle batteries is that none of them can access more than about 50% of their total charge, and that's a function of their chemistry and the way they are physically constructed. Lithium-ion batteries are put together differently, allowing them to be run down to a true 0% state of charge, says electrical engineer Donald Hasler, who works with Mission Critical Electronics. "By using a different internal chemistry and architecture, lithium-ion batteries can easily provide double the run times of old-school deep cycle batteries," he says. "The way a battery is built has a huge bearing on its performance. Most of us are familiar with the differences between deep-cycle batteries and cranking batteries - one is designed for a steady drain over a long period of time, while the other is designed to provide a burst of power over a shorter period. Just the same way, a lithium-ion is built to access and use its full charge in a way that lead acid batteries or gel batteries can't." 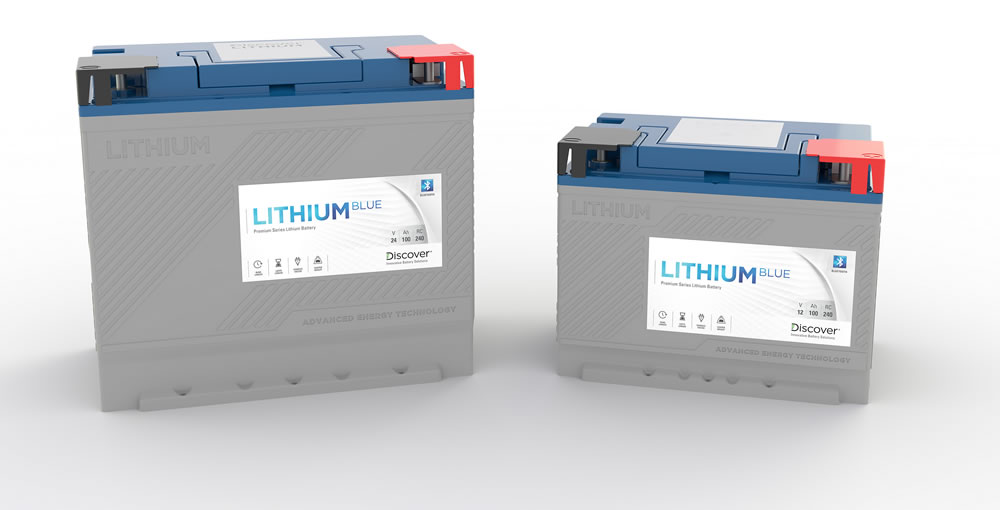 A different internal architecture allows lithium-ion batteries to access their full charge and deliver run times that are generally twice that of comparable deep cycle lead acid or gel cells.

Voltage stability is said to be another area where lithium-Ion batteries set a new standard. What that means is that lithium-ion batteries deliver a full 12.1-volt current all day long, instead of starting off at full power then growing progressively weaker as they're discharged.

That's what typically happens with traditional AGM/lead acid batteries, which can only deliver their full 12.1 volt output through the top 20% to maybe 25% percent of their charge, says Hasler. As their charge is depleted, the voltage being put out to your electronics begins to drop … to 11.9 volts, 11.7 volts, 11.5 volts and so on.

The problem is that electric trolling motors, downriggers, GPS and sonar are designed to work at 12.1 volts, and any drop in voltage below that level will compromise their performance. In other words, that high-definition sonar you spent a bundle on is only truly high-def for the first two or three hours of the day. As battery voltage drops, so does its ability to identify and render fish. By mid-morning, many of us are no longer enjoying the full level of performance that we paid for, simply because the device isn't getting all the juice it needs.

Not so with lithium-ion batteries, which put out a stable 12.1 volts until they're dead. That's why if you run one to exhaustion, you find everything works just fine then just stops functioning altogether. It's not a gradual fade in power, but more like falling off a cliff.

The third big plus to lithium-ion batteries is that their overall lifespan is said to be up to six times longer than that of regular deep cycles. Because of their unique architecture, a 12-volt lithium-ion battery has a service life of around 3,200 to 3,600 charging cycles. By comparison, Hasler says a traditional lead acid or gel cell only has a life of around 600 charge cycles. That's obviously a huge difference.

As someone who has an interest in healthy ecosystems, I appreciate not having to replace my batteries every couple of years in order to maintain peak performance. Even more, I like the fact that means less waste, and less toxic crap going into landfill. 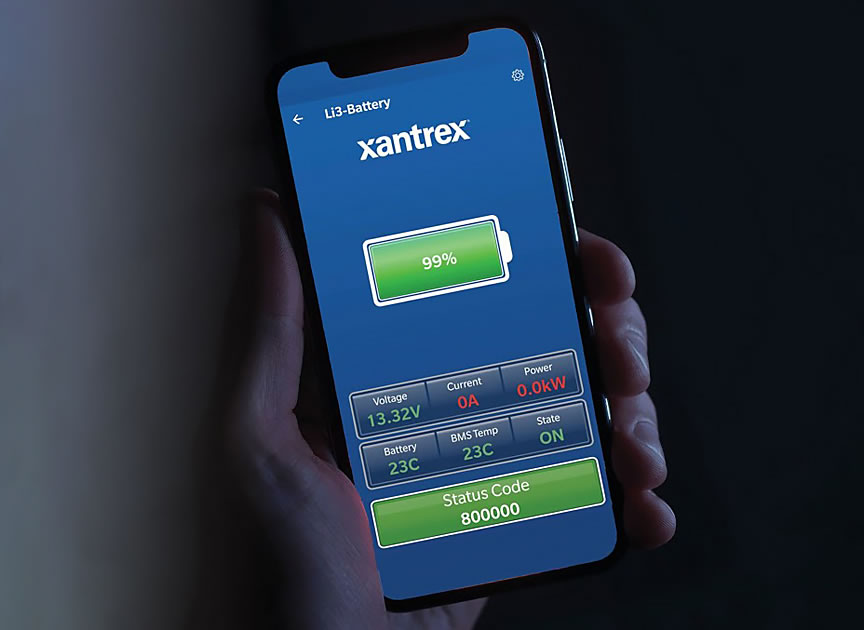 The ability to monitor battery charge remotely is one of the biggest benefits to lithium-ion batteries. Some systems can even alert you if someone pulls the plug on your charger overnight.

Basic deep cycle batteries are ancient technology. Lithium-ion batteries are state-of-the-art, which is why many of them come with built-in battery management systems and either NMEA2000 or Bluetooth connectivity.

What that means is that you can connect the battery management software right into your fishfinder, if you like, and monitor batter levels right there on the main screen. Or, check them on a smartphone if you want to verify the charger has finished doing its job. Some systems can even alert you if the charger's AC feed is cut off, so you don't wake up on the first day of the tournament surprised to find nothing got charged overnight.

It would be if it weren't for one important consideration, and that's cost. Although the price of lithium-ion batteries has dropped substantially over the last few years, they're still on average around four times the price of comparable lead acid or gel deep cycle cells.

You may also have to spring for a new battery charger, since old-school units may not be compatible with lithium-ion chemistry. Some are, others aren't, so check your manual first.

Even so, measured over the full life of the batteries, the total cost of upgrading to lithium-ion usually works out to be a wash. Because they last so long, you might even save a bit of money in the long run, especially if you account for the inevitable price increases over the next dozen to 15 years.

The main reasons to switch are that you will immediately enjoy double the run time you have now, you get full power all day long with no fading, the extra benefits of smart technology, you won't have to even think about replacing the batteries for many years to come, and your onboard electronics will finally be able to give you the performance that you already paid for.