How Long to Fish a Spot

By Craig Ritchie - August 10, 2022
If there's one time of year that can be tough on anglers, it's those so-called dog days of summer. And whether you're fishing in a weekend tournament, or just out for some fun with the kids, the one thing that pretty well all anglers wrestle with at this time of year is the basic question of how long to stay and fish a given spot.

It might be a basic question, but it's also a fairly complex one because the right answer depends on a lot of different things - like how big the area is, how deep the water is, or how clear the water is. 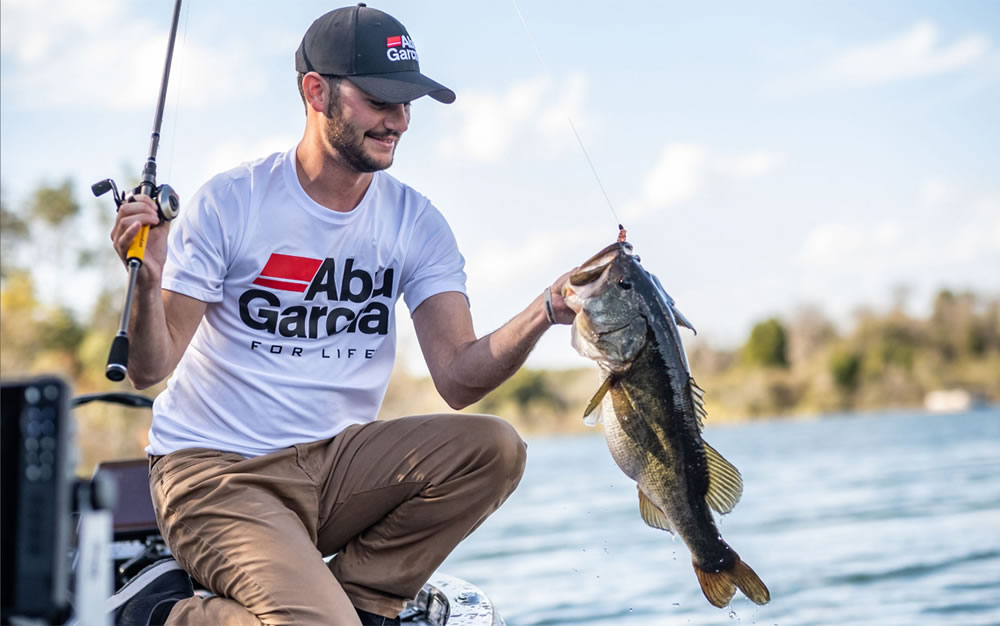 When To Run and Gun

I'm not an especially patient person, so given the option I prefer to fish use active presentations that work horizontally through the water and cover a lot of ground. Depending on the water depth, that generally means throwing things like buzzbaits in the shallows, jerkbaits, spinnerbaits or swimbaits in the mid-depths, and crankbaits when fishing deeper. With this type of approach, I can strain a lot of water in a short amount of time. These active presentations tend to catch active fish, while other fish that are in a more neutral mood tend to ignore them.

That being the case, when I'm fishing this way, it doesn't make sense to camp out on a given spot for very long. Fish that ignored my bait the first time they saw it are even less likely to take a swipe at it the second time around, so there's greater value in moving to a new location and trying my luck on fresh fish. Because I don't spend much time on any one location - 20 minutes or maybe a half-our tops - I need to have a lot of them to get me through a day.

It also means a lot of running around and a higher fuel bill. But this approach lets me show my bait to a lot of fish over the course of a day and, even if only a small percentage of them hit, I still end the day with tired arms and a sore thumb, which is a very good thing. 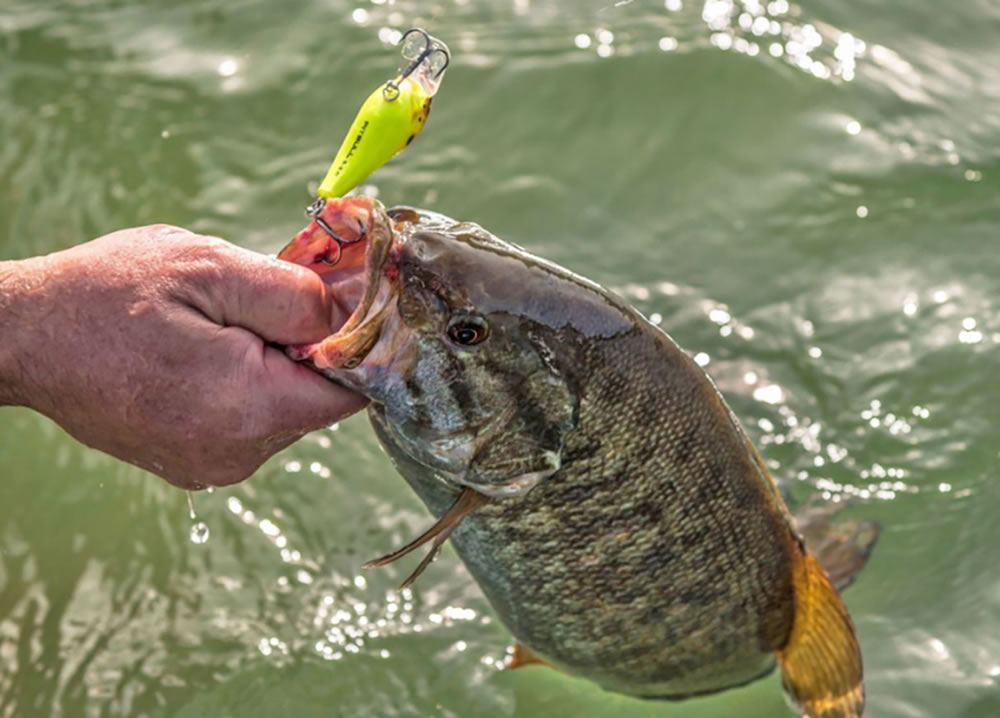 When fishing vertical presentations you're usually best to cover ground and try many spots over the course of a day.

When to Stick It Out

That's not to say that running and gunning is always the best approach, and sometimes it makes more sense to fish a key spot more thoroughly with a slower, more vertical approach, using lures like jigs or plastic worms. Where running and gunning works when I don't know exactly where fish are located, camping out and fishing slow works best when good numbers of fish are concentrated on a specific piece of cover or structure.

One example of this would be when you're trying to catch heavily pressured fish. When there's a lot of competition from other anglers - and especially in systems with really clear water - bass and walleye in particular will bury themselves right into the cover. Your only real hope of catching them is to carefully pick your way along, dropping a jig or a small finesse worm into every shady spot in the weeds, and put in your time. That's especially important if the water has a bit of color to it.

Another example of a situation where it makes more sense to sit on a spot and put in your time would be when you're trying to catch transient fish that are on the move. By transient fish, I mean fish that adopt a more pelagic lifestyle and suspend in open water, only occasionally coming into contact with shoreline points, islands, saddles and other similar features. Most lakes have populations of walleye, smallmouth bass, muskie and (to a much lesser degree) largemouth bass that live this way. Because they don't relate to typical shoreline cover, most of the time, these fish are completely untouched. 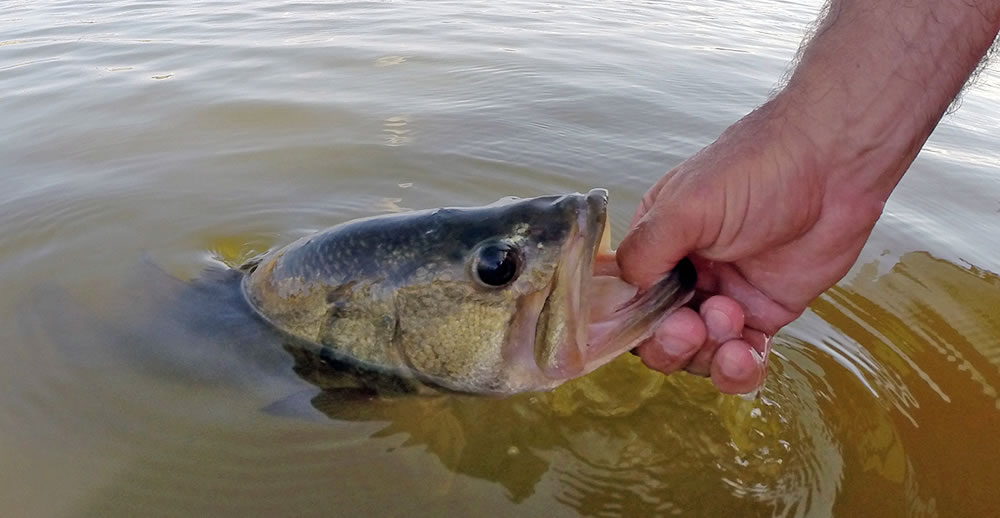 Water color can influence how long you fish a given spot. In off-colored conditions, put in the extra time and give fish more opportunity to find your bait.
Going hunting for these fish is too hit-and-miss, so when targeting transients I'll pick what I feel is the most likely place for them to stop by as they wander the lake, then set an anchor and wait for them to show up. You could very well fish for hours without a sniff, then catch 10 fish on 10 casts before the action ends as the school moves off. The key to catching them is to put in the time and stick it out.

So how long should you fish a spot? It depends on what you're trying to do. When you're fishing horizontally to find active fish, it makes sense to keep moving and cover as much real estate as you can. But when you're mining for fish sitting tight to cover, or waiting for fish on the move to come your way, you're better to hang tight and put in your time. Follow those basic guidelines, and you'll never again catch yourself wondering if it's time to move on.