By Craig Ritchie - July 7, 2022
Everyone knows largemouth bass love cover such as weed beds, lily pads and fallen trees. But good cover can also be man-made, and boat docks might just be the best of all. That's why thousands of bass tournaments have been won - and continue to be won - by anglers flipping jigs along the edge of boat docks. 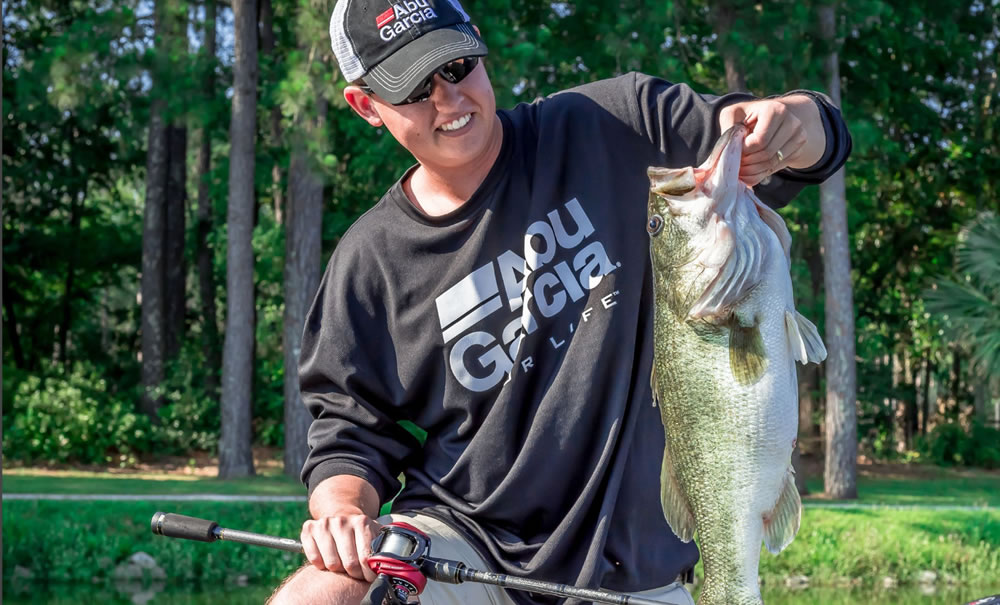 I've always been a big fan of fishing docks, and especially at this time of year while the big bass are still in the shallows and haven't yet moved off to their mid-summer haunts in deeper water. It's easy fishing, and it can be unbelievably productive.

Docks are attractive to bass because they offer the kind of dark, sheltered spaces they use to ambush prey, while simultaneously protecting them from overhead predators like ospreys. What's more, docks tend to attract insects, which in turn attract the small fish that bass prey on. For a bass, finding a dock is like finding a comfy home with a conveyor belt at the front door, bringing a constant stream of food. It just doesn't get any better.

Made in the Shade

Of course not all docks are the same - some will be proven fish magnets year after year while others just never seem to produce. The best docks are big old ones that sit low to the water on thick wooden posts or rock-filled cribs. I like docks that are long, low and wide, because they offer the greatest amount of shade along with loads of vertical structure like those pilings and cribs for bass to hide behind. 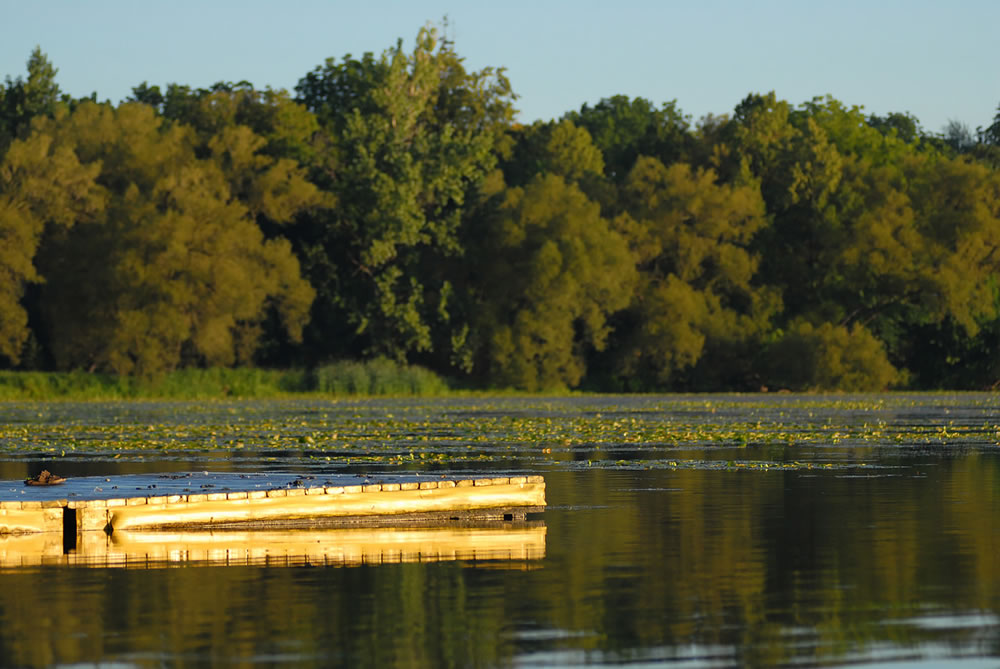 The best docks are wide, low to the water, have big vertical supports and plenty of lead-in cover.
While the dock itself is important, so too is the environment around it. If the water around the dock is moderately deep and has some lead-in cover in the form of stumps or weed growth, then so much the better.

Floating docks can be good provided they have a decent support structure under them, and plenty of lead-in cover.
Broken docks, where the end is kind of falling off from years of neglect, are also pretty magical. All that extra material hanging in the water makes the spot that much more attractive to a passing bass.

Docks with broken bits can be magical, as bass gravitate to the additional collapsed matter in the water. In spite of this dock's skinny metal legs, it sits low to the water and there's a ton of lead-in cover, making it a decent bass producer.
What I don't like are narrow docks that are perched high above the surface on thin metal poles, since they offer little shade and little underwater cover for bass. But perhaps the least attractive of all is any dock sitting in a shallow, clear area that's utterly devoid of weeds or any kind of lead-in cover to attract fish to it in the first place.

By contrast, docks that sit high over the water on skinny legs don't offer much for bass. There's no lead-in cover either, making this dock a poor choice for anglers.

Fishing docks is about as simple as it gets, but it's one form of fishing where the devil is in the details.

The idea is to toss a subtle bait like a jig or a small plastic worm right alongside the dock, and let it sink on a slack line. As the bait sinks, watch your line carefully where it enters the water, and set the hook at any sign of sideways movement.

Always start by fishing the shady side of the dock first, because that's almost always where the active fish will be. Start at the deep end, and work your way in shallower, taking the time to check out any brush or weed clumps adjacent to the dock as well.

Learning to pitch the bait - where you hold the jig in your left hand, point the rod low then release the lure as you swing the rod forward in an underhand motion, sending the jig sailing out low over the water and landing with barely a ripple - is a super-stealthy approach and one that's worth taking the time to master, because it means more fish over the course of a day. With practice, you can attain surprising distance and accuracy too.

If you don't get any action, move on. Docks belong to people, so don't camp out on someone's dock for any longer than it takes to fish it. If you accidentally get snagged on the dock, then make a special effort to get your hook out of there. Do not leave your jig stuck in someone's property, because it's almost a certainty people - and more importantly, kids - will be swimming around it.

If people are outside and using their dock, then show them courtesy and leave it alone. Never fish a dock that's in use - unless of course, the people have expressly invited you to do so.

It does take a bit of time to get the hang of it, but docks are a great fishing pattern that's at its peak right now, while most of the bigger bass are still in the shallows and haven't yet moved offshore to their mid-summer habitats. Get out there and give them a whirl - you'll be glad you did.