Getting Sneaky With Toothy Critters

By Craig Ritchie - June 6, 2022
One of the things I llike the most about fishing is enjoying its sheer variety. I'm just as happy wading small creeks for trout as I am trolling big water for walleye or salmon, probing the depths for lake trout, flipping shallow pads for bass or just fishing off the dock with a worm and a float for bluegill and perch. Truth is, I love it all. But if there's one thing I really do look forward to every year, it's the early summer pike and muskie extravaganza. 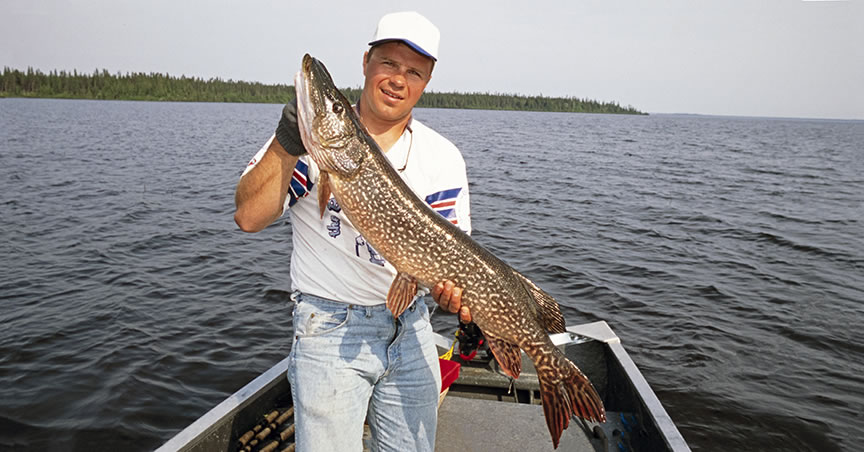 Mark Kulik shows off the result of burning shallow weeds with a chunky June gator.
Early summer is prime time to enjoy the easiest fishing for the year for these toothy critters, as they feed heavily to replace weight lost during early spring spawning. By June the fish are fully recovered and actively gorging themselves, while water temperatures remain moderate enough they haven't yet fled for the depths.

The period right after Memorial Day is when both pike and muskie are super-easy to locate. Look for emerging weeds in 6 to 10 feet of water, in areas that directly face the main lake basin It's exactly the same places where shiners, chubs, perch and crappie will spawn, and that's why the pike and muskie are there - it's a great big buffet.

On most lakes there will be no shortage of suitable spots to explore, so catching fish is very much a matter of covering water. This is when search baits really shine, and particularly those which offer that ideal combination of visual flash and throbbing vibration that esoxids everywhere find irresistable.

My go-to choices are big inline spinners, since they can effectively strain a huge amount of water in a very short time. They're easy to cast, easy to fish, they have a super-high hookup percentage and most importantly, they're easy to deal with when you get the fish to the boat. 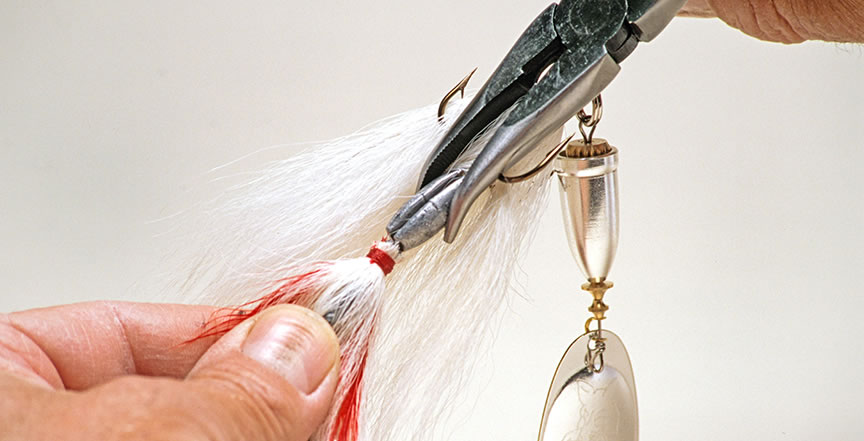 Crimping a rubber core sinker onto the hook shank or the wire lead between twin hooks is the easiest way to slow down spinners with big throbbing blades.
The problem with inline spinners is that they tend to zip along right under the surface when fished at higher speeds - and especially in the case of spinners with wider blades that kick out the most vibration. Those with narrower willowleaf-style blades run deeper, but they don't deliver the same kind of throb that is key to triggering strikes.

While burning the surface can be a great tactic at times, in early June it's usually better to stay a bit deeper with a thumping blade, and present a target that's easier to catch. Ideally, you want the spinner to just tick the tops of the emerging vegetation. You want to cover water quickly, but remain in the strike zone and appear to be easy prey.

To achieve this, you have to get sneaky. Keep the spinners with the big wide blades, but make them run deeper by adding supplemental weight.

The simplest way to do this is by using using a cheap rubber-core sinker. Pull the rubber core out so you're left with a hollow lead barrel with a slot in one side. You can then pop this open slot over the bare hook shank, being careful to get the bucktail dressing out of the way, and simply crimp it into place with lineman's pliers. 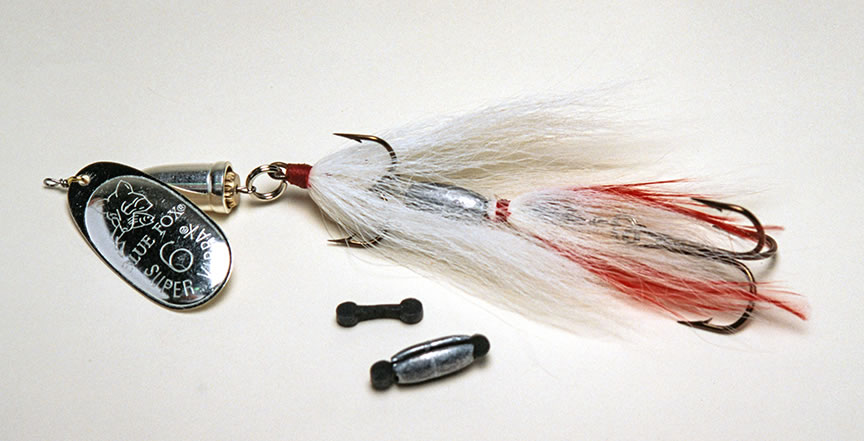 Adding supplemental weight to big spinners can make a huge difference in turning followers into hooked fish.
For twin-hook lures, just clamp the weight onto the wire between the two hooks.

What you wind up with is a big, thumping spinner that's a heck of a lot heavier than it was when it left the factory, and one which you can burn at a fast retrieve rate without having it plane up to the surface of the water. The spinner will stay deep, and appeal to more fish. 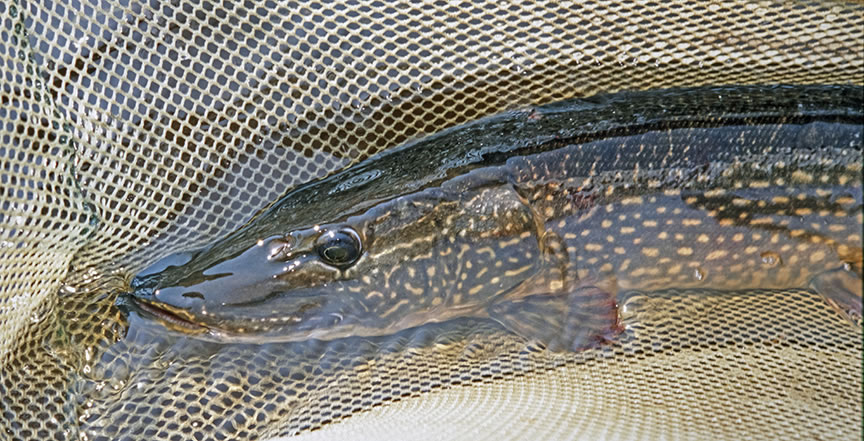 Spinner season only lasts a few weeks, but it marks some of the easiest fishing fo the year.
For the next couple of weeks, this is the ticket for catching pike and muskie on shallow weed flats. By the end of June the vegetation will have grown to the point you start catching more plants than fish, and the tootthy boys and girls begion shifting to their mid-summer habitat in deeper water.

But whiole it lasts, early summer spinner fishing is a blast. Give it a try, and you'll find you too look forward to it every year.