By Craig Ritchie - March 11, 2022
Don't get me wrong, I enjoy ice fishing. But like most anglers, there's a limit to how much time I can spend staring at an eight-inch hole. That's why the return of open water in March is always such a welcome sight - that, and the opportunity to get out in the warming weather to target big pre-spawn walleye.

In my part of the world walleye season closes at the end of March to protect the fish during their spring spawning period. But until then, they're fair game. In other areas walleye fall under extended or year-round open seasons, providing opportunities to target these fish at their peak weight and condition.

As always, finding fish is more than half the battle. 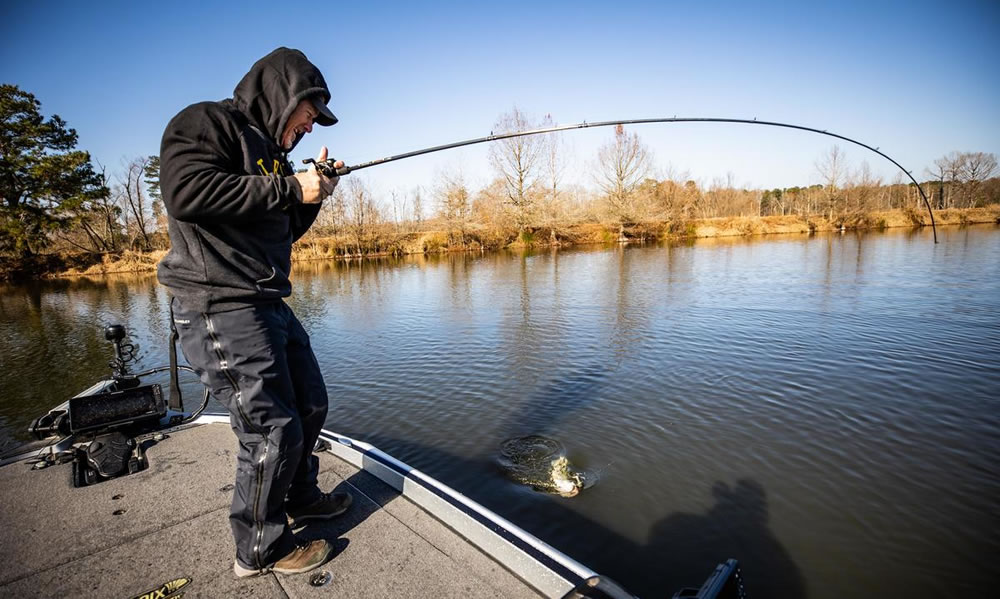 By March walleye will be concentrating near their spawning sites, including shallow rocky shoals facing the main lake basin, rock-bottomed points, and any areas where convergent shorelines create current flow, such as saddles running between offshore islands or between islands and the shoreline. Areas that face prevalent winds and which are exposed to steady wave action are best, and far more attractive to walleye than similar areas found in quiet coves protected from the wind.

But by far, the best place to find spring walleye is in rivers. Even lake-dwelling walleye actively seek out flowing water as spawning habitat, moving upstream or downstream into tributary streams in large numbers each March. In some systems, the majority of fish will spawn in inflowing or outflowing streams rather than in the main lake basis even is plenty of suitable habitat exists, making rivers the top starting spot for pre-spawn walleye just about everywhere.

Of course finding walleye is one thing - catching them can be another matter altogether. The combination of strong currents and cold water call for a slow, deliberate and precise approach since walleye won't move far to chase a bait in such frigid flows. The fact rivers may be swollen and discolored with snowmelt, limiting a walleye's field of vision, makes precise bait presentation all the more critical.

Since walleye activity level is low, your objective is to play a numbers game and make sure you show your bait to as many fish as possible. The more fish that see your offering, the more that will find their way onto the end of your line. 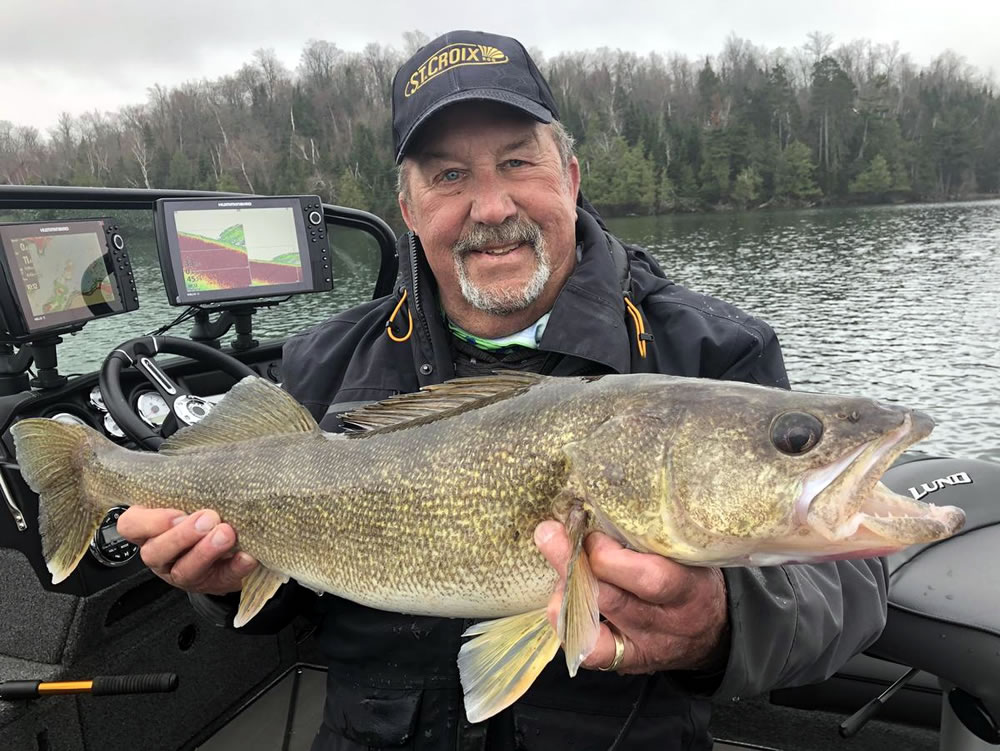 Deep and Slow Wins the Day

Since walleye will be reluctant to move far for a bait in the frigid water, the trick is to keep your offering right on bottom and moving as slowly as possible, while still showing it to as many fish as you can. You need to cover ground, but cover it slowly and thoroughly.

In larger spaces like open lakes and big rivers, that usually means trolling with baits that work well at ultra-slow speeds. Spinner rigs tipped with a thick, juicy nightcrawler are really tough to beat, combining visual attraction and vibration from the spinning blade with the intriguing smell of the natural bait. Fished on a short lead behind a suitably-sized bottom bouncer to keep the rig in front of the fish, spinner rigs come in natural metallic finishes, high-visibility fluorescents or super-subtle blacks and browns, allowing anglers to easily adapt to the variable water clarity of early spring.

Spinner rigs with bottom bouncers also extremely work well in more confined spaces like smaller rivers or a lake narrows, where casting may be preferable to trolling. I even use them when fishing small rivers from shore, casting them directly across and slightly upstream from my position, letting the rig sink, then bouncing it along bottom on a tight line, allowing the current to impart all the action. Sharp hooks allow an extremely high hook-up ratio, while the rig casts like a bullet into even gusty winds. 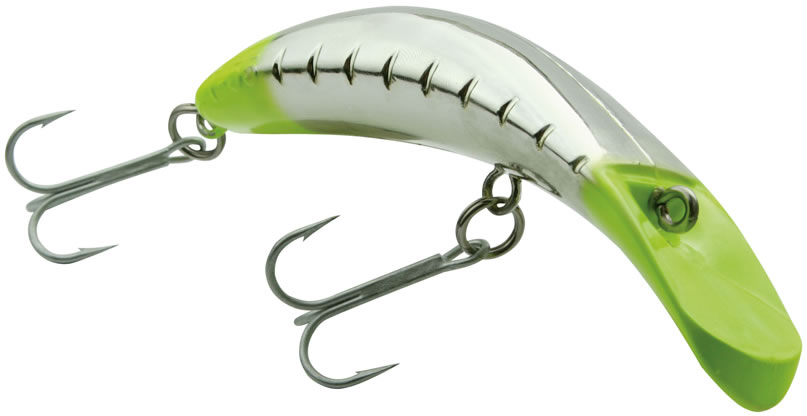 Banana baits that emit a lot of throbbing vibration at low speeds, like the Flatfish, can be effective in dirty water where walleye home in on sound rather than by sight.
In particularly turbid water that's swollen with runoff, a thumping crankbait that emits mountains of throbbing vibration can often outproduce spinner rigs because fish simply find them easier to locate. My approach is the same, keeping the bottom bouncer and simply swapping out the spinner rig for a banana bait like a Yakima Flatfish or Luhr Jensen Kwikfish. Neither of these baits dive much on the retrieve, reducing the chances of fouling on bottom, but both wobble frantically as very low speeds, creating a combination walleye can find irresistible.

That's really all there is to it. Pre-spawn walleye fishing is the ideal way to shake off a winter of drilling holes, representing fairly easy fishing that can bring truly big rewards. Get out there now while the getting's good - you could come away with the catch of a lifetime. - Craig Ritchie -30- Photo captions: Photo John Summerfield early walleyes.jpg John Summerfielswith a brace of nice early season walleye. Photo Jim McLaughlin early walleye.jpg Current areas attract early season walleye like this nice fish held by Jim McLaughlin. Photo Joe Cutajar walleyes.jpg Early season walleye fishing cal be cold and wet, but the rewards make it worthwhile. Photo Hawg-nose-flatfish-hero.jpg Banana baits that emit a lot of throbbing vibration at low speeds, like the Flatfish, can be effective in dirty water where walleye home in on sound rather than by sight.