Tips for Camping on Ice

By Dena Vick - November 3, 2021
Camping on the ice? If you really think about it, it seems a little more like camping on the moon minus the lack of atmosphere. Sure, you don't need an oxygen tank and helmet but you definitely need a protective suit, gloves, boots and headgear for a start. And then there is the consideration of why someone would want to camp on the ice. For starters, it's a great way to catch the night walleye bite while ice fishing. It's also quite the adventure. 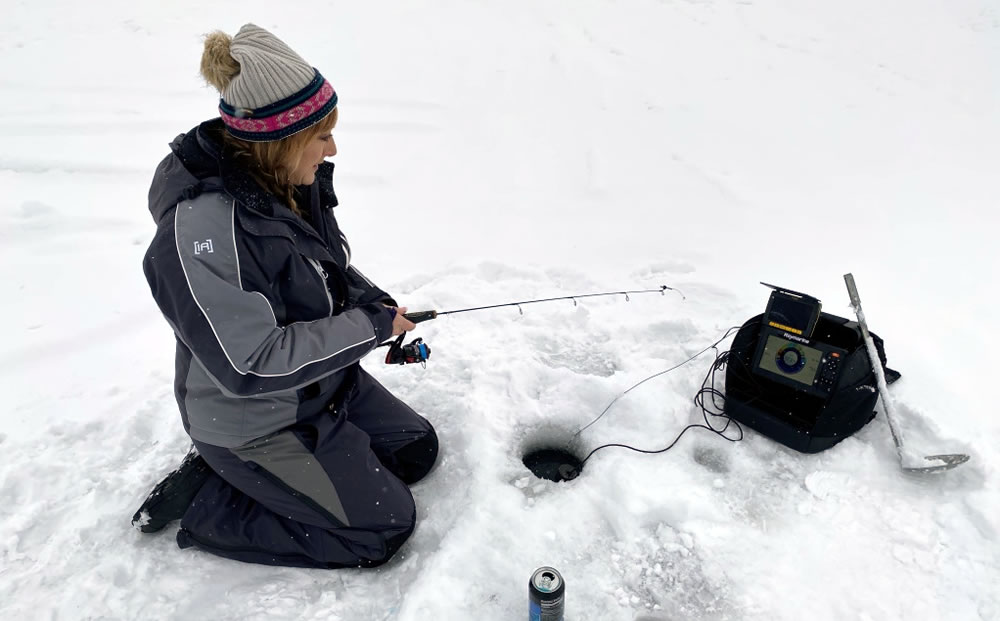 So, when Women On Ice founder Barb Carey assembled her team for the annual Women On Ice Project and explained that the team of the upcoming event would be camping on ice, she received an enthusiastic, "yes" across the board.

The plan consisted of a campsite on Lake Minnetonka. Two hard houses were used as base stations while the anglers-turned-campers would sleep in Clam 600 XL insulated Hubs. Gas powered generators were used to periodically charge the hard houses so that camera gear, batteries, and fish finders could be charged up overnight in preparation for each day of fishing. One of these stations, a Yetti, offered a microwave and oven so breakfast and coffee could be prepared each morning. All other meals were prepared on the Camp Chef grill including pizza! 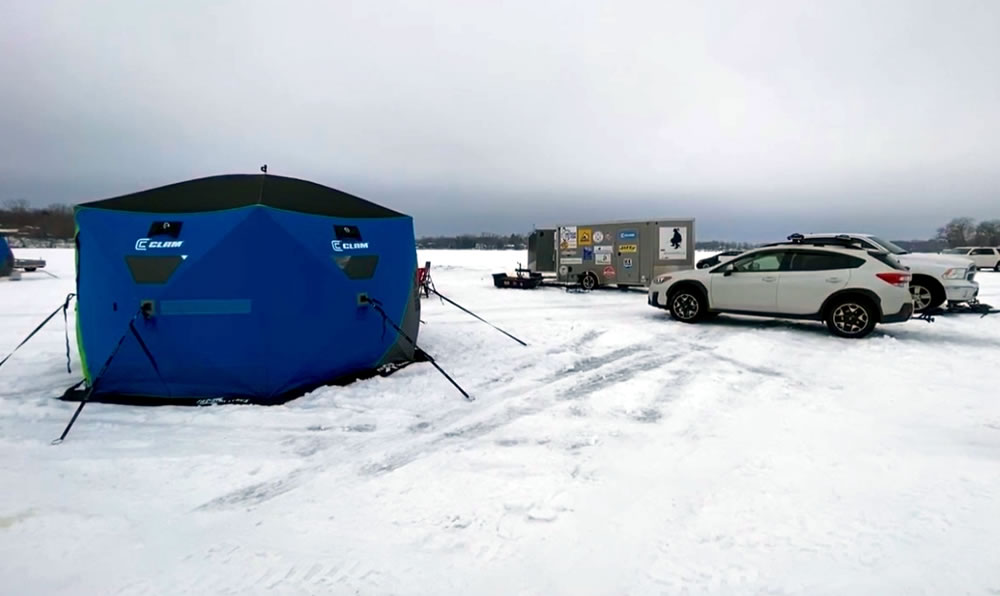 Each hub was outfitted with a Mr. Buddy propane heater, disco bed cots and bunkbeds, and sleeping bags.

What this camper learned: Tips for a more comfortable trip.

Make sure to keep the heaters on a crate or bench so that they don't sit directly on the ice. This keeps you from waking up only to step in a puddle of melted lake water.

Buy handwarmers and toe warmers in bulk. Here's why. They heat more than your toes and hands and they don't need fuel.

Put activated hand warmers near your toiletries to keep them from freezing. In my bunk, we kept our heater on medium to conserve fuel. We were warm in our sleeping bags but our personal items were not. I figured out this trick on night two.

Place activated hand warmers inside boots so that they aren't freezing when you slip your socked feet into them in the morning. I also put a towel over the top of them to trap the heat.

Bring a battery-operated fan to place in the hub. This circulates the heat so both roommates stay warm. Heat rises and some of the campers sleeping on the bottom bunk were cold when the camper on top was nice and warm.

Hang battery operated LED lights from the poles in the hub. Make sure to have the on/off switch near the top bunk so you don't have to climb out of a warm bed to turn them on and off.

Keep your ice suit on your cot with you. Your body will keep it warm and it's easily accessible in the morning.

Shut the floor panels at night to keep heat in the hub. We were able to partially close the flap even with a line down.

Battery operated Bluetooth speakers and disco balls will get the party started. Note: find a roomie that loves disco balls as much as you do. 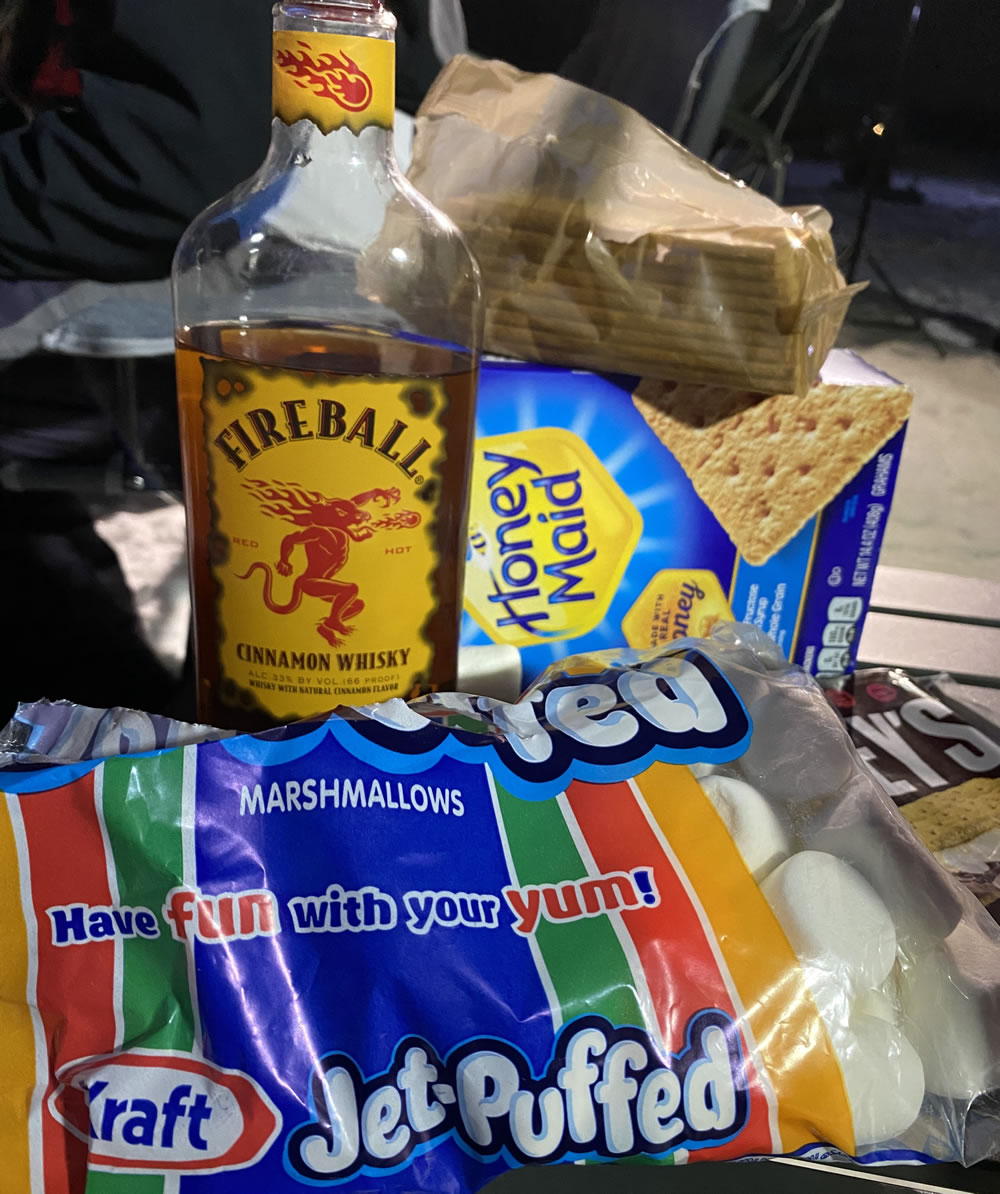 Ingredients: Directions:
Dena Vick
TRENDING DISCUSSIONS
Advertise here
Advertise here
Please take a moment to visit our sponsors. Without them we would not be here.