Breaking Down New Water When Your Pressed for Time

By Jaxton Orr - July 20, 2021
I have been a student at Homestead High School in Fort Wayne, Indiana for the past four years. In my four years of high school, I have had the privilege to chase my dreams and fish in national kayak fishing events all across the country. My school only allows me to miss ten days of school throughout the entire year, unless it is a family emergency or a doctor's appointment of course. Ten days may seem like a lot, but if I fish ten national events during the duration of my school year, I am only getting one day of practice per event. Some lakes such as Kentucky Lake and Lake Champlain are more than 75 miles long. In a kayak or even a bass boat, seventy five miles takes weeks to thoroughly cover. Dealing with the challenge of little to no practice time has really helped me learn how to prioritize my time during practice and make the very most of it. 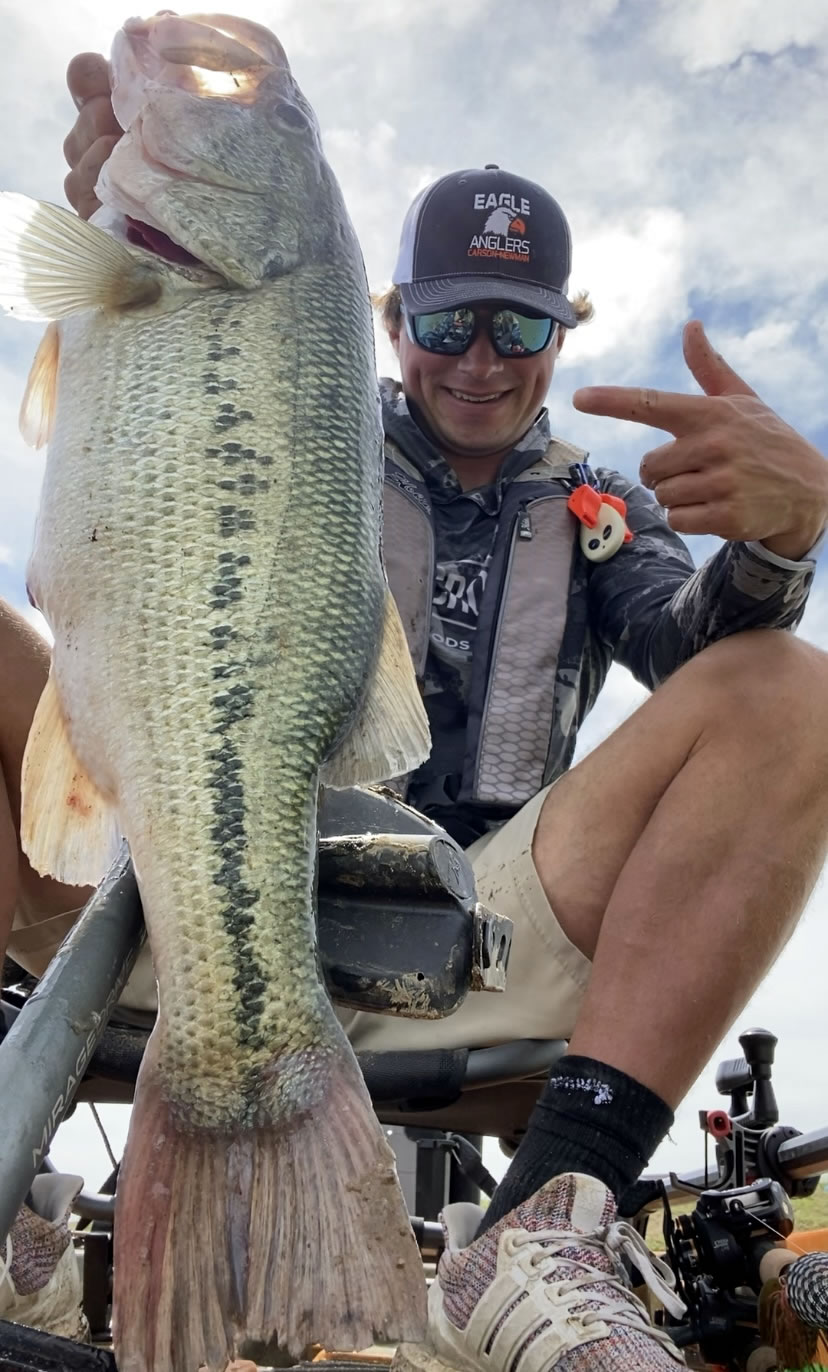 I am a huge believer in studying and gaining as much knowledge as possible about the lake before even seeing it. Three tools I ALWAYS utilize are Google Earth, Hummingbird's "Fish Smart" app or Lowrance's Navionics app, and Youtube. My reasoning for using Google Earth rather than Google Maps or Apple Maps, is because Google Earth allows me to see a timeline of the lake and view the water level, color, and vegetation throughout all four seasons. Not only that, but it gives me the opportunity to look for structures that may be on the shore in winter pool but will later be submerged during tournament season and summer pool. While Google Earth is pulled up on my computer, I open either Navionics or Fish Smart on my phone to compare the contours to the actual lake and the points of interest such as docks, points, sloughs, culverts and islands. There may be a river channel that runs through several docks or even a submerged island where many fish will be holding.

After taking an hour or so to familiarize myself with how the lake is laid out, I then go to Youtube to research recent videos of people fishing that certain lake within the last week (that way it's recent). You can certainly find a plethora of older videos of how the lake fishes, but be careful about what time of the year they were published. A video of someone fishing in the summer on Lake Chickamauga may not help you for a winter tournament on the same lake. It will fish much differently. Watching several Youtube videos will allow you to furthermore understand the bite, water clarity, and lake environment.

After utilizing all three of these tools, I pick a small section of the lake that has the structure and features that I want to focus on. After picking a section, I develop a game plan that will allow me to cover a lot of water. For instance, maybe switching launches five times and spending two hours at each launch. Only fish the spots that you know or at least think will have fish. It is incredibly important to stay clear of dead water so you do not waste valuable practice time. After actually getting on the lake and fishing all of your pre-selected locations, it is now up to you to use what you learned in practice to put the pieces together for a tournament winning gameplan.

Jaxton Orr
Jaxton Orr is an exceptional kayak angler from Fort Wayne, Indiana, competing in national and local kayak tournaments for the past four years. Jaxton has amassed 20 first place finishes, ten second place finishes and seven third place finishes. was most recently the runner-up KBF National Champion. He exudes positive energy through his passion for the sport, his heartfelt humility, and his eagerness to teach others about the joy of fishing.
TRENDING DISCUSSIONS
Advertise here
Advertise here
Please take a moment to visit our sponsors. Without them we would not be here.