Break Out The Buzzbaits

By Craig Ritchie - July 16, 2021
Early summer fishing really is a joy, both in its bounty and its simplicity.

It's bountiful alright. Fish are cold-blooded creatures, meaning their activity levels and their metabolism are directly tied to the ambient water temperature. The warmer things get, the faster they digest food and the more they need to eat. By the time those hot, hazy July mornings roll around, fish are hunting just about around the clock. The fact most of the fish in a given lake are still hanging out in comparatively shallow water then makes July the best month of the year for fishing with surface baits. For me, that means it's time to break out the buzzbaits. 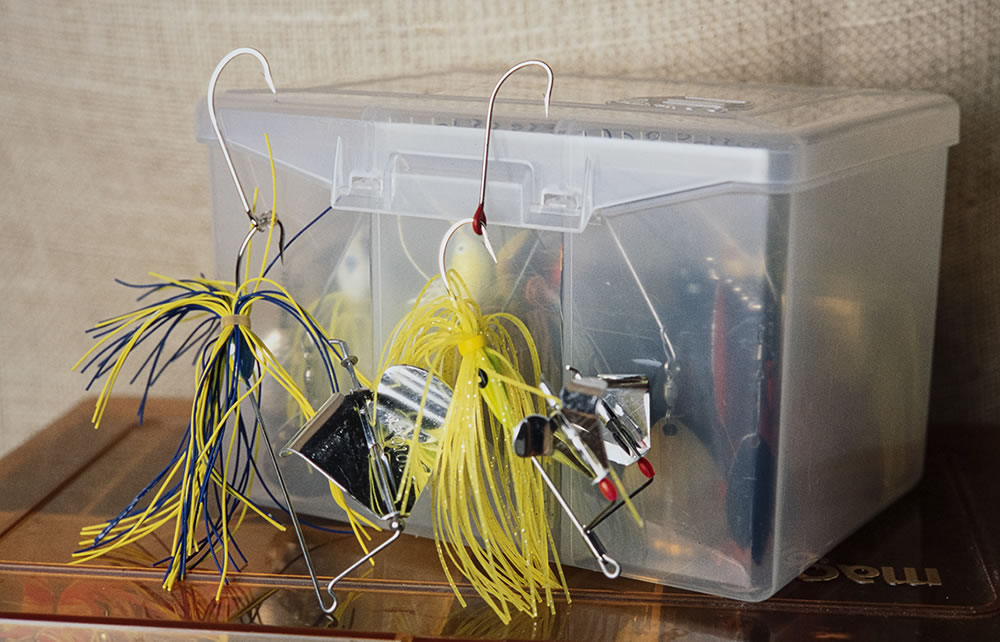 One small box carries enough baits for a month.
I like buzzbaits because they allow me to cover a ton of water in the course of a day. The more fish that see your offering, the more fish that will take a swipe at it. With bass, pike and muskie all at their peak activity level, there's just no better time to churn the surface and cash in on these aggressive bites.

The other nice thing about buzzbaits is that their single, upturned hook tends to miss most of the weeds. On the natural lakes where I usually fish, July is when grasses and millfoils almost reach the surface, occasionally fouling the hooks of traditional topwater baits that have their trebles hanging in the water below. Not so for buzzbaits, which slide right over the green stuff without getting fouled.

Finally, the single hook of a buzzbait is a whole lot less fuss to deal with than a bait with a couple of trebles on it, meaning a much easier experience for the fish before you release it, and less fuss for you when those hooks get wrapped up in your net.

Although they can call in fish from incredible distances, buzzbaits tend to work best when fish are actively feeding in comparatively shallow water.

With their ability to cover water, they're unbeatable for working over large areas of emerging vegetation, such as cabbage flats where the greenery comes to within a foot or so of the surface. These fields of emerging weed growth in three to eight feet of water can be exceptionally productive in early summer, with most bass, pike and muskie still cruising near the tops of the weeds where they're highly succeptible to surface presentations. 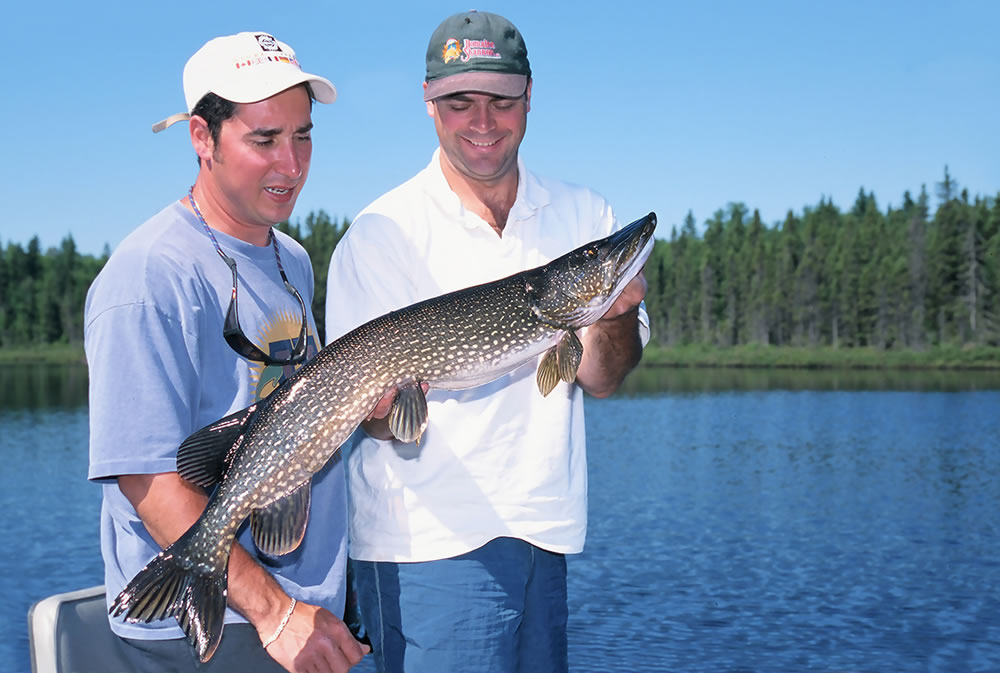 Buzzbaits cover a lot of water in a hurry, making them ideal for searching out over emergent weed flats.
Where most topwater fishing is a calm water only affair, buzzbaits make so much noise that they they will continue to produce long after the wind comes up. Where most anglers think of topwater fishing as a morning and evening thing, with their extra volume buzzbaits continue to produce all day long. That's especially when fishing open weed flats, which are more exposed to surface winds.

There's nothing subtle about a buzzbait. You're out there to wake the fish up with a bit of noise, so select baits based on just how much racket they can make.

I prefer double buzzbaits for that exact reason - their twin blades make twice the fuss, while they also tend to generate more lift and keep the bait riding higher in the water, where it's less likely to hang up on any grass. Double buzzers come in both tandem and parallell blade configurations, and it's worth carrying some of each. Tandem models, like the Pepper Double Buzzer, tend to work a little better in areas where you have a lot of duckweed floating on the surface, since the first blade effectively clears a path for the second one. They're also a little easier to cast in windy conditions thanks to their narrower profile.

On the other hand, parallell buzzbaits like the Strike King Premier Plus or the Terminator Tandem Buzz (I know the name seems misleading) tend to track straighter in open water, and can be fished more slowly without losing their grip on the surface. If a big pike or muskie follows in without striking, a few more casts into the same area with a slower retrieve can sometimes turn the trick. That's not so easy with a standard, single-blade buzzbait. 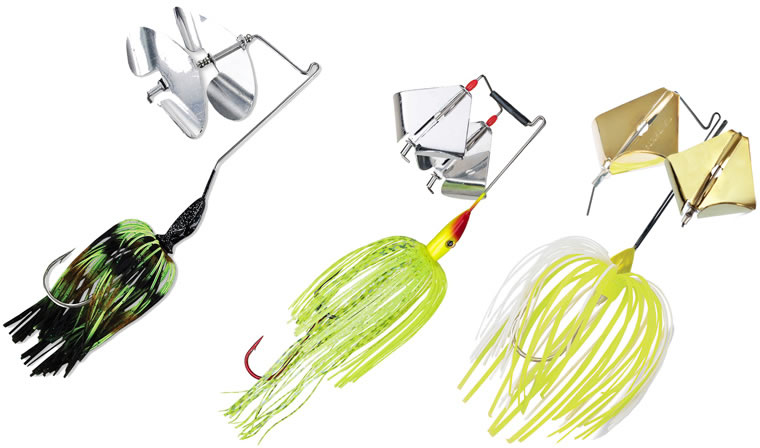 From left: Pepper Double Buzzbait, Strike King Premier Plus and Terminator Tandem Buzz.
When it comes to color every angler has their favorites. I tend to stick with lures I can see well, which lets me fish the buzzbait more effectively. Most of the time, that means silver or gold blades to stand out against the weeds, paired with a white or chartreuse skirt. But that color choice is for my benefit - the fish don't care. Because they're looking up at the sky when they chase the bait, fish see buzzbaits in silhouette anyway, making color choice far less important than it is in other situations.

Buzzbaits are easy to fish, they cover water well, and they seldom hang up in that emergent vegetation. With their effectiveness on bass, pike and muskie, they're just about the perfect choice for cashing in on July's early summer bonanza.