Walking the Dog for Topwater Action

By Shane Beilue - July 1, 2021
Without doubt, the best "bite" in all of bass fishing is the topwater bite. The sudden and explosive disruption of a quiet, still morning makes the anticipation almost as good as the final result. Topwater lures come in a variety of forms, but few have stood the test of time as the classic "walking bait" first introduced decades ago as the cigar-shaped Zara Spook. Today, many imitations of this simple design exist among various brands with the same result: boils, blowups and leaping bass.

For those new to the pursuit of bass fishing, topwater lures are most effective in the warmer months of spring through late fall when a bass' metabolism is higher, and classic times for tossing a topwater plug is during low light conditions of early morning, late evening, or anytime heavy cloud cover roll across the area. These are times when bass are generally out away from cover and aggressively looking for forage opportunities among the shallow points and flats or over submerged vegetation. There's something about the side-side, rhythmic cadence of a walking bait, such as the Storm Arashi Top Walker, that typically attracts a larger class of bass. The Top Walker is a 3-hook design, contains an internal rattle, and comes in 4/ 1/4" or 5 1/8", providing the opportunity to upsize the bait's profile to provide further appeal for larger bass.

The Storm Arashi Top Walker
The technique is to make a fairly long cast beyond any visible cover, such as shallow bushes. The retrieve is initiated with downward twitches of the rod tip in a 1-2, 1-2 cadence, while taking in slack with the reel. The trick is to walk and chew gum at the same time, i.e., getting the twitch cadence down to impart proper side-side action while taking up just enough slack with the reel handle to avoid hindering the lure's action. It's a skill that's actually acquired rather quickly. Even though bass are aggressive during these low-light periods, they will often still be oriented around cover, so retrieving the lure next to the visible cover will generate more consistent strikes. Even though low light periods are the classic scenario for getting a lot of reactions with topwater lures, bass will still occasionally strike a walking bait aggressively during periods of sun. When shade is present next to shallow cover, such as bushes, overhanging limbs or boat docks, a slower retrieve when near the shade or letting the bait pause for a few seconds within the shade of the cover can be a good tactic for drawing bass out.

Gear for properly walking a bait like the Top Walker is critical. Due to its tendency to sink in the water, fluorocarbon line is a no-go. Braided line or monofilament; however, have more buoyant properties than fluoro and both lines work great with the walking style lure. Neither line is as invisible as fluorocarbon; however, line visibility isn't a concern with a topwater - even in ultra-clear water. Because of this, don't fear going with heavy line to avoid breaking off a quality bass in the cover: 15-25# test monofilament or 40-50# braid are the line sizes of choice.

In order to provide proper action to the lure with ease, rod choices should be no longer than 7' in length. Longer rods tend to hit the side of the boat when imparting the downward twitch. Baitcasting reels in 6-8:1 gear ratio work great. 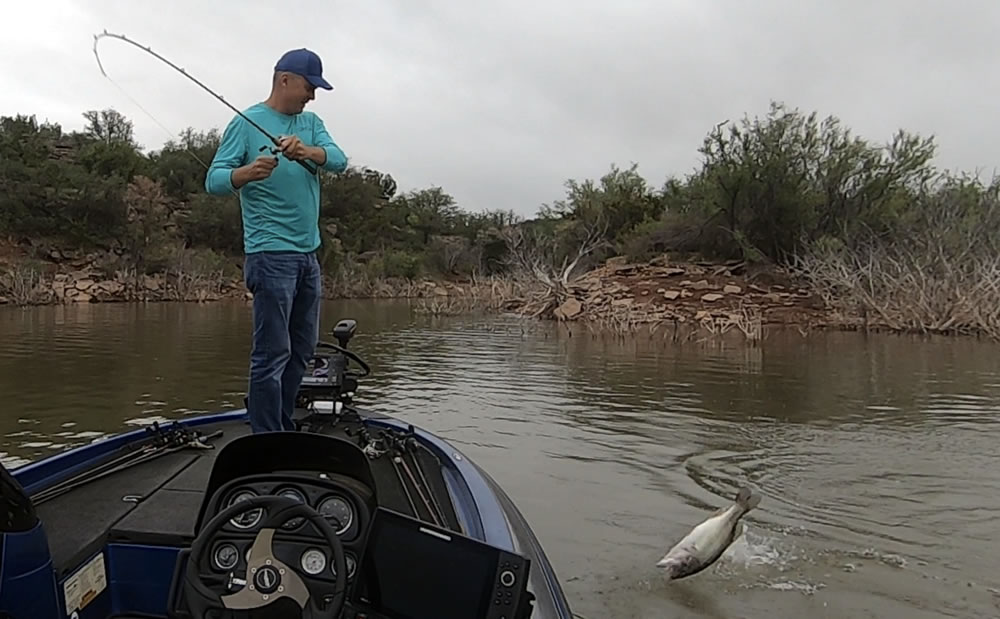