Weeds Are The Key To Spring Walleyes

By Craig Ritchie - May 13, 2021
Over a more than 35-year career as a full-time outdoor writer, I've been lucky enough to travel to a lot of places and learn a lot of different things about fishing - sometimes on my own, sometimes with professional guides, sometimes with big-time tournament pros and the hosts of nationally-televised fishing shows. And one thing I've learned in all of that is that no matter where you travel, some things are universal, and that includes ideas about how to fish for a different types of fish. In the case of walleye, that might be especially so, since no matter where you go, people associate walleye with rocky points, reefs and shoals. 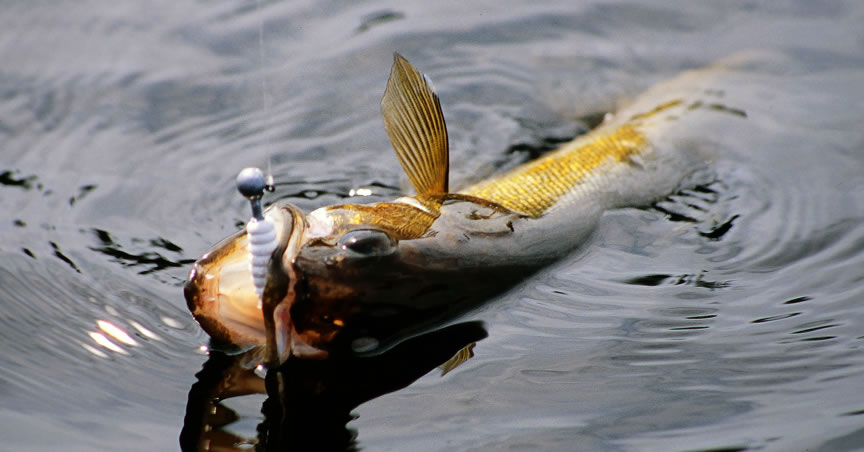 Walleye hang out at the base of the weeds, so jigs are the way to go.
And there's nothing wrong with that, those very spots consistently produce a lot of walleye. But they also attract a load of other walleye anglers, and that's the problem. I've always found it amusing that so many people will jockey onto the same well-known spots, competing with the crowd for highly-pressured fish, when other spots elsewhere on the lake that are just as reliable tend to go completely ignored.

In the spring and early summer, that means emerging weeds - a major walleye magnet that so many anglers completely ignore.

Weeds attract walleye for several reasons. Their fertility means there's plenty of food, including smaller fish and leeches. Weeds provide cover and protection from predators, while also offering loads of oxygen and shade.

The key to catching weed walleye is to find the best spots within the weeds, and fish using techniques that give you the advantage. 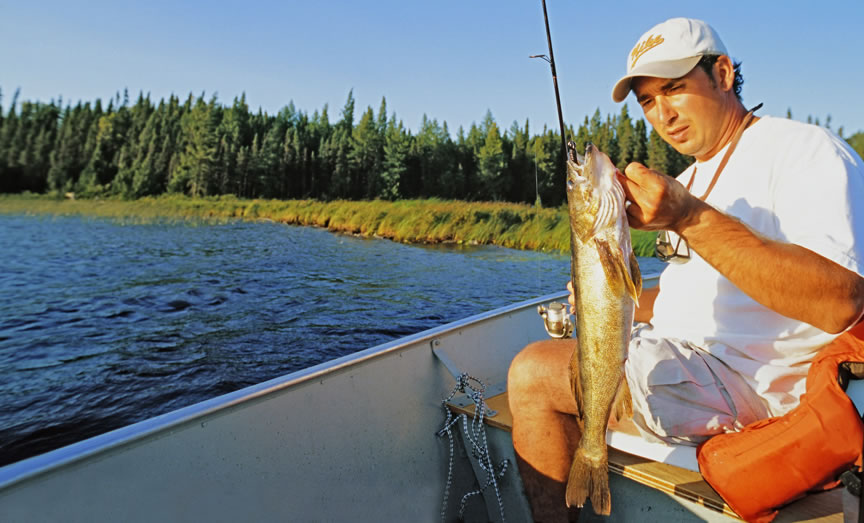 The best thing about weed fishing is that you'll generally have the fish all to yourself. Don't be afraid to fish directly under the boat in even very shallow water. Walleye can't see far in the weeds, and are not easy to spook.

Most anglers have heard the phrase weedline, which essentially means the line formed where the weed bed ends. That's your best starting point.

But don't just start randomly casting along the edge of the weeds. Instead, look for little details that point out changes. That could be things like places where the type of weed changes (such as when patches of cabbage weed mix in with random clumps of coontail or milfoil), or more distinct physical changes in the shape of the weedline, like points, subtle turns or corners. All of those things point to differences in the bottom content, which tend to attract fish.

Other spots to try are any openings in the weeds, like holes or little canals, which often show places where the bottom composition has changed. For example, it may show where rock emerges from a sandy bottom. Those types of changes will almost always hold fish. 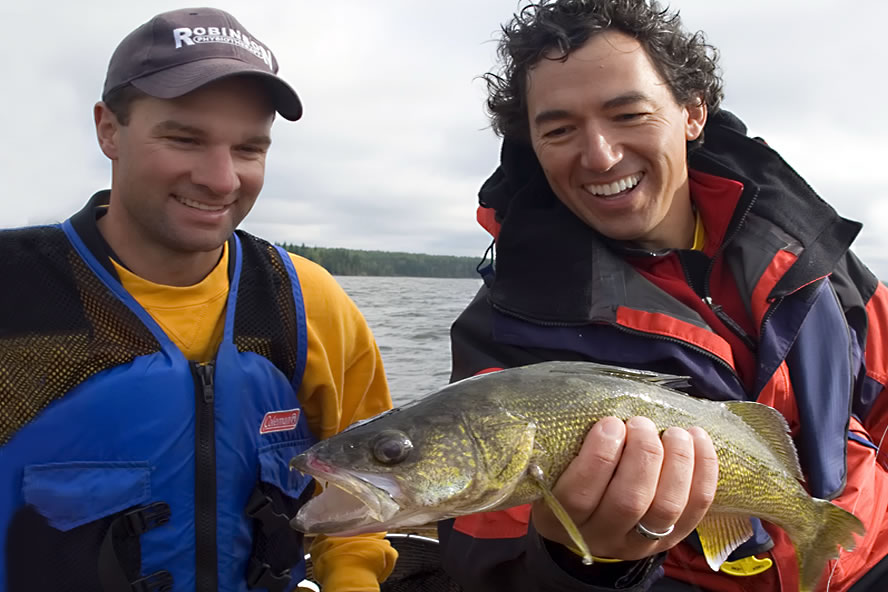 The key to fishing shallow weeds is to be quiet. Walleye may not be able to see far, but they will feel a heavy footfall or a dropped pair of pliers from a long, long way.

Once you've found some spots to try, it's time to focus on how you're going to fish.

The key with weed fishing is to keep a short line, and generally fishing as vertically as possible so you're less likely to get caught up in the vegetation. Walleye will most often sit at the bottom of the weeds, rather than halfway up or on top. So you have to get your bait down to them, and jigs tipped with either grub bodies like the Berkley Power Grub, or shad bodies like the Berkley Swim Shad or Mister Twister Sassy Shad are the way to go. It's vertical fishing all the way.

I can remember one beautiful May morning many years ago with pro angler and my good friend Bob Izumi, while we were taping an episode of his nationally-syndicated Real Fishing TV show. We were fishing a shallow, weedy bay for walleyes using small jigs with soft plastic shad bodies. We were fishing a weed edge in anywhere from three to five feet of water, where we'd drop that soft plastic shad down to the base of the weeds, then fish in a slow lift-and-drop motion, only moving it by an inch or two at a time. In spite of the shallow water - you could reach down any time and touch the bottom with your rod tip - we caught all our fish directly under the boat, and never cast farther than a rod-length away. 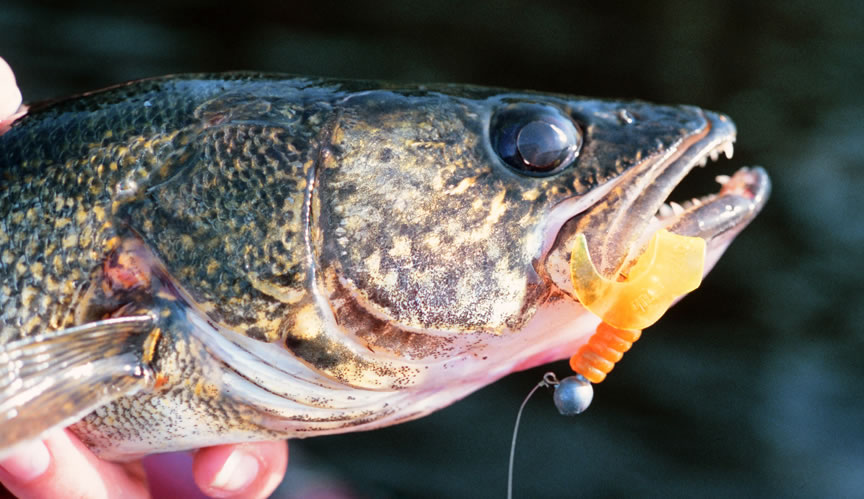 Don't be afraid to fish directly under the boat in even very shallow water. Walleye can't see far in the weeds, and are not easy to spook.
One thing to consider when you try this weed jigging is to leave your spinning reel bail open, or leave your baitcasting reel in free-spool, as your lure sinks. This isn't just important, it's absolutely critical. Because it you engage the reel at the end of the cast, as most people will, the lure hits the water on a tight line and immediately pendulums right back toward the angler and away from the fish. So always leave the reel disengaged until the jig hits bottom. With the line feeding freely off the reel, it won't pendulum forward, but will sink straight down. It's a small thing, but it makes a huge difference in how many walleye will actually see your jig.

Spring is an awesome time of year to catch walleye, and it's even more fun if you get away from the crowd and find active fish you can have all to yourself. Instead of competing with the hordes hammering those rocky points, go give weedy walleyes a try. You'll be glad you did.