By Craig Ritchie - April 12, 2021
For a lot of anglers in the Midwest, April is one of those months where there's just too much going on at once. The spring crappie bite is at its peak, steelhead runs in rivers tributary to the Great Lakes are in full swing, inshore trolling for salmon and lake trout is about as good as it gets and the early season bass bite is now coming on strong. Planning for the weekend is always a painful exercise because even if you're ready to go do one thing, it's hard to not think about the other opportunities you'll miss out on.

This is one annual rite of spring I never miss. The reality is that I can still catch crappie, steelhead, salmon, lake trout and bass at other times of year. But early spring trout fishing is a unique opportunity that only comes once a year. 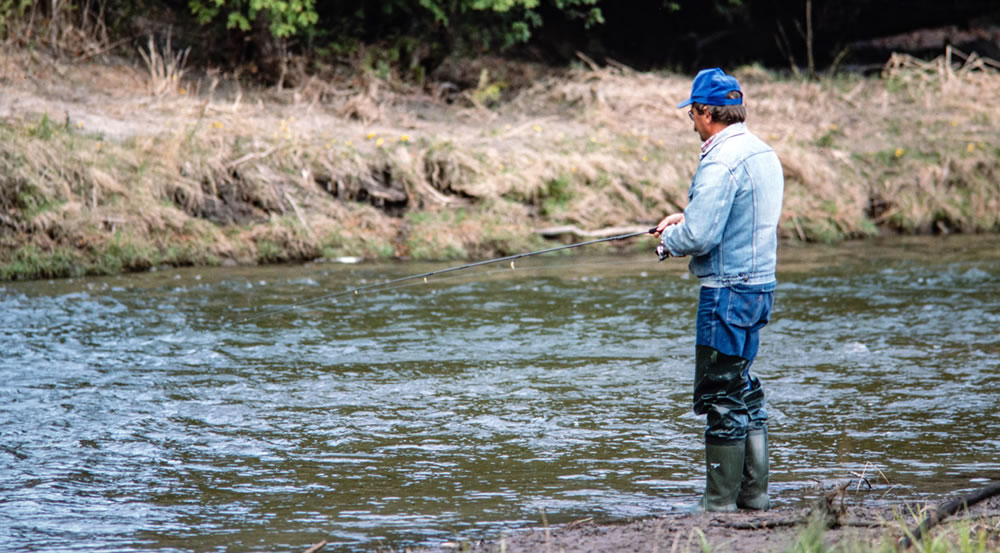 A big part of the attraction of spring trout is that, well, it's early spring and these fish are looking to put on weight . These fish have toughed it out under winter's ice for months, and for a few weeks in April and May they're crazy aggressive and super-easy to catch. It's the one time of year when the bigger fish lose all caution, and when they eagerly chase down spinners and other small lures.

With so many species of minnows spawning in the spring, April and May are one time when trout move well out of their summer hidey holes and occupy open areas of the streams where they can chase down these smaller fish, making them far more accessible to anglers. By mid-summer, when water levels drop and the fish tuck deep under hollowed-out banks and into the core of logjams, it's nearly impossible to get a lure anywhere near them. Not so right now, when they're out in the open chasing down prey.

The other big attraction is that it's early spring, and the streams themselves are about as open as it gets. Water levels are higher, and there's lots of current to use to your advantage. Beyond that, it's just simply easier to move along the stream banks now, before all the plants come up and turn the place into a tropical jungle. If you're fly fishing, there's room to cast without constantly hanging up in overhanging brush. And because it's still cold at night, there are no bugs to speak of, making fishing a whole lot more enjoyable than it is after Mother's Day when the mosquitoes and black flies completely take over. 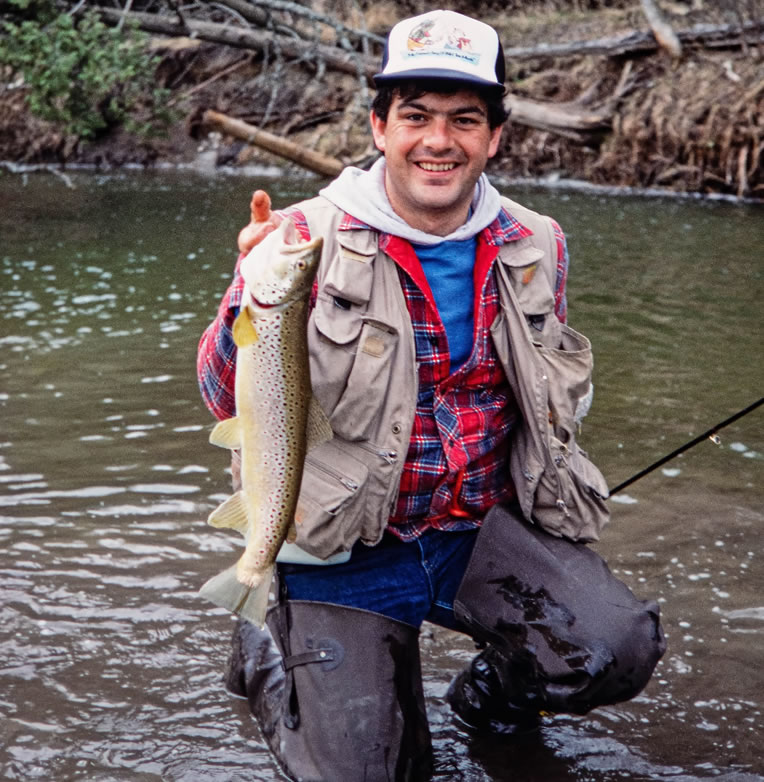 Because early spring trout are feeding heavily, they tend to congregate in predictable locations and respond to easy fishing techniques. It's as close to shooting fish in a barrel as it comes.

The most aggressive fish will take up positions in deeper riffles with gravel bottoms and steady currents, including deep runs and the heads of deep holding pools. These places represent good spawning water for baitfish like chubs and shiners, so the feeding trout will inevitably be close by, looking to pick off smaller fish moving to and from their spawning sites.

Since the fish are keyed on eating smaller fish, you'll do best my matching the hatch and mimicking their prey. Small inline spinners like the Mepps Aglia, Blue Fox Vibrex and Panther Martin are my go-to lures for most stream trout fishing, since they look right in the water and can be easily fished at a wide range of speeds and depths, depending what the fish like best on a given day.

The actual fishing is dead easy - just cast across and slightly upstream from your position then, on a tight line, allow the spinner to swing back toward you with the current, its spinning blade occasionally tapping bottom. Take a step farther along the bank and repeat. Don't worry about casting and retrieving, simply swinging the lure on a tight line is all the action it needs. 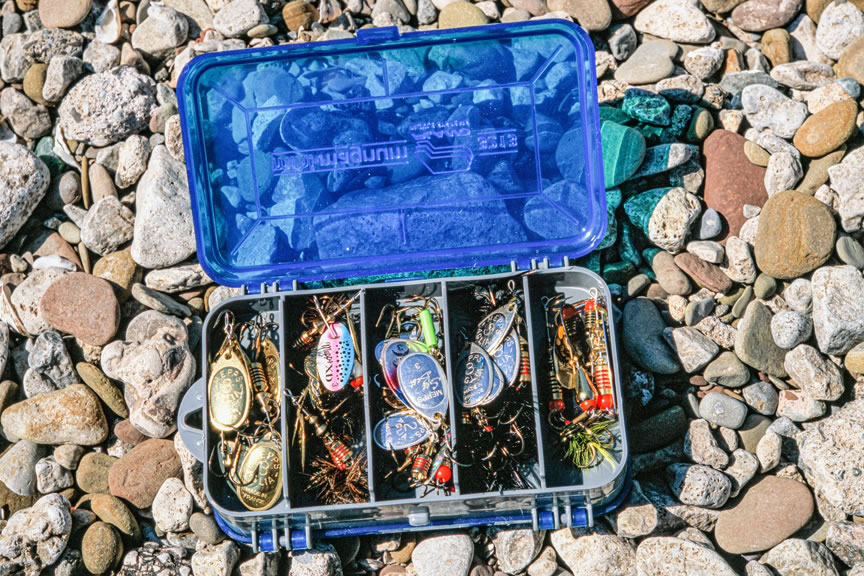 Small spoons like the Williams Wabler, Luhr Jensen Krocodile and Acme Kastmaster also work well for stream trout, especially in deeper runs where spinners may have trouble getting deep quickly enough. Fish them the same way as spinners, raising or lowering your rod tip to control their depth.

For simplicity, I normally use a light spinning outfit with six pound monofilament. Braid stands out like a rope in the clear water of small streams so I never use it. At the same time, because the fish are so active there's no need to use fluorocarbon. This is one situation where plain old mono still works best.

If you're doing everything correctly it's a sure thing you will lose a couple of lures to bottom snags every now and then, but the rewards make it more than worthwhile.

Trout fishing is always rewarding. Trout live in beautiful surroundings, and you'll be serenaded by songbirds while you fish. The fresh air feels good in the lungs, and while you should definitely release the bulk of your catch, keeping one or two for the frying pan or the broiler is very much a part of the spring trout fishing experience. That's especially true if you gather some emerging fiddleheads as you walk along the stream.

Get out and enjoy the easy fishing for early spring trout while you can. There's something truly magical about a day spent chasing resident trout, and it's not something you can enjoy quite the same way at any other time of year.