By Shane Beilue - March 26, 2021
With the warmth of spring and increasingly longer daylight hours comes the annual movement of bass from their winter depths into shallow spawning flats. As the water temps first begin climbing, bass will congregate within sight of their eventual spawning beds, feeding aggressively along shallows points and flats. A fast-moving lure like a shallow crankbait can be the ticket to triggering jolting strikes during the pre-spawn.

A well-placed crankbait allows an angler to efficiently comb through sunken fence rows, rip-rap banks, dock pilings, stumps and brush - all high percentage targets to hold early season bass. A crankbait careened off this cover can be the spark that ignites the fire of battle with one of these heavyweight bass. 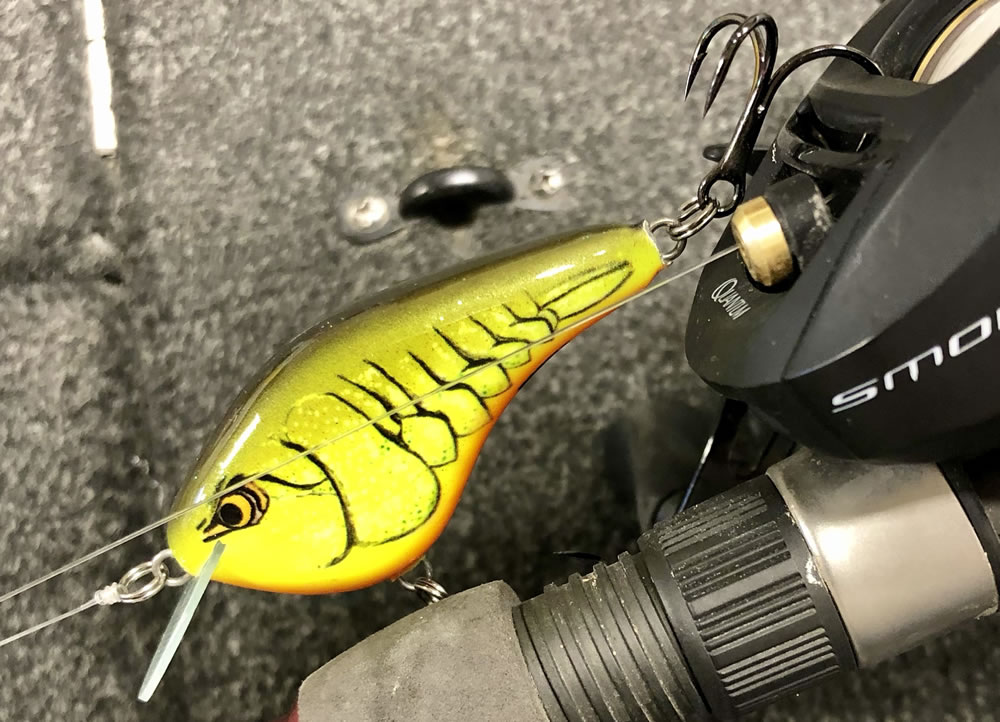 Plenty of opinions abound as to the best crankbait to employ: hard wobbling or subtle, rattling or silent, round bodied or flat, plastic or wood? All the aforementioned will produce; however, consistent among hard core anglers - be they pro or amateur - is the value of a flat-sided, balsa crankbait in early pre-spawn. It's theorized that the unique water displacement characteristics and subtler wobble of a flat-sided bait creates a more natural sense for a bass along their lateral line, that stitching of nerves running along their sides. Additionally, a balsa lure creates more buoyancy, allowing the lure to deflect quickly from bottom or cover contact, thereby reducing snags.

Dan Quinn, Rapala/VMC Field Promotions Manager, discusses the genesis behind just such a lure recently added to Rapala's famed crankbait lineup, the OG Slim. He states, "Working with our pro staff lends a lot of intel and ideas from all over the country. One of our main guys, Ott DeFoe, is from east Tennessee, where there's a cottage industry of garage-built flat-sided crankbaits made from wood. Ott has built his own flat-sided lures for years and ran a concept by us that paid homage to those east Tennessee lure makers".

In addition to the flat side, the OG Slim has a thin circuit board lip, allowing the bait to reach its depth more quickly, as well as a line tie in the nose of the bait, designed to enhance the tighter action DeFoe was seeking. Finally, Quinn adds, "Ott even had some specific and unique color schemes in mind that he'd been painting in his garage, which we gladly incorporated into the lineup".

Quinn discusses the value of a flat-sided bait, adding, "The tight action of a flat-side has just always performed well in cold water, but it's certainly not limited to just cold water. We've found that the lure performs really well anytime bass are shallow".

One would assume that a flat balsa lure would cast like a potato chip in the wind; however, that assumption would be wrong when tossing the OG Slim. The wood is framed around a wire harness with a lead core that gives the lure great balance and castability. As Quinn flatly states, "It actually casts like a bullet".

With a maximum depth of 6', the OG Slim is designed to be fished recklessly across shallow flats and deflected off nearby cover for maximum effectiveness. 15-17# test fluorocarbon is recommended for fishing near heavier cover, noting that heavier line will cause any lure to run somewhat higher in the water column. Finally, a 6:1 or 7:1 reel ratio is ideal for any shallow cranking scenario. 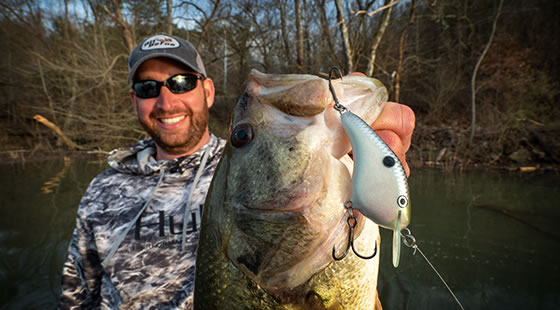