Hunting for Big Perch Through the Ice

By Eric Brandriet - January 28, 2021
The "Hunt" for BIG perch is on the minds of most ice wranglers here in the South Dakota prairie pothole/glacial lake region as first ice is formed. How are the biggest perch found and caught every winter? Drilling holes on the right water, understanding their behavior and having a variety of baits in your arsenal will put bigger perch on the ice.

Waters with high populations and catch rates typically will not produce the biggest perch as competition for available forage is high. Rather moderate to lower populations or lakes that once had high concentrations of perch are prime. Fertile prairie bodies teaming with fresh-water shrimp and/or fathead minnows accelerate growth. Increased growth rates turn perch behavior from trying to survive to becoming a predator. 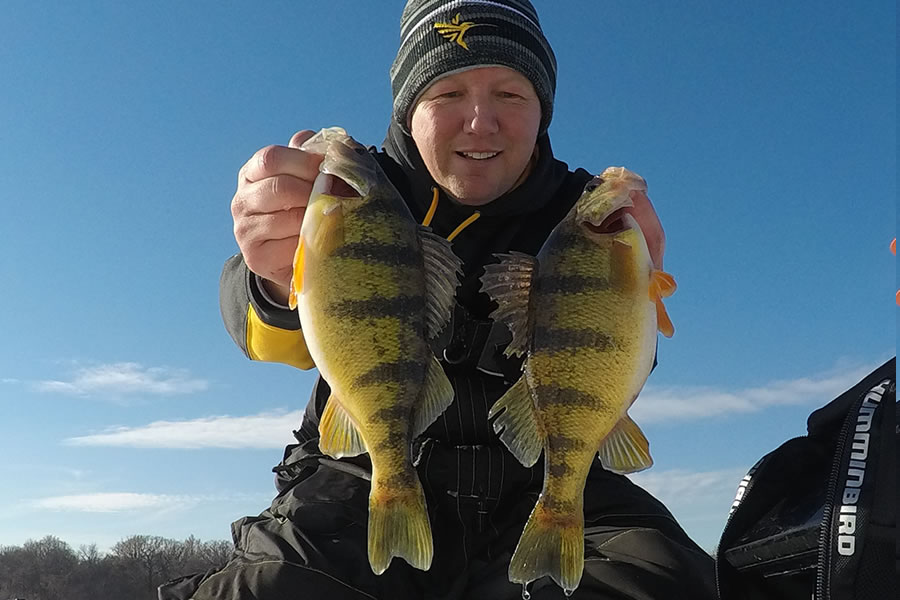 By the time ice is formed, most perch have moved to deeper water. Basin areas adjacent to breaks are favorites as they often travel on the deepest side of structure. Subtle basin changes can uncover bottom composition changes that can be attractants to forage. Detailed Lakemaster Chips in Humminbird Helix GPS Units easily reveal contour changes and structure pinpointing areas to drill holes. Searching time is decreased because of fewer holes drilled resulting in more time actively fishing. 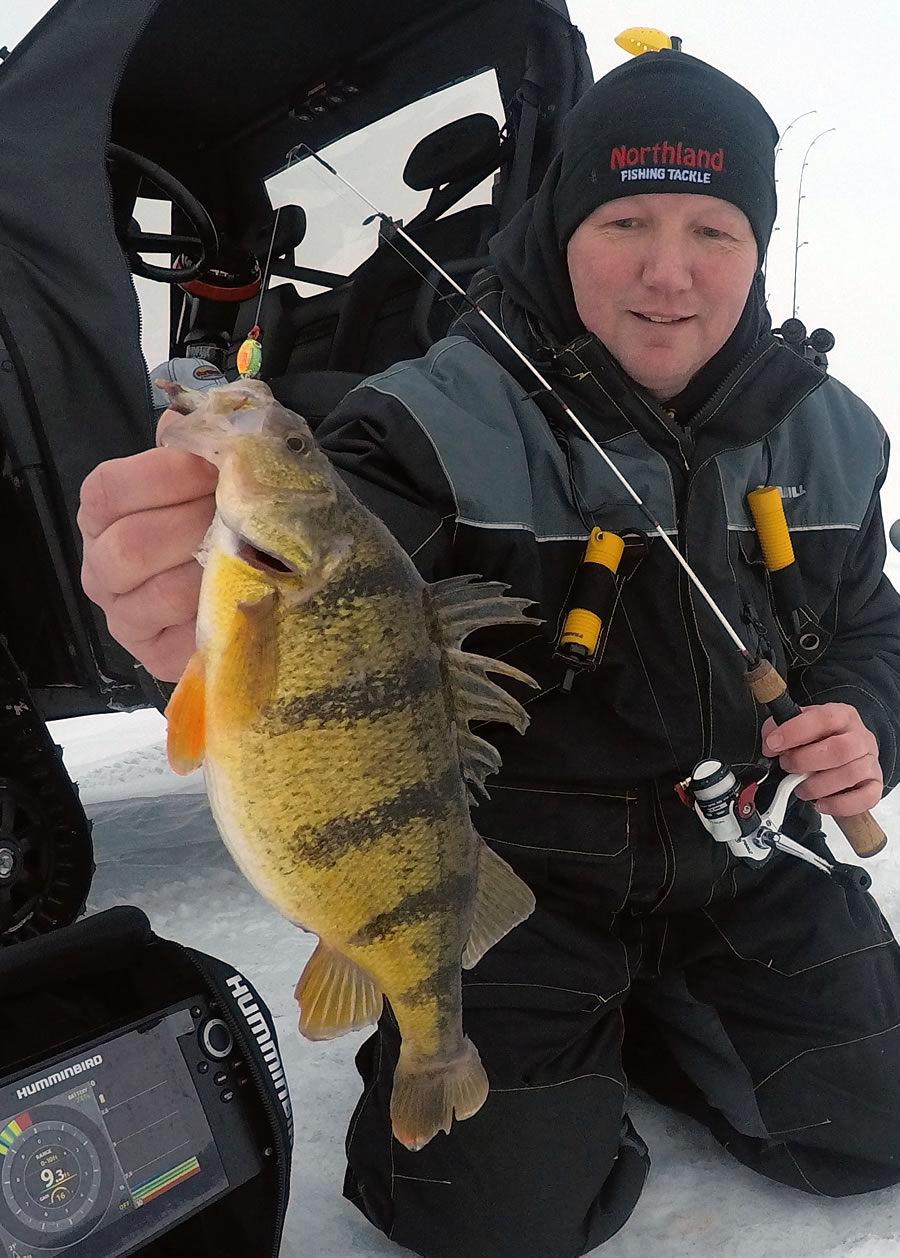 Curious by nature, perch often come rushing then meticulously inspect baits. Spoon action can be changed quickly from aggressive to subtle instantly and their colors and vibration even add more to their versatility. Bright colored Northland Tackle Buckshot Spoons tipped with a minnow head have probably iced more trophy perch than any other and the similar profiled Glo-Shot Belly spoon with a glo-stick is quickly becoming a favorite. Neutral to negative perch behavior can be coerced with downsized jigs like a Northland Tackle Gill Getter or Mud Bug Jig. A dead stick close by can offer a simple meal as big perch are opportunistic in nature. A plain hook with a full dorsal hooked fathead minnow, set close to the bottom as if it was hiding, can prevent almost any perch from swimming away.

Obviously, late ice is prime as the biggest perch will have egg filled bellies, but this intriguing hunt starts at first safe ice and continues until ice weakens. Chasing perch offers great angling opportunities and can result in even a better fish fry. Big perch can be caught all day long but mornings and later afternoons often are prime feeding times. Use your time on the ice wisely...

Have a safe ice season and GOOD LUCK!

Eric Brandriet
Eric Brandriet, a USCG licensed captain, is part owner/operator of Dakota Prairie Angling LLC, offering year-round guided trips on SD Glacial Lakes and summer trips on Lake Oahe. When not on the water or ice, he enjoys sharing his knowledge through fishing seminars, articles and blogs. Learn more by visiting http://www.dpangling.com/.
TRENDING DISCUSSIONS
Advertise here
Advertise here
Please take a moment to visit our sponsors. Without them we would not be here.