By Eric Brandriet - December 15, 2020
Early ice, a favorite for most ice diehards, may be the most predictable period of the ice season. This period can be reminiscent of spring as walleyes commonly exhibit aggressive behavior and are often schooled up, increasing angling success.

Here in the Dakota's, most water is relatively shallow, void of structure and is usually stained to clear. Traditional early ice go-to areas include flats, primary breaks/old shorelines and underwater points all that are adjacent to basins or deeper water. During low-light conditions, walleyes can be found in these areas and often retreat to deeper water as the sun peaks. Do not overlook mid-day bites in deeper water when weather and water conditions align during early ice. Simple subtle irregularities in basins should never be overlooked. Areas that produced good fall bites are prime areas as early ice coverings will not move walleyes far. 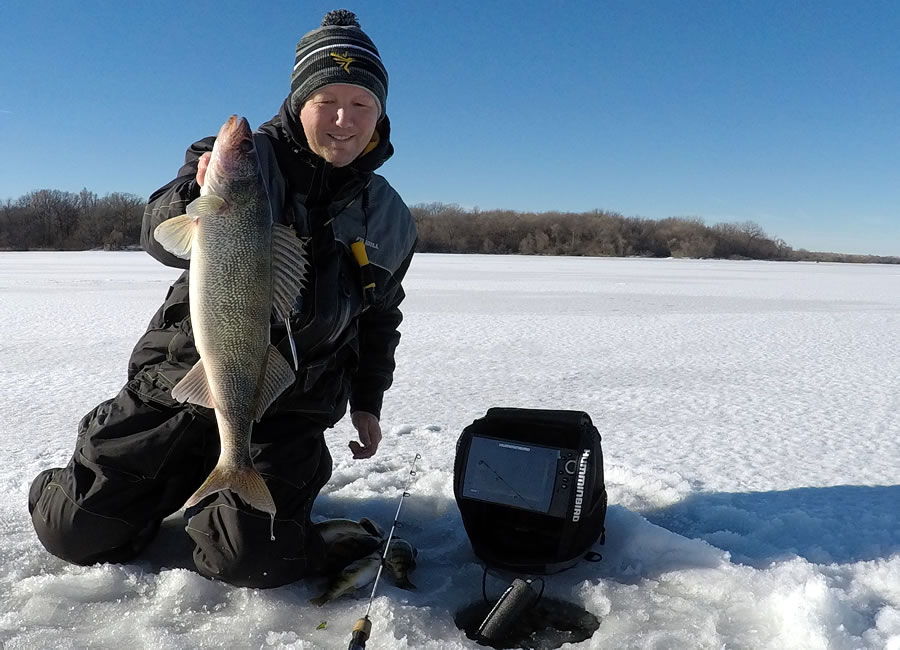 Ice fishing electronics, like their open water counterparts, have evolved from traditional "depth finders" to "fish-finders". Meaning, if you do not see fish, move until you find them. The Humminbird Mega 360 simply redefines locating fish. The ability to scan up to a 125' circle will not only uncover surrounding structure but even more importantly aggressive feeding walleyes. This new ice technology directs us towards fish movement and where the next holes should be drilled. This will greatly reduce time wasted in drilling unneeded holes.

When the first walleye is iced, simply ask yourself "Why" or "How" you caught it. Pay attention to your surroundings, jigging cadence, bait and everything involved in catching that walleye. There is a reason why and being able to replicate it will only lead to icing more. A Lakemaster Map in a Humminbird Helix Ice GPS Unit aids in finding similar areas. A GPS (map) is becoming as useful as any tool in detecting fish areas and assisting in safe ice travel.

Early ice produces great, if not the best angling of the year. Minimal fishing pressure and stable weather (few weather fronts) are even more reasons to get out and enjoy early ice. There is no better time than early ice (when safe) to get kids and families outdoors. Good luck on the ice and be safe this winter! 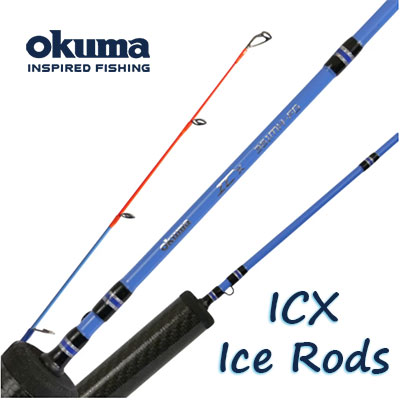