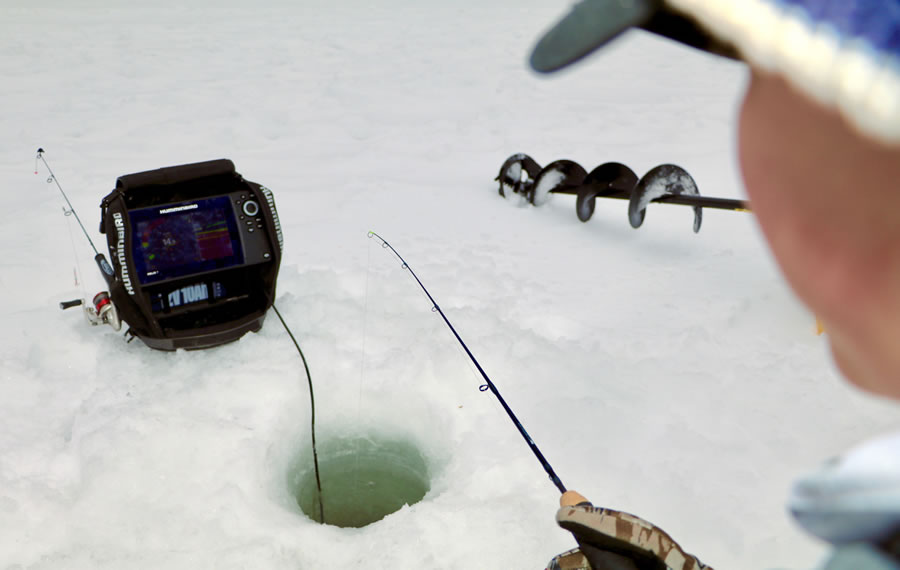 The first few weeks of walkable ice encompass some of the best action of the entire hardwater season. For now, many panfish linger in relatively shallow water, where remnant green weeds provide cover and ample forage. Dissolved oxygen levels beneath the ice remain high, promoting elevated levels of fish activity. Finally, angling pressure on those shallow fish is light, as many outdoor enthusiasts remain focused on late-season hunting opportunities. This is truly one of the best opportunities of the year to pull oversized panfish through the ice.

Crappies are one of the most popular targets for ice anglers. Predictable locations and a general willingness to bite make crappies frequent guests of honor at mid-winter fish fries. Small spoons can be dressed with a crappie minnow or packed with spikes for consistent action. A teardrop spoon with a lively minnow can be suspended beneath a float to trigger bites from more neutral fish. 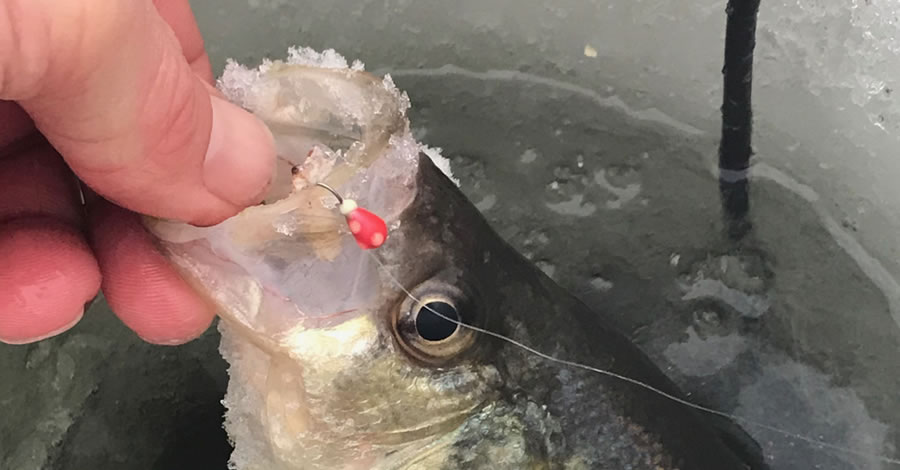 You'll find first ice crappies in two general locations: along the outside edges of green weedbeds, and suspended over the main basin of the lake, frequently in 25-35 feet of water. As winter progresses, those weedline fish will trend toward the basin, although many lakes host a low-light weedline bite all season. At first ice, identify a high-probability weedline spot, like a point or an inside turn, and focus your efforts on crappies that collect there throughout the day. Basin crappies respond best to baits presented above them, so use your sonar unit to determine the crappies' depth, and then present lures 2-4 feet higher than the fish.

Perch have characteristically high levels of activity during winter, and the early ice period finds these orange-finned tigers prowling shallow flats and weeds where they grazed during the fall months. Many of the best walleye presentations, when downsized one or two steps, are very effective for jumbo perch. A 1/16 or 1/8 oz rattle spoon tipped with a minnow head is a good place to start. A quick-dropping, 5 mm tungsten jig packed with waxworms or spikes works well when pounded on the bottom. Don't overlook the simple effectiveness of a fathead minnow, hooked with a fine wire hook behind the dorsal fin, for triggering winter perch.

Shallow flats with scattered, low-growing vegetation can host large schools of first-ice jumbos. Artificial fish cribs in shallow water will concentrate yellow perch if weed cover is absent. Look to the first dropoff into slightly deeper water if the shallows lack the perch numbers you desire. Mobility is the key. On an expansive weedy flat, spend time drilling out a large number of holes, and then quickly scan the array with your fish finder and aggressive jigging tactics. Don't settle into one hole until it produces multiple fish. Be ready to move with the school, as perch will seldom remain in one particular area for long. Hole-hoppers will nearly always outfish anglers remaining in one spot.

Many life-long love affairs with ice fishing begin with bluegills. Abundant on many lakes and generally willing biters, bluegills are truly a worthy hardwater adversary for both experienced and novice anglers. Unlike perch and crappies, bluegills are generally bug-eaters beneath the ice. A 4 mm tungsten jig dressed with a waxworm or a couple of spikes is a good place to start. If you spend the summer casting flies to trout, don't be afraid to drown one of your favorite nymph or scud imitations - icy bluegills will love 'em! 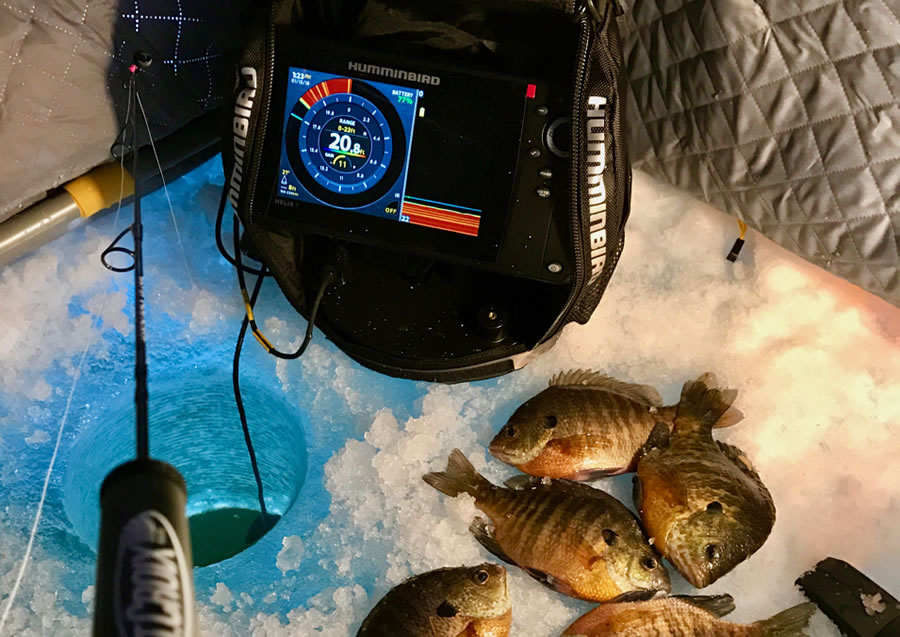 Shallow flats that hold perch during early ice will also harbor gills. As winter progresses, small bluegills will remain in shallow cover, but larger fish will gravitate toward deeper flats. Schools of bluegills will frequently be comprised a single year class, so if you're catching mostly smaller 'gills, make a move to try to locate a school of larger fish. Subtle, quivering motions with the buggy bait held at the same depth or just above bluegills will trigger strikes. Rig your small jigs using a loop knot at the end of 2-3 lb ultra-thin fluorocarbon to reduce twist and minimize line visibility. Use a hyper-sensitive spring bobber to detect bites, as bluegills frequently inhale and then reject a bait with remarkable speed.