By Craig Ritchie - December 8, 2020
December can be a tricky month for fishing in the Midwest. Depending on what the weather decides to do, you could be picking your way out on early ice with an auger in hand, or just as easily heading out in the boat for one last trip on the open water. I find it make it tough to plan more than a few days out and, more than once, I've seen my thoughts of ice fishing or trolling go out the window.

The exception to all of this is river fishing or steelhead. From Duluth to Montreal, December is virtually always a dependable month for steelhead. 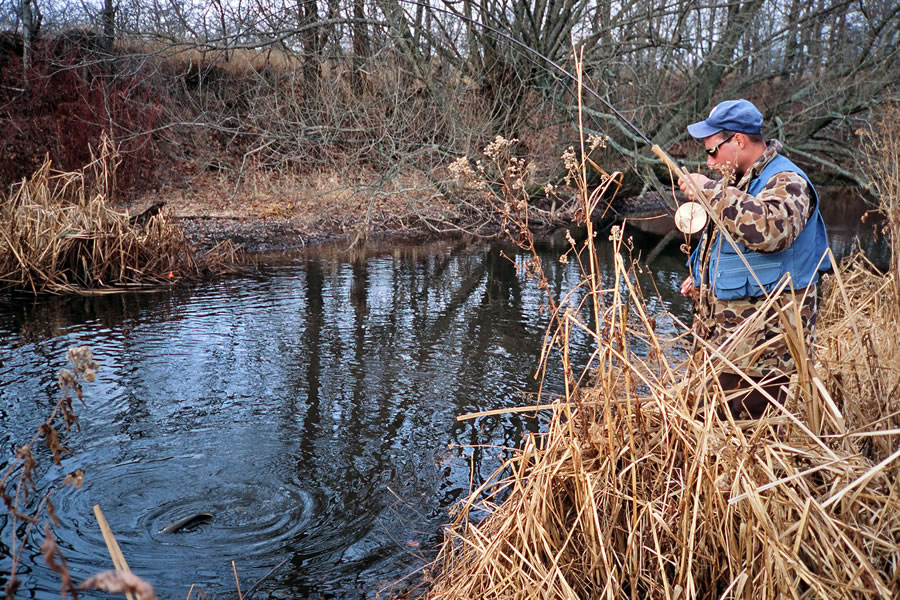 I particularly like December steelheading for a couple of reasons. First, you're likely to have most of the spots almost entirely to yourself. The thick crowds that were so typical earlier in the fall are now long gone, as people get wrapped up in other pursuits and are busy preparing for the holidays. Second, it's just easy fishing. Forget hitching up the boat or worrying about getting stuck at the ramp … or wondering exactly how this that ice really is. You just pull on your waders and go. It's quick, it's easy, and it's hassle-free.

But by far the main reason for heading out now is that it's some of the most enjoyable fishing of the season. The fish are in, there are lots of them, and in the colder water, they're going to pack into obvious, predictable spots. It's easy pickings, and a nice reward before winter really kicks into high gear.

All fish are cold-blooded creatures and as a result, the thermometer has a direct relationship with their activity level. In frosty conditions, steelhead are going to lay low and hang out in slower water where it takes less effort to hold in position.

My favorite place to fish at this time of year is in the slow, deep water just immediately upstream from the lake. Some people call this the frog water - there are no pools or riffles, just an endless expanse of slow, deep water that's as often as not rimmed in cattails and bullrush. It looks and feels more like you're heading out duck hunting than fishing for trout.

As the water cools a lot of fish will drop back toward the lake from their positions farther upstream. But they won't leave the river altogether. They tend to collect in this slow frog water stretch, sometimes in astonishing numbers, and often joined by new fish that keep wandering in from the open lake all winter long. 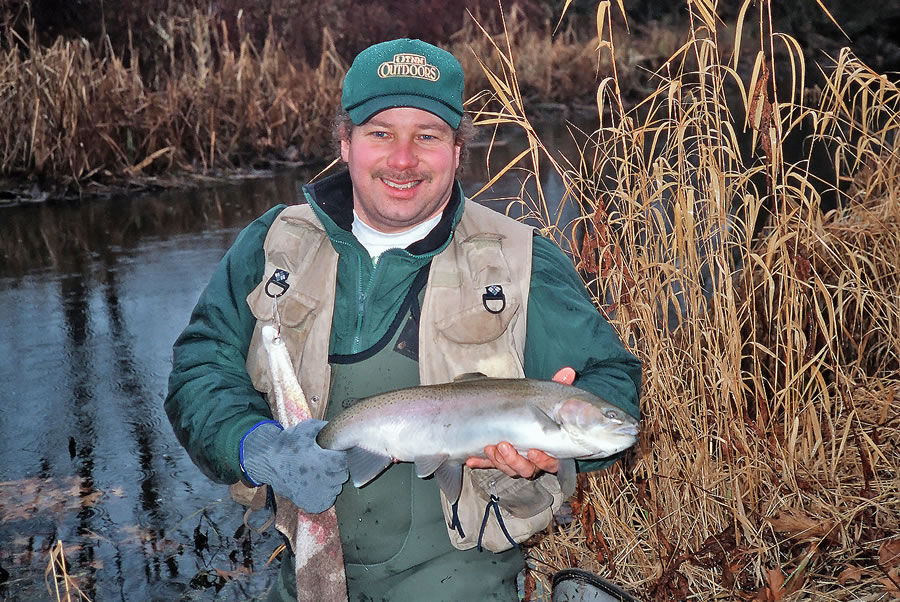 The actual fishing is about as easy as it gets. Move carefully along the stream bank, using the cattails to partially conceal your presence. Fish with small egg sacks, using small, fine wire hooks and comparatively light fluorocarbon line in the 6 to 10 pound range. You want the stuff to be as invisible as it gets.

To keep from hanging up on the bottom, use a tiny pencil float to suspend your egg sack - the smaller, the better. Hollow floats made from clear plastic, such as the Drennan Loafer style, are excellent, as are little quill floats one would use for panfish. You only want to use just enough split shot under the float to cock it up vertically in the water and provide a bit of casting weight. 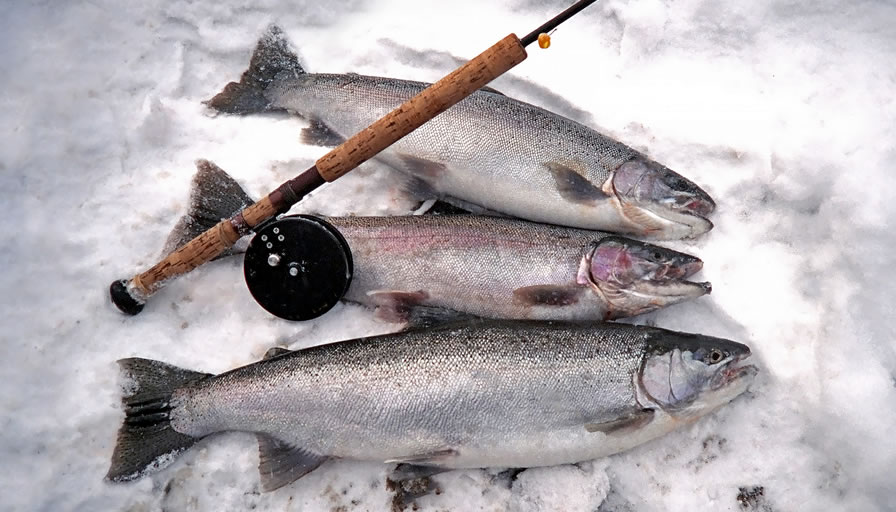 I like to fish shallow, setting the float so the egg sack is just barely deep enough in the water I can't clearly see it. I've caught plenty of steelhead at this time of year with the bait only 18 inches or so below the surface. You want the float to drift along naturally with the gentle current, and shorter leads to the bait facilitate this.

Spinning gear will work, but for the best results the pros all use centrepin outfits, built around large, free-spooling single-action reels that look like oversized fly reels, but which spin with the slightest effort - allowing the gentle current to pull line as it needs to. These are normally matched to long, light rids which keep the line off the water surface, reducing drag that can interfere with getting a good drift.

Fish slowly and quietly, put in your time and you quickly get the hang of it.

December steelhead are a real treat, and more than just something to try between ice-up and safe ice to walk on. They have a real magic all of their own, so be forewarned - this simple, easy fishing is awfully addictive.