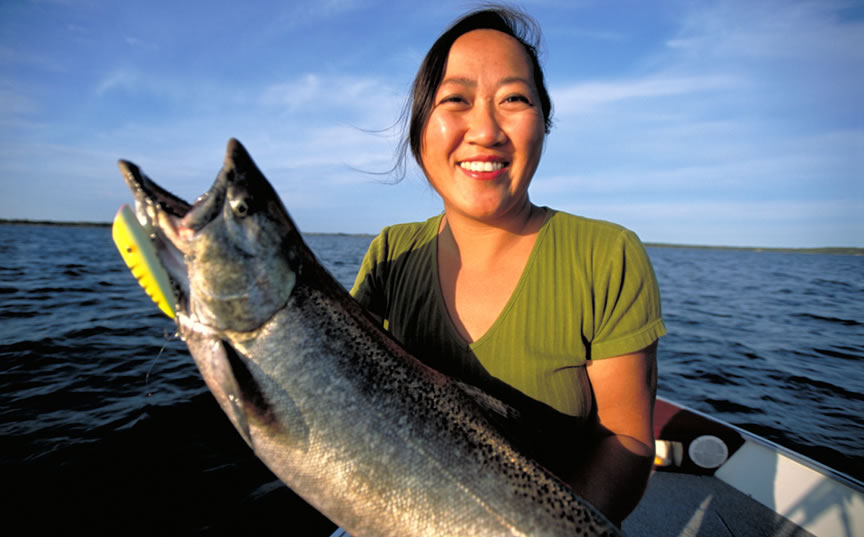 September has always been a month of transitions.

The leaves begin to turn yellow, orange and red in September, as summer transitions into autumn. Cooler September nights and shorter days bring deep-water predators like pike and muskie back into shallower waters for a fall feeding extravaganza. And September is big a transition month on the Great Lakes, as salmon leave their deep water haunts far offshore and begin to gather just off the mouths of their spawning streams.

These fish are as prime as it gets - fully grown, at their peak weight and fighting ability, and eating heavily in anticipation of their impending upstream journey. But anglers who continue targeting them with the slender flutterspooons that worked so well offshore just a few weeks earlier often find slim rewards for their time. That's because come September, salmon want their meals super-sized, and that means it's time to go plugging.

Plugs - large, conical trolling baits with scooped out angled faces such as the Tomic, the Lyman and the iconic Luhr Jensen J-Plug - give salmon exactly what they want at this final stage of their lives in the big water. These fish are looking to pack on fat, and the combination of these lures' bulky profile and slow, lazy motion suggests a plump, wounded baitfish, easy pickings that will deliver far more energy than the salmon will expend by chasing it down. It's easy fishing, but as always, the key is in the details. 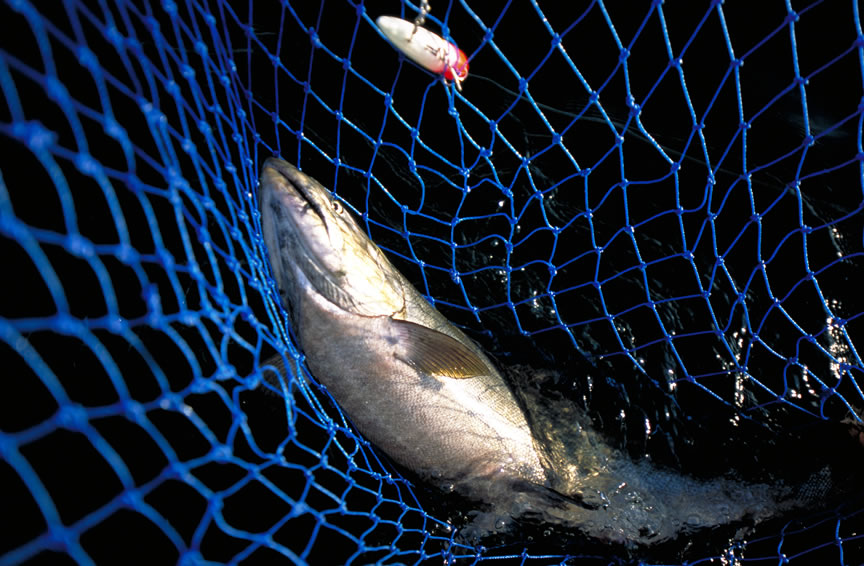 Once staging chinook and coho salmon show up off the mouth of their spawning stream they stay close by, exploring the river mouth under the cover of darkness and retreating to deeper water in the 30 to 60 foot range through the daylight hours. Because you're fishing in shallow water for salmon that aren't accustomed to a lot of noise, it's important to maintain a stealthy approach when you fish.

First up, that leans turning off the stereo. Airborne sounds don't bother salmon very much, but vibration - like a thumping speaker - carries for a long, long way underwater, much farther than most people imagine. It doesn't matter if you listen to rap or Mozart, excessive vibration is something you want to avoid at all costs when fishing in shallow water. Save the tunes for the drive home and you'll automatically increase your odds while out on the water.

Being stealthy also means getting away from the crowds as much as you can. While it may be possible to control your own noise level, there's not much you can do about other anglers nearby. Your best weapon here is distance, and moving even a little ways off to the side of the pack usually puts more fish in the boat.

The real benefit to getting away from the crowd is that it allows you to run longer leads and get your lures well away from your boat. In shallower water I generally start by running the bait at least 50 feet behind the boat, and will not hesitate to stretch that lead out to 100 feet or more when trolling in water less than 30 feet deep.

You can flatline J-Plugs right off the back of the boat, but since most of the fish tend to hug bottom I still use the downriggers to keep my offering within six to eight feet of bottom. That's close enough to still tempt suspicious fish, while high enough up to avoid constantly fouling with weeds or other bottom debris.

Plugs like the J-Plug, Lyman and Tomic come in a wide range of finishes, from convincingly natural to wild and crazy. Colored water is the time to bring out the bright baits, and let those clown-like finishes work their magic by standing out in the stained conditions. Save the natural-finished lures for clear water conditions, when they tend to work best. 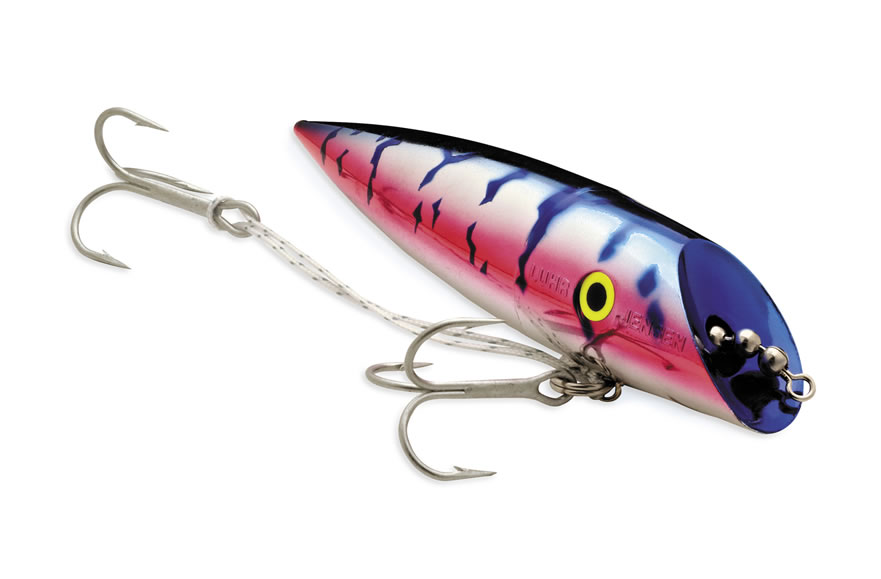 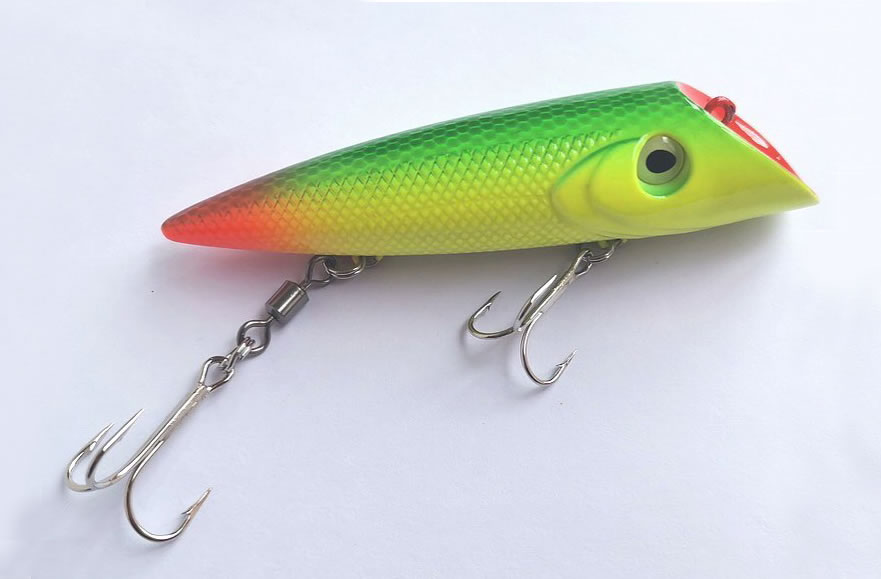 The early bird gets the worm, and it's often the early angler who gets the fish. Under normal, clear water conditions, the hottest action tends to take place at dawn and dusk, when salmon sitting near bottom have a big advantage over any baitfish passing above them. Most days, the fastest action starts just before dawn and wraps up by 10:00 am, followed by another flurry in the hour or two before dark. Try to be on the water then and make the most of your time.

The exception to that comes when the water becomes discolored by either onshore winds that stir up sediment, or heavy rains that raise the spawning rivers and leave them swollen with runoff. In colored water I'll stay out there all day, since the cloudy water encourages salmon to feed right through the afternoon.

Looking to catch the biggest salmon of the year? Try trolling off the mouths of the spawning streams with big meaty plugs. There's really nothing else quite like it, and the rewards can be truly great.