By Jerry Carlson - March 23, 2020
I will never forget my first experience with early season panfish on a lake that had super clear water. It changed the way I approached early season angling forever. The small, isolated bay we had selected to fish looked like an ideal spot for early season panfish. It was protected by cattails on three sides and had the dark, muck bottom that would harbor plenty of the invertebrates ice-out panfish would be seeking.

At first, there was no response from our attempts to locate hungry fish. By chance, I made a super long cast to an emergent cluster of weeds and caught a crappie immediately. After a couple of more fish, we moved a little closer to make the casting process easier. Just like that, the fish were gone.

Long casts can be necessary when fishing clear water for spring panfish.
However, we soon discovered that there were panfish in several locations around our boat if we made a long enough cast. The fish were very much afraid of the boat and kept a respectable distance from us.

Since that day, I have had plenty of experiences with panfish and super clear water. They all provided a challenge with similar techniques needed for success.

It is important to note that many lakes will have very clear water right after ice-out. Winter has reduced the algae growth and most lakes are as clear as they are ever going to be.

To combat this clear water dilemma, long casts are essential. In order to assist with these long casts, there are two things I recommend.

First, use the right rod. Panfish rods are not all created equal and some simply cast farther than others. Length is an important consideration. I find a minimum of seven feet is necessary but often use longer rods when they are needed. There is a direct correlation between the length of the rod and the length of the cast.

There is another advantage to long rods. When setting the hook on a fish, long rods pick up the slack much quicker than short ones do. If there is any wind that puts a bow in your line, this is an important factor. 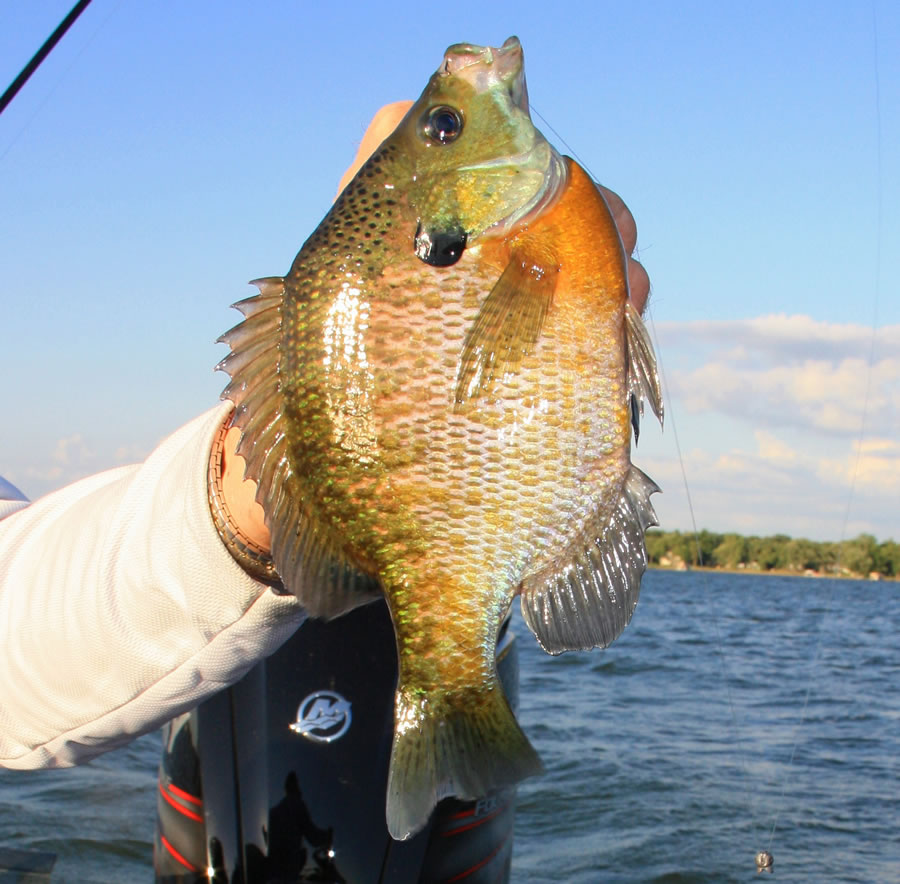 Crappies and sunfish are easily spooked in shallow, clear water.
Another consideration for making long casts is the bobber or float that is used. Tiny floats are very sensitive for indicating light bites but they do not cast well. I prefer to use a longer and heavier float that will lay flat on the water after it lands. When a fish bites, the bobber does not go under but simply tips up.

I often find that these longer floats need to be balanced to create the lay-down effect I am looking for. To do this, I will wrap electrical tape around the top end to counter balance the weight of the jig. 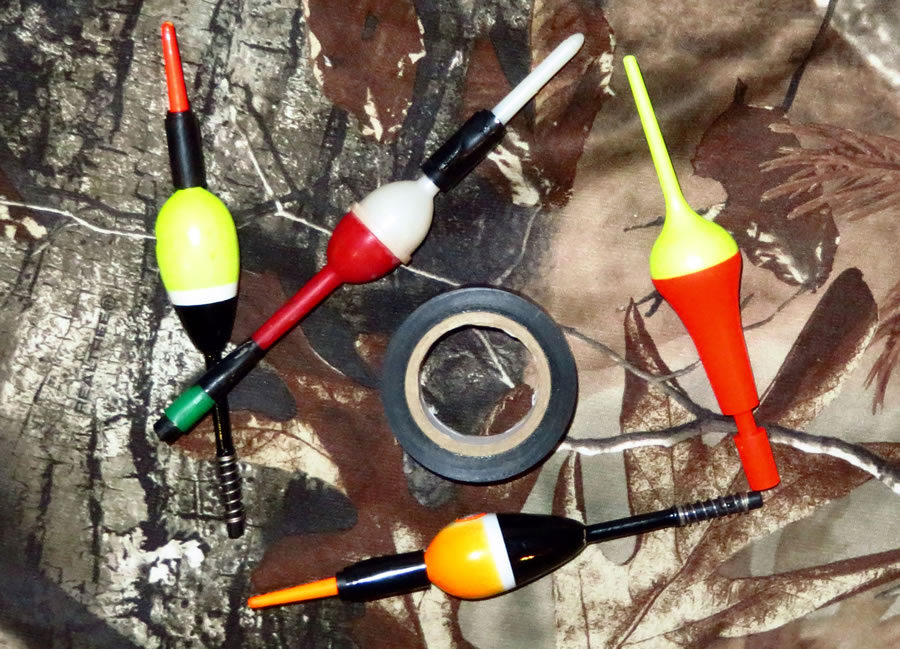 Floats that cast a long ways can be balanced to lay flat by adding electrical tape.
Many times, I have found that panfish in very clear water will look for some type of cover to hide around. Docks, boat lifts and old bulrushes can be important for adding security for these spooky fish.

Last year, the clear water haunts we fished on one particular lake required long casts as well as patience. Since we could see the fish in the shallow water, they could see us and they spooked when we pulled up. However, after a short wait, they started to gradually move back in.

Gin clear water does create fishing issues whenever it is encountered. This is especially true in the spring of the year when fish are shallow. By making the right adaptations to your fishing approach, anglers can have success under tough conditions.