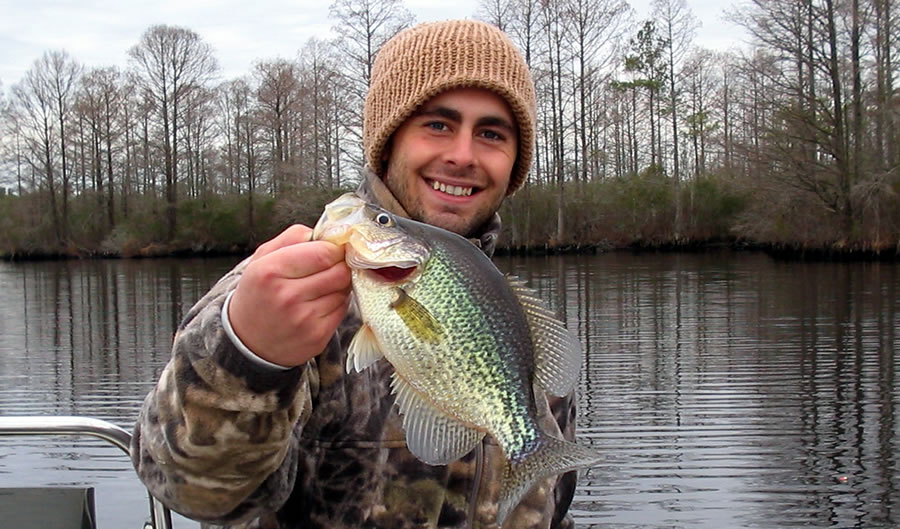 Black crappies are one of my favorite fish to catch, and for a number of reasons. They're usually willing biters, and that's important in the early spring when you haven't been out on open water in a couple of months and really want to just unwind and enjoy some fast action. They're also incredibly tasty, and few treats can really compare with a plate for fresh crappies pan-fried in flour. They're a terrific species for younger anglers or new anglers who value action over trophy catches, but most importantly, they're just plain fun. It's easy fishing, and always rewarding.

By far my favorite time to catch crappie is right now, as the ice melts and open water returns to the lakes. Beyond just being a great way to ward off cabin fever, ice-out is the best time to catch crappie because that's when they gather in huge numbers off spawning sites. When you find one, you've found them all, and that makes for some really fast action.

Crappies are known for not moving much when they're actually spawning, but it's a whole different story before they hit the beds. IN the weeks between ice-out and spring spawning, they gather and stage in areas close by their spawning sites, usually just offshore and in water that's somewhere between 10 and 15 feet deep. There isn't much in the way of emergent vegetation then, so those fish aren't tied to any specific areas - they tend to roam, so you need to put in the time to find them. Once you locate a bunch of fish though, get ready because you'll likely have action on every cast.

You can narrow the search by focusing on spots where the water will warm quickest. First choice are the flats right off of shallow spawning bays. These spots will be choked with weeds later in the summer, but in March and April they're far more open, with only the first tufts of emergent vegetation starting to bloom on bottom. I pay particular attention to any deeper channels running through these areas, and particularly any deeper channels that directly link the shallow spawning bays with deeper water offshore. These channels are often used as highways by crappie as they wander in search of prey while packing on extra weight right before spawning.

Marina channels, and dredged channels leading to boat docks and launch ramps can be great bets, especially in areas without a lot of variance in the bottom depth.

Crappie will also spawn in shallow areas farther offshore, such as in and around islands. But being more exposed to the main lake, these areas usually take longer to warm up and attract numbers of fish. I start fishing the shallower inshore areas, then as the action winds down there as the fish shift into their shallow spawning sites, I move offshore to the cooler water fish, which are often just getting started. 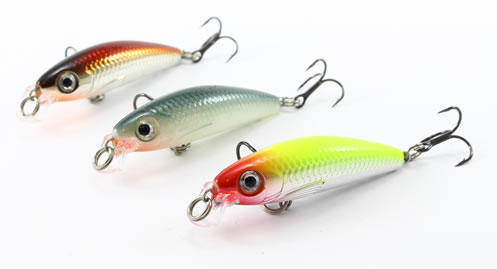 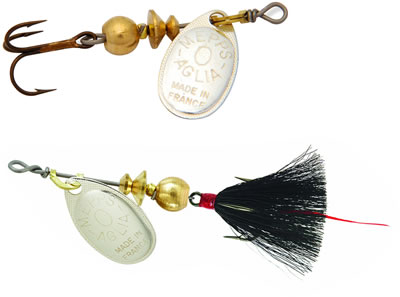 Mepps spnners as small as #0 or #1 help you cover a lot of water.
What often happens is that you'll catch a bunch of fish fairly quickly, then the action dies off. More often than not the fish haven't moved off, they've just caught on and began ignoring your bait. Switch up your tactics and try swimming a little jig under a float, or fishing with a live minnow under a float to coax a bunch more fish out of the same spot. It's a bit of a one-two punch for catching bonus fish.

Spring crappie are really fun to catch, and some of the best eating there is. Focus on the 10 to 15 foot depths adjacent to the shallow spawning areas, cover water, and have fun!