The Joy Of Winter Bluegills 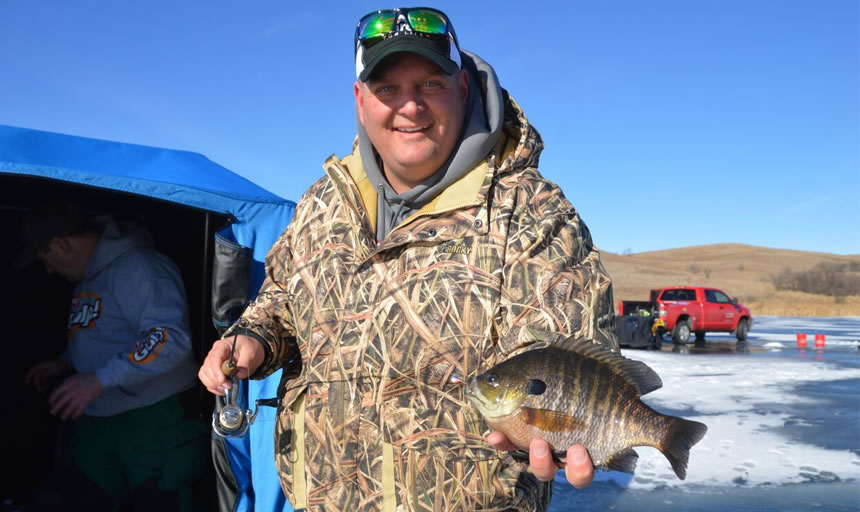 One of the great things about ice fishing is that it gives us all a chance to slow down and take stock of the things that really matter. While catching big fish is always a thrill, the true joy in getting out is just in enjoying a nice day in the outdoors and having fun by catching a few fish. That's a big reason for the enduring popularity of species like bluegills, which aren't generally very big, but sure are fun to catch.

Another part of the joy lies in the fact the fishing is about as simple as it gets. Early in the season bluegill will key in on any green vegetation that remains, and that's usually found over softer bottoms. I like to start off weedy bays with six to eight feet of water. That's not usually where I wind up fishing, but it's always my starting point. I'll begin fishing by walking offshore of these spots, till I'm over about 25 feet of water, drill a hole and see what the sonar tells me. If I don't spot any fish, I'll start working my way back into shallower water, drilling a hole every so often to check the depth and check for fish. It usually doesn't take long to figure out where they are on a given day, and once you locate bluegill, make note of the water depth, because that should be your starting point if you move to other locations later in the day. 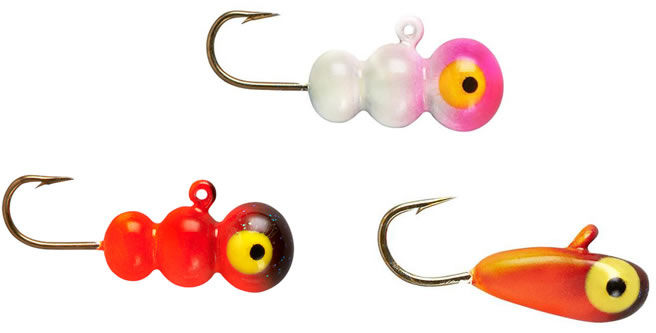 I know a lot of anglers who use small pinhead minnows for bluegill, but I seldom bother dragging a minnow bucket with me on these trips. Panfish are fairly aggressive most of the time, and especially so in the early season, so I'll normally just carry a box of small jig heads and a little tub of waxworms or maggots to use as a sweetener. Tiny jigging spoons will also work well, but the simple jighead often outproduces anything else. Natural colours like black, brown or grey work best in clear water conditions, while brighter hues are best in more stained waters. 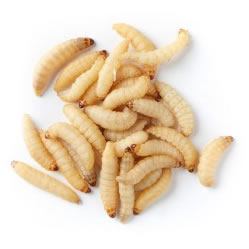 Use light line - I like clear fluorocarbon - and use a small fine wire snap or a loop knot to secure the jig to the line, allowing it a little more action. Drop it to the bottom and use a slow, gentle lift-and-drop motion to attract fish. You may have to experiment a bit, as every day is different and the fish may like more or less motion. On particularly cold days, sometimes it's best to just lay the jig on the bottom and let it be.

Once you locate bluegills it seldom takes very long to catch a bunch of them. Keep a few larger fish for the frying pan, and release the smaller ones for next year.

It's hard to not enjoy a day of catching bluegill through the ice. They're just so much fun to catch it's hard to imagine a winter without them!