By Jerry Carlson - January 6, 2020
You can't quit looking. It's as simple as that. Hard water fish that aren't located where you expected them to be can create some location issues. Sometimes, you just need to find an alternate location where the fish are biting.

This is the message I kept telling myself as an unusual winter began to develop around me. I was beginning to feel a bit of frustration. My milk run of early season hot-spots had not been so hot. Frozen, actually! I had been on four different lakes and had barely scratched out enough fish for a meal.

Over the years, I have learned that winter panfish tend to set up in the same locations season after season. These predictable spots have allowed me to be extremely successful most years. For some reason, this winter was different. 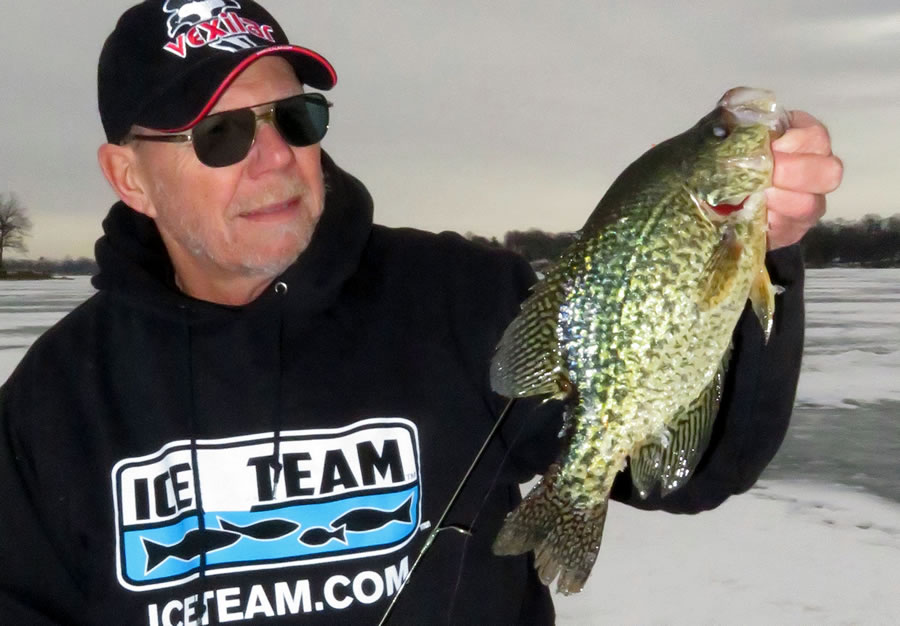 When the normal locations are not producing, it is time to branch out do some searching.
Knowing that the "memories" routine wasn't working, I began to make plans to solve my dilemma. It would take a little extra effort, but I knew it could be done because I have dealt with this issue before.

The first change I made was to switch species. Typically, I target crappies for most of the ice fishing season. Since they were being obstinate, I felt bluegills would be a satisfactory alternate.

My gill destination was on a lake I had never fished before. Although I knew where the lake was located, I was not familiar with the walk-on access that was used by anglers.

With the help of my fishing partner, Steve Taylor, my Navionics app and MapQuest, we started driving the backroads around the lake. Eventually, we stumbled across a small access point that would get us onto the ice.

It didn't take long for us to locate suspended bluegills. Although it took some sorting, we did manage to find some very respectable fish.

My crappie destinations were going to require some extra travel. Even though the majority of my fishing is done within 30 miles of my home, it was clear I needed to branch out. The way I see it, I would rather spend a little extra road time to get to a proven destination than to spend the hours searching for fish I couldn't find.

I also got on the phone to make some contacts with other fishing cronies. Because we don't all fish the same lakes, it was helpful to get firsthand information on the successes and failures experienced by others. 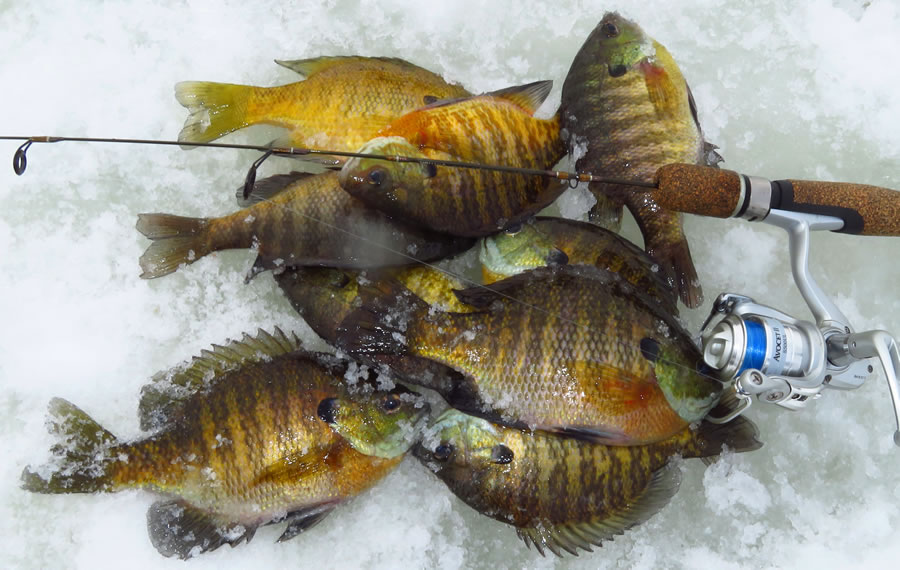 Although I typically target crappies in the winter, I have nothing against quality bluegills.
There are other ways to get the lowdown on potential bites. Fishing reports are often available on-line as well as published in outdoor oriented papers. These reports may be a bit out of date, but I have found them to be useful on a number of occasions.

One last thought is to fish with a good partner. Two people working together can really speed up the process of finding those active biters.

Winter fishing, just like summer, is rarely filled with total guarantees. For this reason, I find it necessary to monitor the situation and plan accordingly. This often means adjusting your destinations according to the best information available. It also means figuring out a backup plan in case the original doesn't pan out.

Fish do not disappear from our lakes during the winter months. Searching out their new haunts can be tedious work. For this reason, picking a different lake or alternate species may be the best options available.