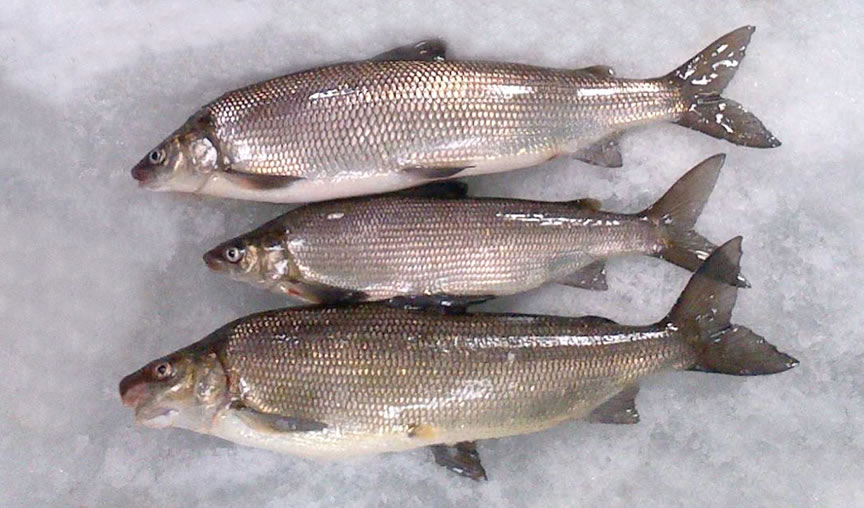 Few serious anglers would argue that the best ice fishing comes as soon as the ice is safe enough to walk on. At first ice fish are still found in relatively shallow water, where they're fairly easy to locate. They're also still active - especially in the case of whitefish, which are gathering in shallow water getting ready to spawn.

Lake whitefish are one of the most under-utilized game fish in North America. Many northern lakes have large, healthy populations of them which are virtually untapped. That's especially true in smaller lakes, which coincidentally are among the first to freeze solid enough that fishing is possible. Here in central Ontario, whitefish through the early ice are kind of a Christmas tradition and one that thousands of anglers look forward to every season.

Locating whitefish is easy, as they're focused on spawning and therefore concentrated in predictable locales. Look for gravel or rubble rock bottoms on fast-breaking shorelines, with most of the whitefish somewhere between 10 and 20 feet of water. Dropping shorelines adjacent to the main lake basin and deeper water are the most consistent locations, since they're easily accessed by whitefish moving shallow from their summer haunts in deep water.

Most of the actual spawning activity takes place at night, so early and late in the day tend to be the most consistent for catching fish. And because you're fishing in relatively shallow water, overcast days tend to be more productive than those with glorious sunshine.

The actual fishing is easy enough. Some anglers head out with live pinhead minnows in the two-inch range fished on tip-ups, but I prefer a more active approach, checking a number of spots and jigging with small silvery spoons. Given the lack of angling pressure they face, whitefish respond well to a variety of baits. But I find it tough to beat the old standby - a simple one-inch or 1.5 inch Swedish Pimple. Made for more than 50 years by the Bay de Noc Lure Company, the Swedish Pimple is a heavy jig that has a unique action in the water when jigged lightly, yet seems almost immune to getting wrapped on the line - a common problem with many smaller jigging spoons. Developed in Sweden, they're loosely based around a standard brass jig widely used by commercial fishermen targeting cod and hake. 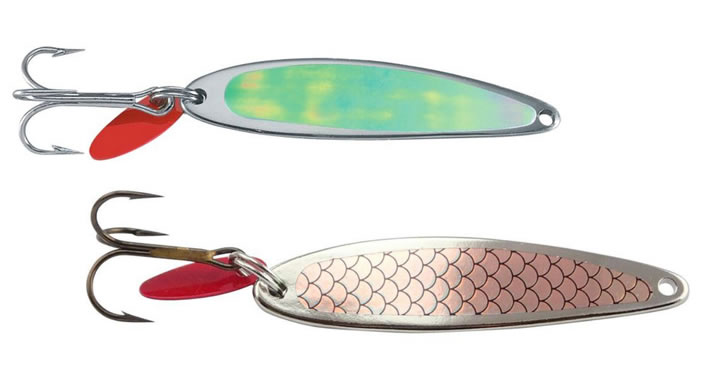 Made for more than 50 years by the Bay de Noc Lure Company, the Swedish Pimple is a heavy jig that has a unique action in the water when jigged lightly.
Small grub bodies on lightweight jig heads will also work, as do a variety of drop shot presentations. I like to keep it simple though, and find a single jigging rod and a small box of lures I can stuff in a jacket pocket is usually all I need to catch enough fish for a tasty meal.

With typical weather patterns, the whitefish spawn wraps up by early January and the fish soon scatter throughout the lake, making them far more difficult to consistently locate. That's part of what makes Christmas whitefish such a joy - it's easy fishing, and a fitting way to wrap up a year. 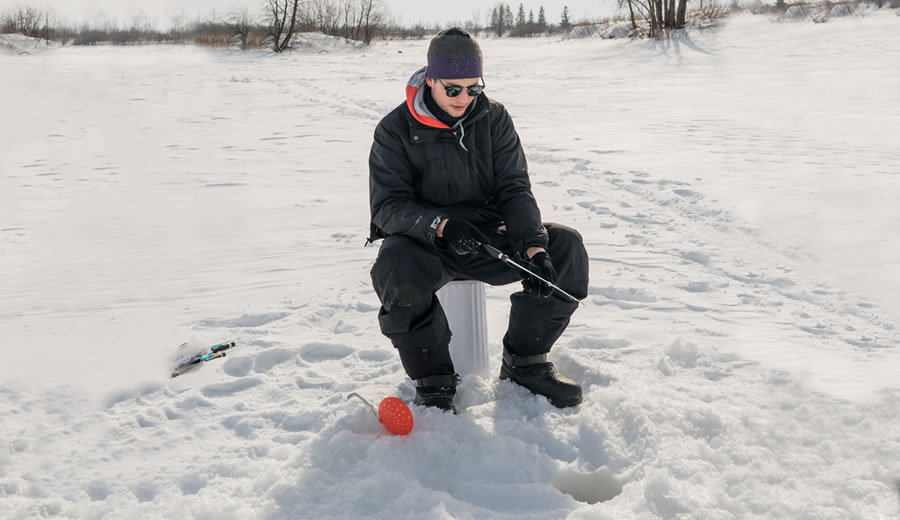