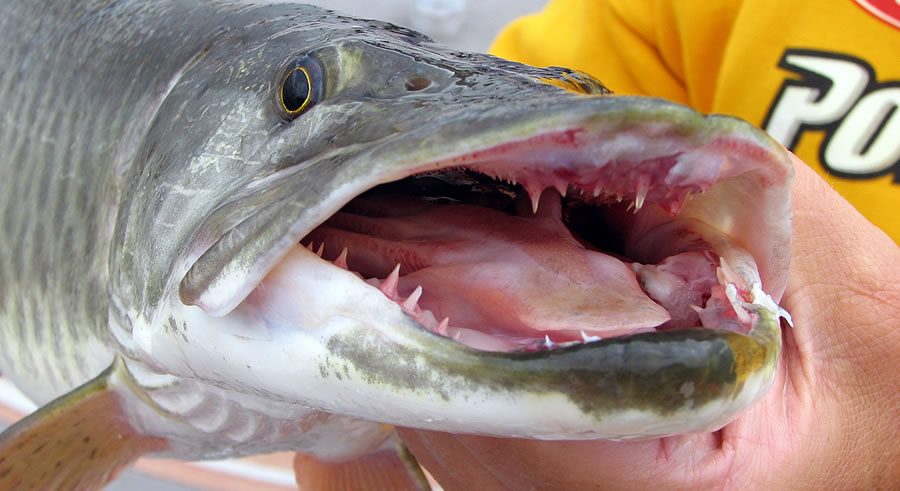 I've always had mixed feelings about December. As much as I know first ice brings the best hardwater action of the year, and that these final weeks of Great lakes steelhead fishing are not to be missed, I'm not yet ready to give up on open water casting. So as often as not, I'll do one more road trip before the year wraps up, a short jaunt south to Kentucky for a date with the muskies of Green River Lake.

I first heard about southern muskie fishing about 20 years ago, when state stocking programs launched local waters like Green River Lake into the national spotlight. An 8,200 acre impoundment on the historic Green River created by the US Army Corps of Engineers, Green River Lake is the jewel in Kentucky's muskie crown. Finding muskie there in December is a matter is pretty easy - just cast big body baits along fast-breaking shorelines and sooner or later, you'll connect.

Green River Lake almost never freezes over, and its water level fluctuates considerably over the course of the year - from a minimum winter pool elevation of 664 feet above mean sea level (MSL) to a maximum flood level of 713 feet above MSL. That's a difference of 49 feet! Little wonder reason local marinas prefer floating docks, and you don't see a whole lot of shoreline development.

Each year the State of Kentucky stocks Green River Lake with several thousand juvenile muskie in the 12-inch range. With an enormous population of gizzard and threadfin shad to feed on, the fish grow quickly and attain solid weights. The average muskie here is 36 to 40 inches long, with 45- to 50-inch fish caught on a regular basis.

Because shad are the primary forage, smaller baits - by muskie standards anyway - like the small Swim Whizz or a six-inch Mini Depth Raider tend to produce the most consistent results. Leave the huge jerkbaits at home, and stick to walleye-sized minnowbaits that match the predominant forage.

Muskie fishing in Kentucky is always relaible, but the opportunity to drive a short distance south and get in one last weekend of solid open-water action makes it a special place for me at year-end. Add in great food and legendary southern hospitality, and it's one road trip that's awfully hard to beat.