Where To Start For First Ice Action

By Craig Ritchie - December 9, 2019
We've all heard that the best ice fishing of the year often comes at first ice, just as soon as the hard stuff is thick enough to safely walk on. But that can take a bit of time to happen and, for most of us, there's a gap of two or three weeks since we last visited the same waters in the boat. Being disconnected from things for that long raises questions, and for many ice anglers, the most important one is where to find those fish.

Because you're limited to only using vertical presentations, successful ice fishing is often more about exactly where you fish than how. Through the coldest months of the year, most types of fish tend to focus on extremely specific locations. That's why even if you're in the right place with the wrong approach, you can still usually eek out a couple of fish to make your time worthwhile. But if you're in the wrong spot, you're going home empty-handed no matter what you do. So once ice covers the lakes, finding fish is more than half the challenge. 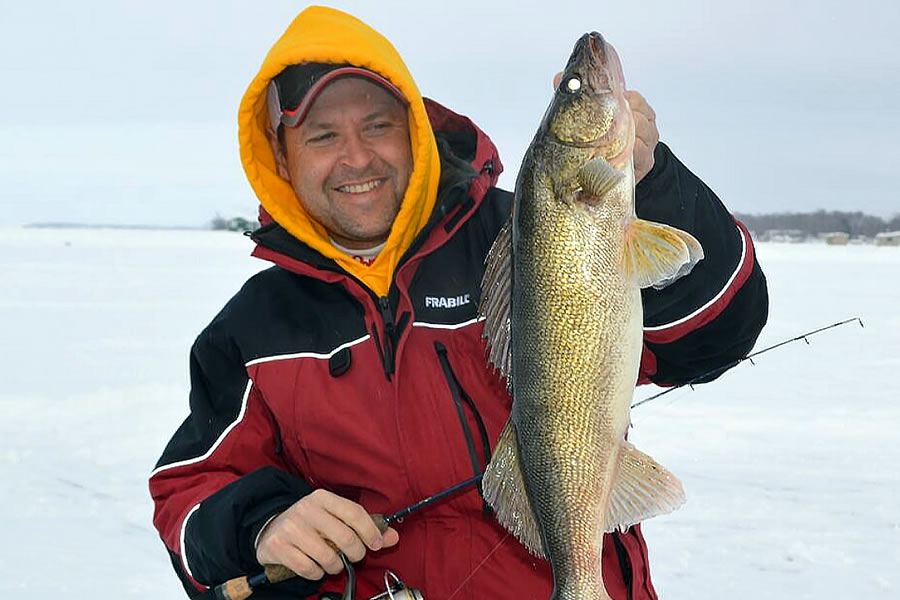 Smaller, shallow lakes with flat bottoms are the easiest when it comes to pinpointing fish, because there are only so many spots to try. I like to focus in on any holes in the bottom that provide even a little more depth, and a physical break from the monotonous flat bottom found everywhere else.

It doesn't have to be much of a depth break to attract fish. On a shallow farm pond that's mostly 15 feet deep or less, a small hole with a spring in it or an old creek bed that runs even two or three feet deeper can be all the difference needed to attract major numbers of fish.

This is one situation where sonar is critical, but understand it's important for checking bottom depths - not for seeing fish. In shallow waters, fish at first ice in shallow lakes almost always hang out flat on the bottom where they tend to blend in with the weeds and bottom debris. But if you find a depth break of any kind, that's exactly where they will be.

Bigger lakes that have greater water depths and more structure overall can be daunting for ice fishermen, but locating fish in these bigger systems is also easy if you do one thing, and that's think like a fish.

Fish are cold-blooded creatures and winter is an awfully cold season, so from first ice till the return of open water they're going to be focused on one thing and that's energy conservation. In other words, they're not going to travel any farther for a meal than absolutely necessary, and that's precisely why long, skinny points that break sharply into deep water are the most consistent spots to catch almost any species of fish under early-season ice. 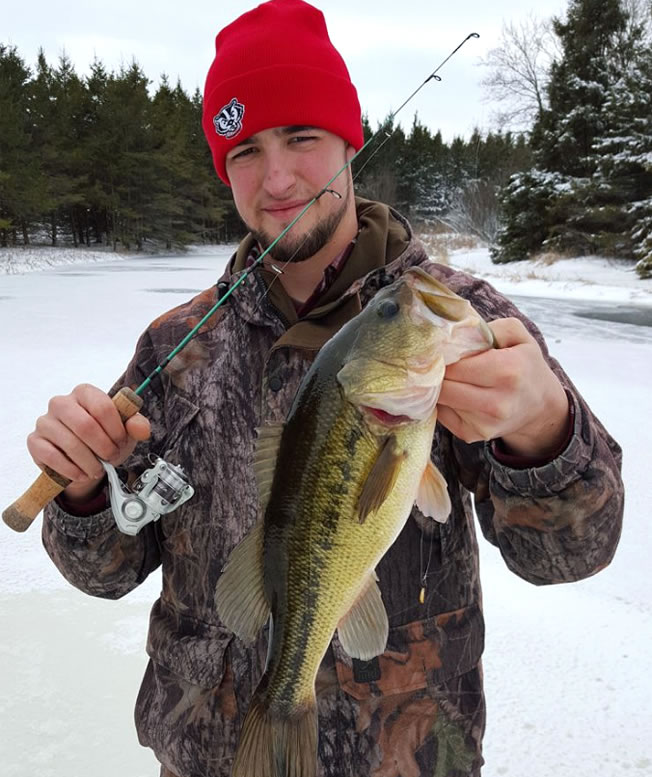 In shallow waters even a small change in depth can attract large numbers of fish. Look for springs, old creek beds or other bottom features that could provide even a small depth change.
Bigger predatory fish like walleye, pike and lake trout prefer to spend their time in deeper water, but the food might be located in much shallower depths. Rather than spreading out and hunting laterally, they follow these sharp-breaking points vertically, moving up into the shallower water where they can gorge on perch, suckers, shiners and other shallow-water bait fish. Then, they return to the depths following the point as if they're following a trail. Which makes sense because to a fish, that's exactly what these underwater ridges are - they're fish highways. Camp out midway along the point and you'll get them coming and going, and without having to walk anywhere or drill any extra holes.