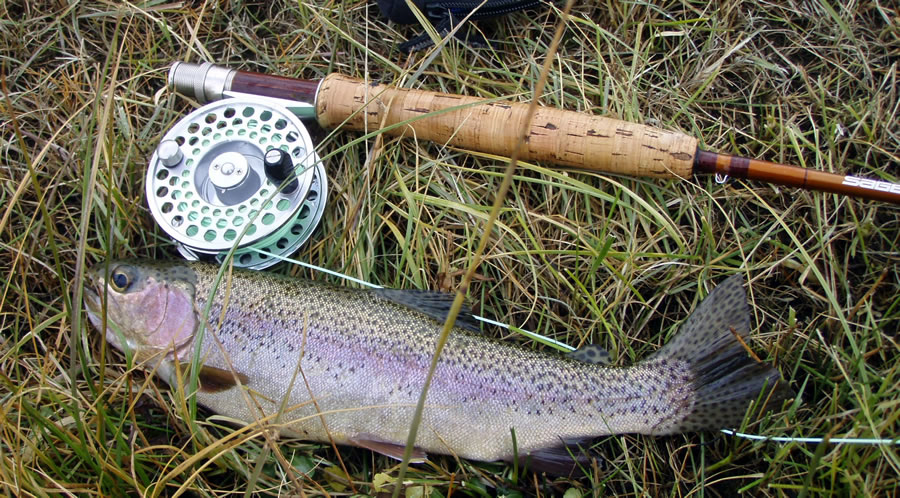 Trout fishing in the Midwest is a seasonal game for most anglers. We line the rivers flowing into the Great Lakes in early spring and late fall, chasing migratory rainbow trout and brown trout long before and after prime fishing seasons for everything else. But it's wrong to think of stream fishing or trout as just a cold weather affair, because there's great action to be had right through the summer too. And best of all, the crowds are non-existent.

The best way to chase summer trout is to do it the classic way - with a fly rod. Stream-resident trout exist on bugs and small fish, for the most part, which is tailor-made for the fly rod. More importantly, it's just plain fun. Landing a big fish on fly gear is an accomplishment to be proud of.

Pretty well every river or stream running into the Great Lakes has a population of year-round resident trout in it. So too do many smaller streams flowing into larger rivers, or smaller inland lakes. A quick call to the local department of natural resources should point you in the right direction if you're not sure where to go.

Look for summer trout to sit in protected spots. As a general rule, any places where you can't see the bottom clearly are good bets. That could include deep pools, undercut banks, or spots where fast riffles provide overhead protection from herons and other predators. The most aggressive trout will always face into the current, and will usually try to be first in line at picking off any tasty tidbits drifting down in the current.

Trout are light-sensitive creatures, and they don't have sunglasses. Forget about fishing for them during the hottest, brightest part of the day and instead head out early or late in the day, when temperatures are cooler and the light is more subdued. That's when trout come out of the heavy cover and begin to feed heavily.

The ideal time to be on the water is a day or two after a summer storm dumps a lot of rain, swelling creeks and giving them a bit of color. The rain tends to knock a ton of insects and other feed into the streams, and trout take full advantage. Being on the rivers as they begin to drop and clear provides you with the best chance of bagging a trophy catch.

The pure joy in fly fishing for summer trout is the simplicity of it all. A basic six-weight outfit with a floating line, a few leaders and a pocket full of fake bugs is all you need.

Why the floating line when most of these fish will be hugging bottom? Floating lines are more versatile (you can use the same set-up to catch smallmouth bass with surface poppers, for example) and they're easier to cast - a key consideration when fishing alongside brushy stream banks.

Flies themselves come in thousands of different patterns, and this is where advice from a local fly shop can be invaluable. Avoid the temptation to buy a whole bunch of different flies and instead, select a handful of types that are consistent local producers, and get to know how and when each one works best. This shortens the learning curve significantly. 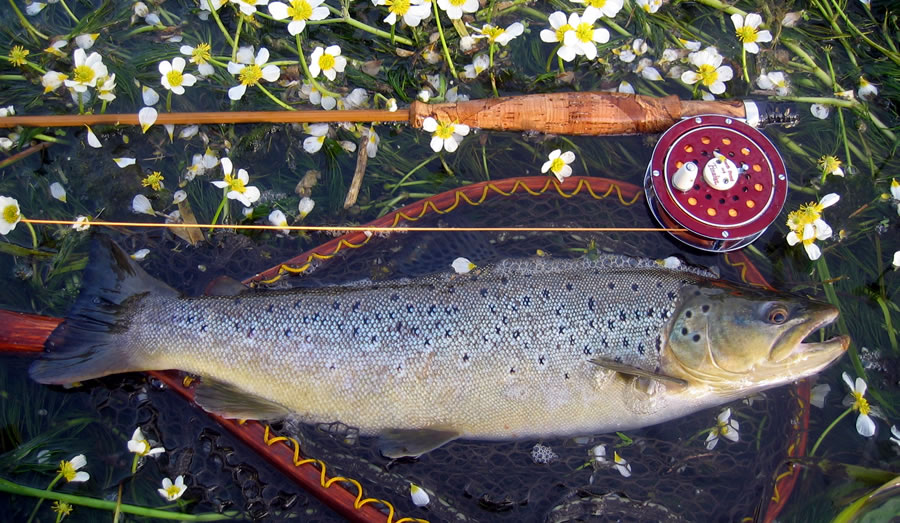 Casting is the basic skill in fly fishing, and a big part of the joy in it comes from getting it right. To make a standard overhead cast, you strip about 20 or 30 feet of line off the reel with your free hand, and throw it back through the air with a sharp rearward flick of the rod. As the line passes you, it's weight will begin to pull on the rod tip. Once the line straightens out behind you, you power the rod forward in a smooth arc. The rod responds by driving the line forward. If you did everything right, the line should lay out in front of you in a fairly straight line. Easy peasy.

Try learning how to do this side-arm as well. The mechanics are the same, but you cast with your rod held low and parallel to the water surface - ideal for avoiding the overhanging branches so prevalent along most Midwest trout streams.

It won't take long to get the hang of it. Then you'll be all set to enjoy some great summer fishing for gorgeous trout that you'll have all to yourself. If you're like most people, you'll quickly come to wonder why you didn't get into this years ago. Enjoy!