Saddle Up For Big Fish 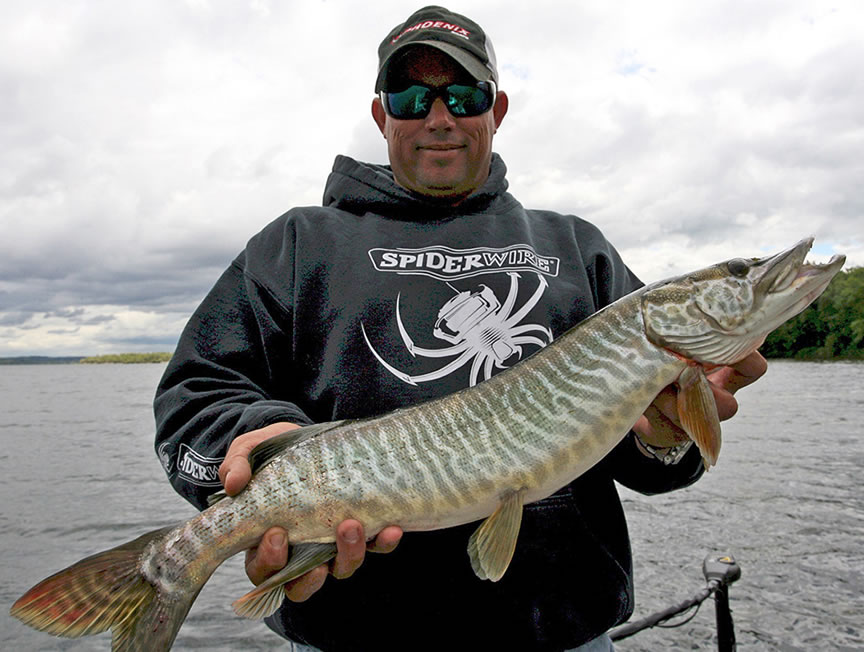 Saddles attract a wide range of fish, from smallmouth to walleye to pike and muskie - and even tiger muskie like this fine fish displayed by Bobby Lane.
We all have our favorite fishing spots, but mine is straight out of a spaghetti western. While scores of other anglers pound obvious spots like shoreline docks and pad beds, I head straight for places you can only see on navigation charts. Because these unseen gems see little fishing pressure compared with more obvious locations, they're always productive - and especially so when conditions are tough.

The "western" part refers to their name. When it comes to producing big fish on a consistent basis, my favorite spots are the saddles.

What's a saddle? The name refers to the way these underwater ridges might look if you were to step over the side and look at them from a fish-eye view. Imagine an island situated off a rocky shoreline, surrounded by deeper water except for a shallow ridge that runs between it and the shore. That shallow ridge is a saddle, and it's a magnet for all sorts of game fish. Yet almost nobody fishes them.

I like to think of saddles as highways for fish. Fish which swim from the shoreline to the island, or between various islands, will usually follow the saddle, using it as a trail. By positioning yourself at some point along this underwater highway, you're in a great position to intercept these passing fish. 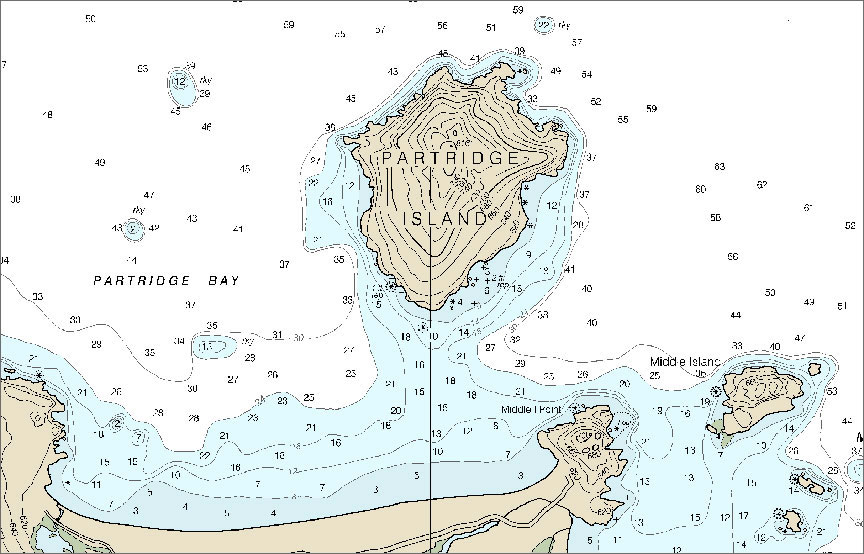 Saddles are shallow ridges that connect offshore islands to the shoreline, or two or more islands together. They're natural fish magnets.

Tops In The Wind

Saddles are particularly great spots when the wind blows across them. Wind makes waves, and waves move stuff like algae. When the wind blows onto a saddle, small fish gobble the stuff up like mad, taking advantage of an easy feeding opportunity. Bigger fish get right in line and stuff themselves on smaller fish that get so caught up in feeding they lose caution. They might be on the down-wind side, hiding in the deeper water waiting to rush up and hit small fish that get blown too far from the cover. But more likely, they'll be on the windward side where they get first pick at the choicest morsels. That's when I'll cast big, noisy, attention-grabbing lures across the front face of the saddle all day, catching a variety of fish all eager for an easy feed. Because the action is so visual and so aggressive, fast-moving, flashy lures get the most strikes. Spinnerbaits are the undisputed king for fishing saddles in the wind, being big, flashy, easy to cast and able to shed most types of weeds. They're also effective at a wide range of depths, allowing you to throw them right up into super-shallow water then bring them back just above bottom regardless of the water depth. I tend to prefer heavy spinnerbaits in the 3/8-ounce to ½-ounce range. Colorado-style blades are fine for relatively shallow saddles with depths down to about 6 or 8 feet, but in deeper water I prefer willowleaf-style blades because they run deeper while still covering a lot of water. Silver or gold blades blades and a simple white or chartreuse skirt is a deadly combination in almost any conditions, for everything from smallmouth to walleye to pike and muskie.

Spinnerbaits are great for covering water during windy conditions, and appeal to a wide variety of fish.

The King Of Dead Calm

Although saddles can be great places to score big in the wind, they're also spots to keep in mind on those dead flat, glassy calm days when it seems like every fish in the lake has developed lockjaw.

Rather than the aggressive approach with the spinnerbait, calm conditions are ideal for finesse offerings. One of the best is a simple inline spinner, like a number 2 or 3 Mepps Aglia with a silver blade. You'll want to keep the boat well away from the structure and make long casts, fishing the spinner as close to bottom as you dare. This is a great approach, as it gives you the finesse required to tempt inactive predators while still letting you cover a fair amount of water in a day.

Next time you find your favorite spots over-run with other anglers, take a look at your graph or a navigation chart, and give the saddles a try. You'll be glad you did.