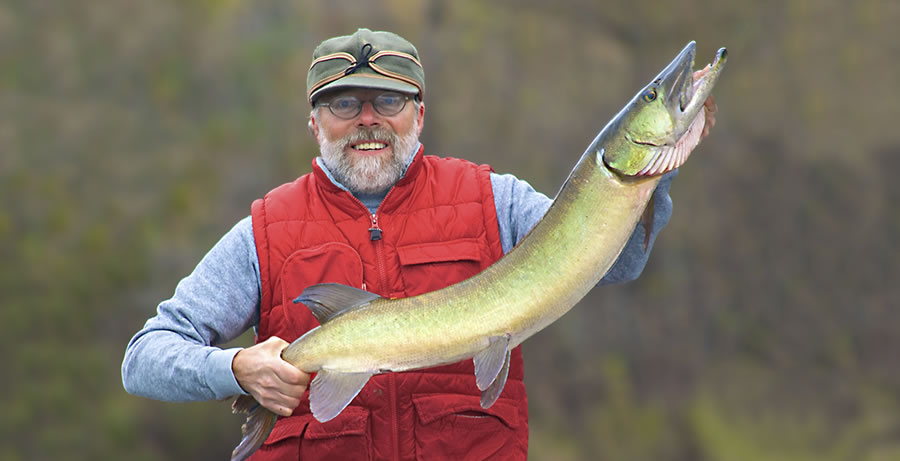 They're supposed to be the fish of 10,000 casts. But when it comes to catching muskie, June is an exception. That's when large numbers of post-spawn fish converge on shallow areas where they actively feed to regain lost weight. It's not prime time for catching the biggest muskie of the year, but when it comes to catching numbers of nice fish, June just can't be beat. It's the one month where every critical factor comes together at once - the fish are easy to find, the fish are more than cooperative, and the actual fishing is about as easy as it gets.

Without a doubt, the easiest way to find early season muskie is to start with a good navigation chart. A few minutes spent checking out a map can eliminate a ton of water in a hurry, and allow you to focus your efforts on the highest-percentage spots.

Start by finding the areas muskie will use to spawn. Shallow, weedy bays with anywhere from two to eight feet or water are prime spots, especially if they face out onto the main body of the lake so the fish don't have to travel far to their deeper, mid-summer habitats. Bays that have extra features, like an inflowing stream that will help oxygenate the water, are especially attractive to spawning muskie. Similarly, bays located on the north side of a river or lake, which enjoy more exposure to the warming springtime sun, tend to also attract more fish.

Once you've identified a couple of potential spots, prioritize them on the basis of size, water depth, proximity to deep water and extras.

By this time of year the muskies will have completed spawning and won't still be in these spots. But, they will be very close by. The spots you want to fish are bottom structures located between the spawning bays and the deeper main lake basins where muskie will spend the hottest part of the summer. Look for shoreline points, islands, reefs, and especially any underwater saddles that rise like ridges to connect the shore to offshore islands, or connect two or more islands together. Areas with rocks of different sizes or, better yes, mixed rocks with some weed cover thrown in are prime spots for muskie to gorge on smaller fish, which are themselves also wrapping up the spring spawning season and regain lost weight.

I like calm, sunny weather when targeting early summer muskie mainly because it makes my job of seeing these underwater features that much easier. Mornings and late afternoons tend to out-produce the mid-day hours, but on overcast days the bite can last all day.

Windy days make the fishing a lot tougher, by making it harder to see the shallow features and requiring you to make constant corrections with the electric motor to keep from drifting out of position, but the breeze can also stir up muskie and get them snapping. The windward side of points and shallow reefs can really turn on when there's a breeze blowing on them. It's not my favorite, but it can be highly productive.

I usually pride myself on being a versatile angler, and always being ready to use a variety of different techniques. But for early season muskie, it's simple fishing and nothing beats casting those shoreline spots with hardware.

I like to park the boat a long cast from shore, and fire my lure right up into the shallow water. Inline spinners like the Mepps Muskie Killer are easy to cast, easy to work at different depths and offer an extremely high hook-up percentage. Experiment with different retrieve speeds until the fish show you want they want. 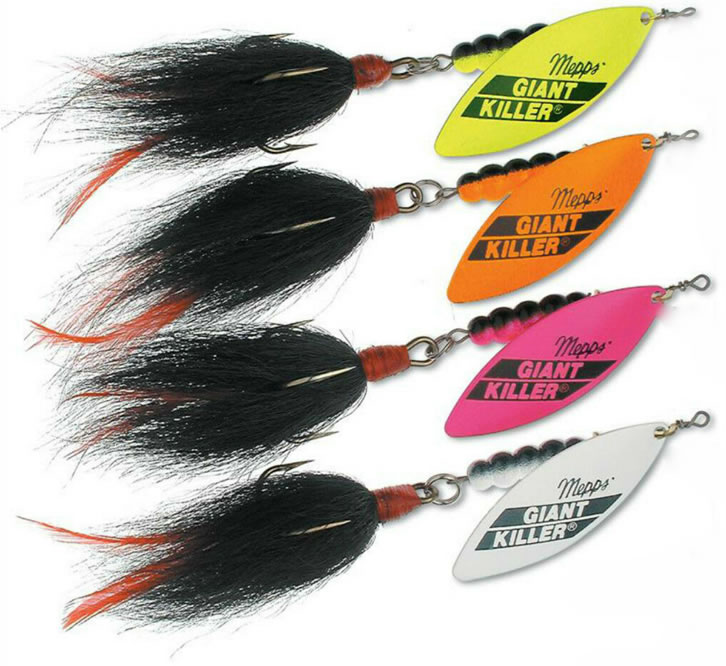 Other times I'll break out a buzzbait. The surface lure doesn't always appeal to shallow muskie, but when they're in the mood for it there's just nothing more exciting in fresh water. Make long casts right up onto the shoreline and bring it back in a steady retrieve as slow as you can go while still keeping the blades turning. I like larger profile Buzzbaits, with the Strike King Double Take being my favorite for its ability to make a huge amount of noise at even super-slow speeds.

Fish of 10,000 casts? Not always. Get out on the water right now and cast the shallows for some of the easiest muskie fishing of the year. You may not find giants, but you'll never have more fun.