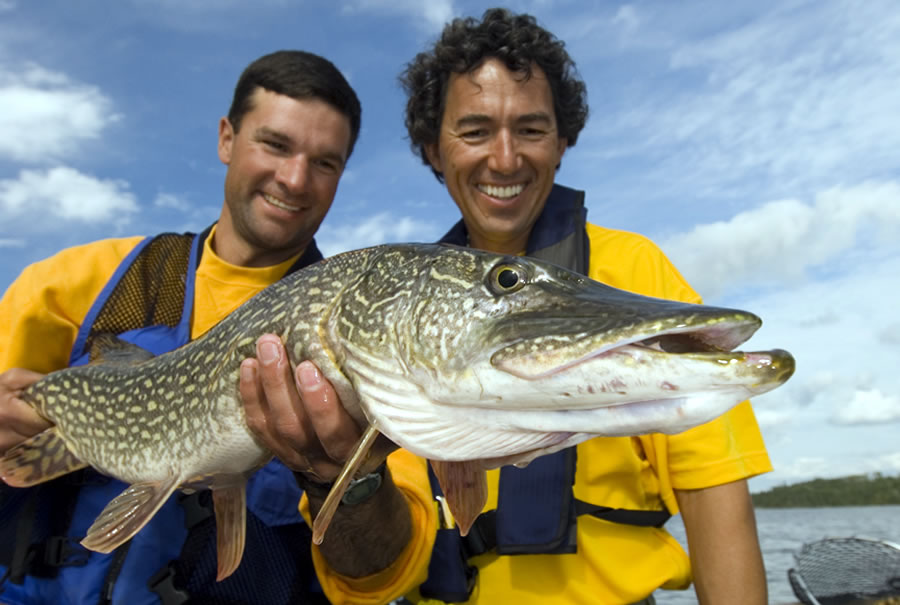 Spoons have long been a staple for spring pike fishing, when post-spawn fish remain concentrated along shallow shorelines. The standard technique of fishing with spoons - constantly casting as you move slowly through a weedy bay or along a promising-looking shoreline - is a big reason for their effectiveness on pike. This basic approach of covering water with a lure you can fish fairly quickly will sooner or later put you in contact with active fish. Although it appears a simple way to fish, drifting and casting this way is actually a very scientific way of eliminating dead water.

But the standard chuck-and-reel approach isn't the only way to fish spoons - not by a long shot. Sometimes pike hang tough and refuse to hit. That's when you can resort to a couple of sneaky spoon tactics to raise hits from reluctant fish. There are two basic variations to standard spoon fishing - dredging and burning.

Dredging the bottom works only on flat clay or fine sand bottoms where your lure won't constantly snag up. The idea is to use a spoon that's so heavy, and to retrieve it so slowly, that it constantly slams into bottom, plowing up a long, steady trail of sediment. In the water, this action looks remarkably like a sucker feeding on bottom. The key to dredging is to work the spoon as slowly as you can, while kicking up as much mud and debris as possible. Huge, wide, almost round spoons work best, as you can usually retrieve them at a crawl yet maintain a wide, sweeping action. The bigger, the better.

Although this technique is admittedly tough on painted finishes (and hook points - check them for sharpness often), it works so well on spooky pike it should probably be outlawed. It's especially effective in very cold water, for highly pressured fish, following a cold front, or any other time pike are lethargic. 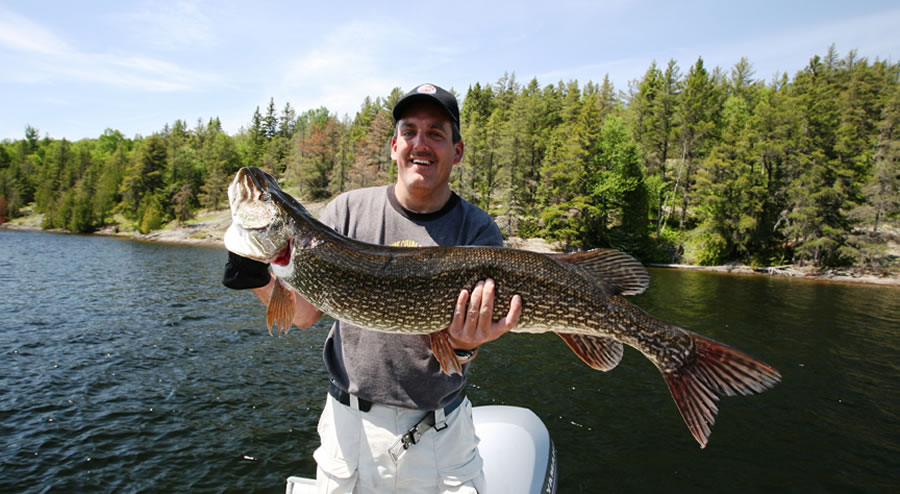 Burning spoons is the opposite approach to dredging. Rather than plod along slowly, the idea with burning is to retrieve the lure as fast as you can crank the reel. Then turn it up a notch. The term burning refers to the way your arms will feel after a few hours of fishing this way. Don't worry about going too fast - you can't outrun a pike.

Pike hit burned spoons out of reflex; they see the movement and must either respond immediately or lose a potential meal. Burning spoons works best in situations where pike face high competition from others of their own kind. Right after spawning, for instance, when huge numbers of pike are in shallow water all competing for the same food source. Burning is also highly effective when fishing for pike in current areas, such as below a major waterfall, dam or rapids. In these places, meals come and go quickly, and the fish must either respond instantly or go hungry. You don't want to give them the opportunity to look things over - you want that instant reflex reaction. Hit or starve.

The way pike hit a spoon fished this fast has to be experienced to be believed. Where pike will often just pick up a dredged spoon and swim off with it, they absolutely crush burned spoons - the result of the fish doing up to 30 mph when they make contact. You'll never feel a harder hit in your life.

Burn them. Dredge them. Or leisurely pick your way along a shoreline on a sunny afternoon. Whatever your approach, make spoons a part of your spring pike arsenal and you might just find they quickly become your go-to choice. For sheer simplicity and sheer effectiveness, they're very hard to beat.