For the type of fishing I do, spinning reels are my reel of choice. Over the past 15 years I've had the pleasure of fishing and then writing reviews on dozens of reels by all the major companies, and, I'm picky about the reels I use to chase smallmouth bass. 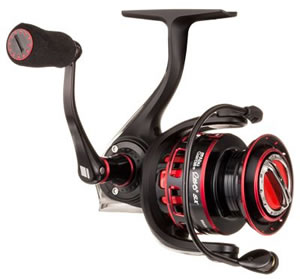 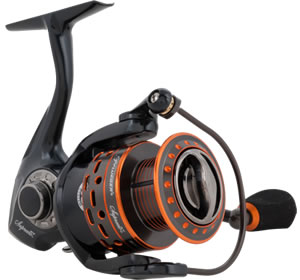 BILL In recent years more and more spinning reels have increased the gear ratio from 5.0:1 or 5.2:1 to the faster 6.0:1 and 6.2:1, which I love. Why have you done this?
HUGH The increase in gear ratio allows the angler to retrieve line faster. While we do still offer lower ratio reels for techniques that require a slow retrieve, in general, it is much easier and more effective for anglers to adjust presentations by slowing down cranking speed rather than speeding it up.
BILL As the price of reels climbs, the weight goes down. Please explain?
HUGH Every component of a lightweight reel is designed and built with high-tolerance, high-grade materials that must meet specific durability standards. This increases costs.
BILL Every few years popular reel series get a facelift or a re-do?
HUGH The timeline for this process is three to five years.
BILL What's behind bringing out completely new models?
HUGH Generally, new innovations are driven by a mix of angler and market demands, material innovations, style, engineering performance upgrades and brand strategy.
BILL How has durability changed over the past 10 years?
HUGH The evolution of materials has been the primary factor in reel durability through the years. Materials like high-impact polymers, carbon composites, advanced aluminum and steel alloys, as well as advanced lubricants are examples.
BILL There seems to be less need for anglers to do maintenance on the newer reels. Is this correct?
HUGH Yes. Because of the more advanced lubricants and tighter tolerance gearing and components, newer reels require less adjustment and maintenance that in the past.
BILL Tell me a little about the design and development of new reels?
HUGH New reels start out as an idea which is then refined by a team of specialized developers. Initially, a specification is compiled which then goes to industrial design, engineering and branding.
BILL Testing is so important. Who do each of the companies use for testing?
HUGH Testing is conducted in both the laboratory and field. There is a very long list of standards that reels must pass in the lab. Once this is complete, a selected group of anglers are used to test the reels in many fishing situations.
BILL Do large customers like Bass Pro and Cabelas get involved with requesting certain bells and whistles in reels?
HUGH Sometimes. This can vary, but we do have specific projects that we are able to work on for our customers.
BILL I see similar features on reels from various companies. Are certain Pflueger and Abu Garcia patented?
HUGH Many features are patented and many are not. This is determined by how differentiated the feature is. Obviously, a lot of spinning reels function similarly and that is why you see some crossover.
BILL I see a movement to eliminating the anti-reverse "lever". No more back-reeling? Can you tell me about this?
HUGH Back-reeling is an old school technique that used to be preferred because drag systems used to be very inconsistent. Modern drag systems are so smooth and consistent, the popularity of this technique has diminished.