Drip-shot rigs exploded onto the tournament fishing scene a few years ago, but the basic idea of hanging the weight a foot or more below the hook has been around for decades. Anglers and commercial fisherman on coastal waters have caught bottom fish like cod and flounder this way for generations, while walleye pros have fished with similar rigs and live baits this way in the 1950s. The big innovation in dropshotting that put it onto the tournament fishing map was the adoption of finesse soft plastic baits in place of live minnows, and the use of clear fluorocarbon lines that made a real difference when gunning for spooky fish.

Just in time for the fall, further innovations that came out of this summer's ICAST show will soon be making their way to shore shelves, and out on the water to unsuspecting fish.

Since its debut in 1989, Berkley's PowerBait lineup has become a favorite of anglers worldwide for its ability to entice even the most reluctant fish to strike, and make them hang on longer, giving anglers more time to set the hook. This is super-critical in dropshotting, where spooky fish often bite lightly and feeling those subtle hits can be the angler's biggest challenge. 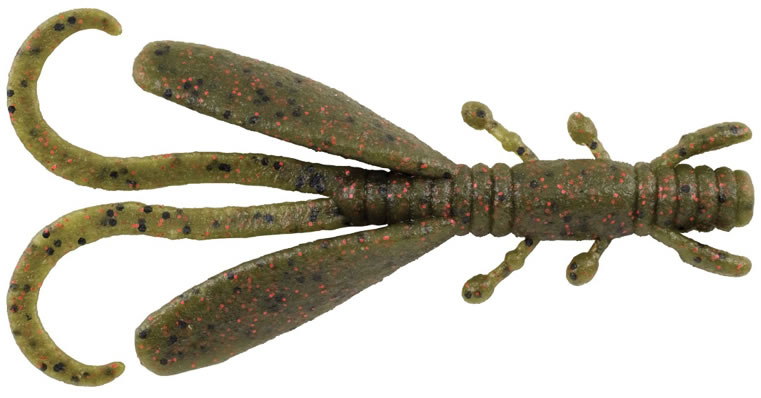 At ICAST this year Berkley revealed a major expansion of its PowerBait MaxScent family, with several new shapes and sizes including styles suited to dropshotting, like the new Critter Hawg and Hit Worm. Whether you nose-hook them or present these baits wacky style, MaxScent baits release a super-charged scent to attract wary fish, while a generous infusion of PowerBait flavoring has them hold onto the bait up to 18 times longer. That's a huge advantage, and one which anglers can really benefit from when fishing for spooky or inactive fish like late fall smallmouth in deep water.

Dropshotting is a super-stealthy presentation that dictates anglers use fine fluorocarbon that fish can't detect. But the need for extreme sensitivity gives no-stretch superlines a massive advantage in detecting hits. That's why the most successful dropshot anglers use both, fishing the bait on a leader of light eight-pound fluorocarbon, while using a high performance braid as the main line. Connecting the two with a small inline swivel about two or three feet above the hook preserves the stealth of the fluorocarbon while also alleviating line twist, which can be a problem when fishing some baits wacky style.

Berkley's new x5 Braid and x9 Braid - named for the number of strands they each contain - should really appeal to dropshot anglers since were designed for maximum strength and abrasion resistance while delivering enhanced sensitivity. Made from bulletproof 100 percent PE fibers, both X5 and X9 come in a variety of break strengths and in a choice of low-vis green and crystal colors, making them a great choice for main line when fishing this type of presentation.

Rods for dropshotting should have a soft action to allow a proper presentation, and a sensitive tip to help register bites. Most anglers prefer light spinning outfits of around seven feet, which balance best with the 1/8-ounce and 1/4-ounce weights that are most often used with this technique.

Dropshotting has always been one of the most effective finesse presentations going. If you've never given it a try, maybe you should. We're coming into the best time of year to put this method to the test, and the chance to catch some of the biggest fish of the year.