Do You Have What It Takes To Be A Pro Angler? 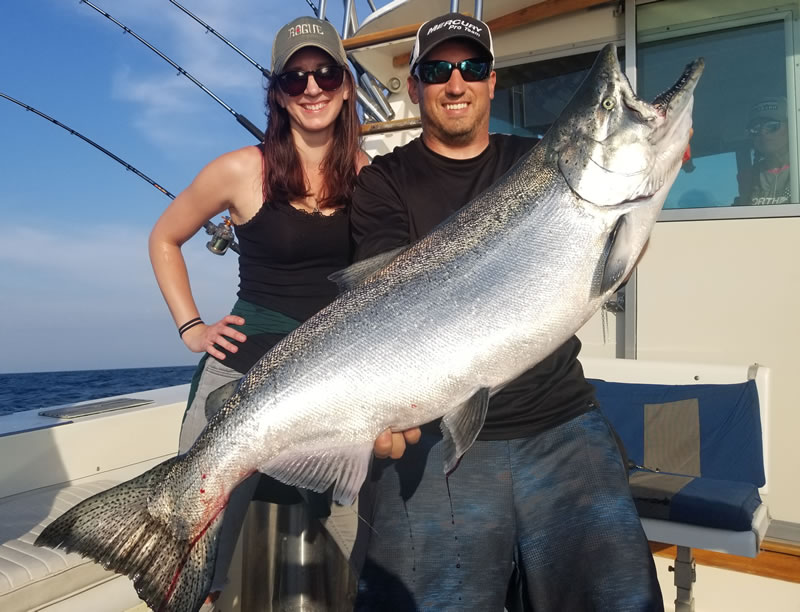 This past week, the boys finally had no sporting events or fitness programs to go to so we planned a few hard core days of fishing so they could tackle some fish off of their master angler list. We spent four days from sun up to sun down tackling the water from small lakes to Green Bay.

After the second day we were getting exhausted and by day four we were ready for a break. That got me to thinking which is not always a good idea but in this case it was. Could I do this day in and day out for a lifestyle or living? I mean, six hours after being off the boat I still felt like I was rocking in the waves.

Well I did not have to go far to find the answer. Nolan Koepp, charter captain of Top Gun Charters and Max "Wishin' I was Fishin'" Wilson professional walleye angler spend more time on the water and hit it harder than anyone I know.

My brother always criticizes me for being addicted to fishing and that I probably have gills. I am nowhere near Koepp or Wilson. Both are on the water non-stop and seem to be the energizer bunny when it comes to their motivation.

Interviewing these two was unique in that they are both on the water but have a different skill set when it comes to staying fresh.

Koepp estimates that he is on the water over 300 days a year. During the summer he calls Port Washington home and charters as many as three trips a day. During the three month bite he spends about half his time overnight on the boat which gives him a little extra sleep between trips. You can expect him to be up at 4:30 in the morning, getting ready for his 5 am trip. If he runs an evening trip, which is quite often, he gets in, cleaned up and done at about 10pm.

Wilson fishes almost every day during the tournament season and it is a different body of water every week, which is the biggest difference between the two. On final weigh in days, he sticks around until weigh ins are over and then drives his rig to the next venue. In the month of June and July he put on 20,000 miles on his truck. When he gets to the location he checks in the hotel and hits the water at sun-up. If he is tired he gets out at about 8am. He and his partner Isaac pre-fish from sun up to sun down.

Max noted that many anglers stop pre-fishing at the time the tournament would stop but he keeps on going and is relentless.

"We want to find fish, they are not going to move out of an area that much between the afternoon and evening, so it provides us with more knowledge for game day."

Fishing a new lake has it's disadvantages in having to work a lot of water to find fish. Wilson has to stick to the program week in and week out. Find the fish, leave them alone, and hope they are there on tournament day. If the fish are on a spot see if they will bite on other baits in case the conditions change. It is a constant game of questions looking for the right answers and then Mother Nature can throw you a curve ball.

He recently fished a tournament on a lake that was driven by wind. The night before the tournament the wind switched and their go to spot went from 70 degree water to 56 degree water. That will switch things up for you making tournament day really another pre-fish day and when fishing against professionals something you cannot afford to do.

Wilson has dealt with a lot of adversity this year including engine problems on his truck, and flat tires on his trailer. When asked what he disliked the most about the circuit, he did not hesitate in his answer, "the drama." Dealing with the cliques and everything with the other anglers can become taxing. He even received some pretty big threats because he wears a flat brimmed hat while fishing. That prompted him to invent 'Flat Brim Nation' which has quite the following.

At 21 years of age Wilson is a young gun on the circuit and shows a great deal of character and charisma while on the water. "You have to realize that everyone out there knows who you are and that you have a boat wrap and are not only representing you but sponsors as well. I take that as great responsibility."

The tournament season is starting to wind down but will go until October, then Wilson switches gears over the winter and works as a sales associate for a Corrugated Manufacturer. His boss is great with the situation and Wilson is lucky enough that he fishes some tournaments as well and enjoys the outdoors.

When Koepp's season ends on the Big Pond, he switches boats and tactics and heads to Green Bay to guide for trophy Musky. The minimum size on the bay is 54" so there are some dandies out there. That winds down in September and then he moves to guiding for ducks through November, by that time it is nearly ice season. That is where you can find Captain Nolan on the Bago system chasing fish on the hard water. As that season ends he goes back to the Bay to get on the trophy Walleye bite followed by the Smallmouth bass bite. Both of those windows are smaller than the lake Michigan salmon bite which is the most taxing.

Having a love for fishing is the obvious reason. I have fished with Captain Nolan several times as he is the Wisconsin Rapids Ice Fishing teams go to guide on the ice. He is always polite, ready to help and knowledgeable. Not all guides are like that. The boys and I had a run in recently on Green Bay with a guide and after asking a few questions to others the word on the street was a bad reputation for the man.

Koepp like to keep things light and fresh on the boat. Perhaps you have seen a recent viral video of a young lady shotgunning a beer down the gullet of a big salmon. Something Koepp has coined to his name for special occasions. "When I was in Jamaica a few years ago they did it with a Mahi Mahi, so I incorporated it into bachelor party groups and it was a big hit." 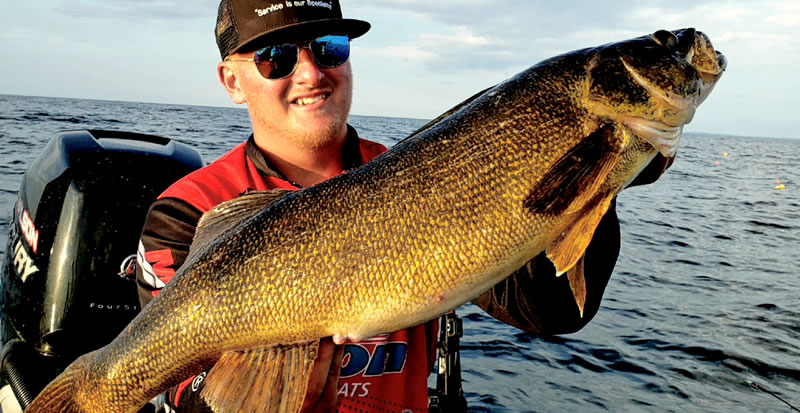 Having fun on the water is key. Especially when you fish the same body day in and day out. When asked what his favorite part of the job was it was an easy answer, "Having people that have never fished or caught a big one catch that fish, it brings a lot of energy to the boat and to me."

Both Koepp and Wilson are not the best at eating on the boat, which I can attest to as well. "At around 11 am I am always looking at Isaac and asking him why we did not bring a lunch." Wilson quipped. Koepp says he eats beef sticks like a second job. Both are very adamant however on being well hydrated packing plenty of water and Gatorades on the boat.

When asked what they do in their free time, it revolves around the outdoors, even when he heads to the tropics for a break Captain Nolan likes to get out and fish. It is in their nature, in their blood and they are well equipped to handle it.

Both gents have a great following on facebook (WILSON) (TOP GUN CHARTERS) and after interviewing them I feel I got to see the insides of their lives, one that you constantly have to watch your P's and Q's. Koepp says it is pretty easy to be laid back after doing this for nearly 20 years. "I have great clients and I work with them before the trip to make sure they are prepared and are ready to have a great time."

Jealous? If you are like me there are certainly days that you are. After just living the fishing aspect of it and really thinking about all the other parts to the puzzle besides the monetary aspect you really have to be committed. Flat Brim Hats off to these two great fisherman.

Scott Stankowski
Scott Stankowski is the senior outdoor writer for centralwisconsinsports.net and produces weekly articles, typically highlighting getting kids active in the outdoors. His family prides itself on living off of the land. Scott also takes the mantra into the classroom where he teaches environmental science at Wisconsin Rapids Lincoln High School. Scott and his sons have won numerous titles in turkey and deer calling at the state level. Scott and his sons have a national outdoor television show titled Growin' Up Wild and can be found on Facebook.
TRENDING DISCUSSIONS
Advertise here