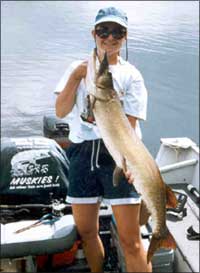 One of the most frequently asked questions I hear is, "So, what is the best lure?" What a question! With a gazillion lures on the market today, in every size, shape, and color it's hard to single it down to just one lure. What I can do though is share what I affectionately refer to as my "Dirty Dozen". Yes I have more than 12 lures in my arsenal, but when push comes to shove I have the top 12 producers that I will turn to time and time again.

Before I get into breaking these down, I have a few comments I'd like to make first as a point of reference. My honest answer to the initial question, "what's the best lure", is this, "whatever lure you throw the most, with the highest level of execution and confidence." I believe it's as simple as that. The most important elements in your lures have more to do with your end of the rod. First point is this…are you covering water or digging through your box for a lure. Second and most important…do you have confidence in the lure? That's the big one there folks, because if you have confidence in that lure, your covering water knowing that on the next cast you're getting bit. Without confidence in a lure you take a hand full of cast's, and then start digging some more for the next lure that'll get another hand full of cast's and so on. With that in mind, my Dirty Dozen are the top 12 lures that catch fish, and that's why I commit to them. I have watched many people spend the whole day throwing some of the craziest stuff, start getting dejected because they're not getting any action, and when I ask if they have ever caught anything on that lure they say, "No, but it sure looks good." I have a ton of lures that look good in the water but there's one thing they all have in common, THE MUSKIES AREN'T BITTING THEM!!! Does that mean the lures are no good? No. Maybe I am not working it right, or I'm using it under the wrong conditions, and for some of them…they just suck.

With all that said, here we go, in no particular order:

SUICK
This was actually the lure that started it all as I was responding to the tread on the message board "Lure you'd go back into a burning house to get." I responded that my favorite suick is currently in a safety deposit box at the bank so I don't have to worry there. While all suicks are created equal, there always seems to be a "special" one that for whatever reason just out performs all others. I use a wide variety of suick's booth weighted and non-weighted, but my all time top producer is the non-weighted, perch colored suick. There have been days that it was the only lure I threw from sun up, to sun down.

SUICK SUPER 10
This is the bigger version weighing in at a whole 1" longer, with a little more girth, I will use this as a throw back on the picky one's who followed on the regular suick.

BURT
Another heavy weight in the jerk bait class, and similar to a suick in presentation, this lure adds a different dimension….NOISE!!! I like the rattle chamber in these lures, especially when the fish are less active. Favorite color…firetiger.

SQUIRRLEY BURT
Another great example of subtle variation. If the regular Burt isn't getting it done, then I switch to this lure. The big rubber tail seems to be irresistible when the follows are lazy, and the fish just seem to be looking. Sucker pattern has produced best.

TOPRAIDER
Here's an awesome top water lure. You can cover a lot of water, and it's a foolproof presentation. Black with an orange blade has been the top producer in my top water arsenal, and I will throw this one all day from June through October. 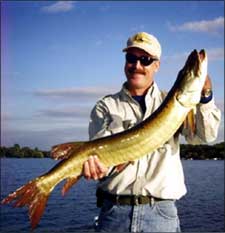 GIANT JACKPOT
This is the "counter punch" to the Topraider. The Jackpot is a slower, walk-the-dog presentation and a sure way to go back and stick the fish that only looked at the 'raider.

SUPER TOP PROP
This lure is the only weedless topwater lure I know of. You can throw this thing over the thickest slop on the lake without ever fouling out. It comes in two variations, one with a single hook at the tail which gets dressed up with a piece of soft plastic making it weedless. The other has the Mepp's bucktail dressed hooks. In addition to the weedless feature of this lure, it also offers a completely different profile form all other top waters which may be the most alluring feature of them all.

SLAMMERS
Slammer makes a crank bait for every application. Deep, shallow, in between, and the color patterns are the best I've seen. The best thing with these cranks is how versatile they are. You can crank, twitch, jerk, or troll them. When trolled they perform the best over a lot of other brand names, they run with great action and they don't "blow out". If you have seen these lures, you know then the level of quality Bill Schwartz puts into them.

ERNIE'S
Another good crank bait, with the added feature of a rattle chamber. I use these when visibility levels are poor, or as a throw back if a fish just looked at a regular crank.

JAKE'S
This is a great crank. It has a great profile, with a great wobble in the water. I like to twitch the small 6" in the spring, and then jerk the 10" in the fall. I will usually have these working as a counter punch to the Slammers.

MEPP'S GIANT MUSKY KILLER
If you don't have a Giant Musky Killer you're just not musky fishing. I throw these things almost all season, with the top producer being a brass blade with chartreuse hair. I stick more fish on the figure-8 with these lures over any other.

MEPP'S MAGNUM MUSKY KILLER
Black hair with a silver blade. I could write an entire article on this spinner. The main thing I like with this one is the big blade and extra thump it gives in the water, along with it's ability to ride over submergent vegetation. It also boils nice on a fast retrieve.

There you have it, the Dirty Dozen. I know that I didn't really get into the details of when and where with these lures…that's what part 2 is going to cover next month. Until then, start reviewing your arsenal and establish your Dirty Dozen for the up coming season.

Best to you, and better fishing,

Dennis Radloff
Dennis Radloff is the owner and operator of Sterling Guide Service which specializes in Walleye and Musky Fishing. Dennis has helped run and coordinate many of the Lake-Link.com Youth Tournaments. He is also a PMTT angler, Dave's Turf & Marine/Princecraft Pro Staff, and a Mepp's Field Staffer.
BITS & BITES
Advertise here